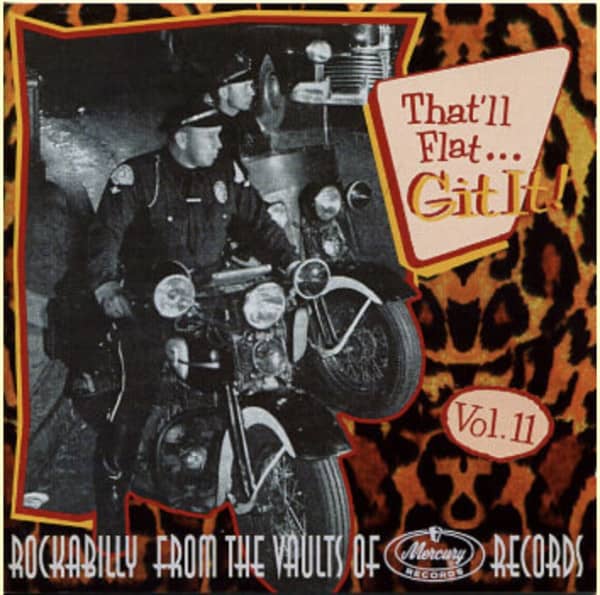 Chicago-based Mercury Records - named after the make of car - was founded in 1945 by Irving B. Green, an industrial engineer who designed the industry's first automatic pressing plant, and Berle Adams, who managed Louis Jordan, the biggest attraction in black music. Promotion was headed by Art Talmadge, later Vice-President of A&R.

Green, whose father owned National Records, noticed that major labels had cut back on minority interest music because shellac, used in record manufacture and wartime munitions, was in short supply. He imported large quantities of the crucial ingredient from India and began concentrating on R&B with a slick, jazz-tinged orientation. The music didn't require much orchestration or arrangement, and money saved on recording costs could be spent on manufacturing, distribution and promotion. A couple of recent R&B boxed sets have served to illustrate Mercury's huge success with that strategy; the label became Atlantic's closest competitor with over 40 R&B hits by Dinah Washington alone.

Mitch Miller's productions for Tony Martin and Frankie Laine added mammoth pop hits to the catalogue and the company was soon firmly ensconced among the five or six major labels. They helped pioneer new techniques like multi-tracking (eg Patti Page's mega-hit, Tennessee Waltz) and marketed some of the first 45s with a zealousness that impressed industry hustlers like Buck Ram. "Mercury was a running company" Ram once confided. "Boy! The minute they smelled a hit they covered all the jocks. They really knew what to do with the satchel." Ram's group, the Platters, had the first R&B hit to reach #1 Pop.

Mercury also dabbled in country music, becoming the first label to appoint a full-time A&R man in Nashville. When Murray Nash, who signed Flatt & Scruggs, resigned in 1951, the company took on Walter D. Kilpatrick, a former marine and Capitol salesman from Kannapolis, North Carolina. (Nash, who joined Acuff-Rose, subsequently pitched songs, including Slip, Slip, Slippin' In, to his successor).

In some ways, Kilpatrick, who supervised sessions by Curtis Gordon, Eddie Bond, George & Earl and Billy Wallace, is the hero of this anthology even though he didn't much care for the music. "I thought it was the Devil's workshop" he told Colin Escott. In common with other major labels, Mercury's executives had difficulty understanding a grass-roots movement like rockabilly and, apart from Love Bug Crawl, none of the records on this set made any impression on the charts.

Kilpatrick was impressed by Elvis Presley ("You know," he told Arnold Shaw "we've been watching this kid. He's dynamite in personals ...") but Irving Green turned down Sam Phillips's asking price. The company also dumped Conway Twitty just before he made it. As Kilpatrick indicated to Escott, the label lacked a commitment to C&W-based music: "I could never get an act off the ground in a really big way .... Country music is an attitude and Mercury was pop and R&B. The sales force wasn't orientated to country - they went where the buck was."

Fifty years on and the Mercury imprint still survives, albeit as a subsidiary of the Dutch-based Polygram company.