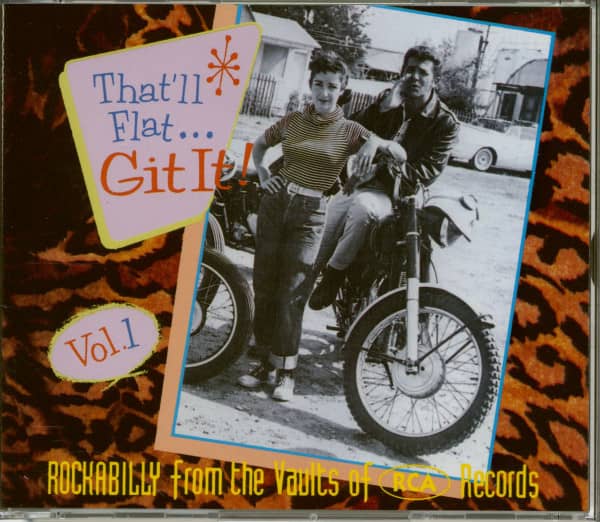 1-CD with 48-page booklet, 31 tracks. Playing time approx. 68 mns.
When RCA Victor signed Elvis Presley for the unprecedented sum of $40,000 in November 1955, the label's historic acquisition was not made solely on the whim of Steve Sholes, the New York—based Country Music A&R rep. Elvis's transfer from Sun involved several players with a vested interest in the outcome, and the decision was not so much a calculated risk as a carefully considered investment strategy in which the risk was spread between RCA Victor and the New York publishing house Hill & Range. In return Hill & Range would secure at least one side of every single Presley recorded for years.

If Sholes experienced any doubts as to the wisdom of signing Presley— —and there were those who scoffed at the price— —these were dispelled in February 1956 when Heartbreak Hotel entered the national chart and precipitated the astounding fusion of country, pop and R&B which cut such a swathe across the nation's musical consciousness.

Elvis inspired a generation to rise up in the name of the Shakin' Music, and he spawned a myriad of imitators though very few would taste the bitter—sweet nectar of fame. Extolling Presley's virtues in an article he ghosted in July 1956, Sholes was only half joking when he complained, "I wish I had half—a—dozen Elvis Presleys."

Basking in the reflected glory of Presley's dash to stardom, RCA Victor helped create a market for rock 'n' roll it could not possibly control or dominate. For the next few years, Sholes and his Nashville lieutenant Chet Atkins played a game of chance in which every guitar totin' son—of—a—gun was put through the recording mill in search of the Next Big Thing. Only in retrospect, and not for want of trying, was it apparent that stars such as Elvis could not be manufactured (significantly, Sholes' only other major discovery in the pop field was Neil Sedaka).

From the edgy self—conscious mewls of teenage novices to the jagged hoedowns of pensionable hillbillies, the sounds on this collection are wild card music born of the fear and insecurity which gripped RCA's A&R staff as they sought to consolidate the company's position at the head of a movement neither they, nor anyone, really understood.

My awakening in the '90's that there were hundreds of artists in the 1950's who tried out the shakin' music for size and that a huge percentage of these recordings are worth adding to one's grey matter!

Congratulations! This is an awesome collection and i cant say thanks enough, I thought i would never hear some of these artists, Amazing!