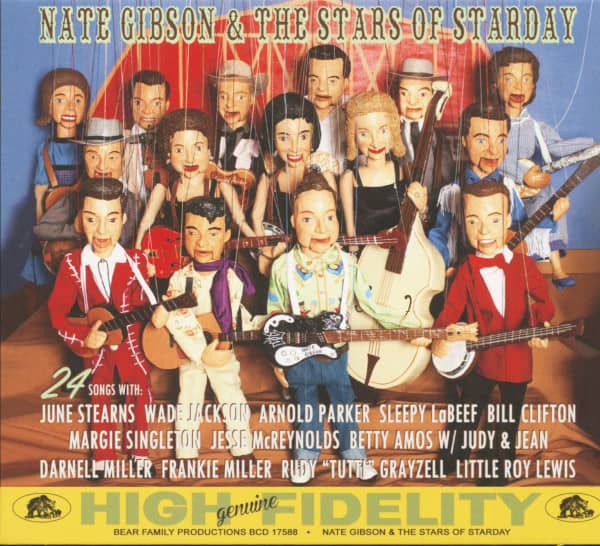 NATE GIBSON & THE STARS OF STARDAY

If this exquisitely packaged album contained as many bluegrass performances as it does 1950s bluegrass artists, I’d give it a highlight review. Even so, this album provides the most fun set of 24 new recordings of classic country and rockabilly music in many years. Guitarist and vocalist Gibson, who literally wrote the book about Starday, re-records songs with the original artists using Marty Stuart, Kenny Vaughn, and Chris Scruggs as the core band. This release extends his work with the typical 56-page Bear Family booklet, providing both the CliffsNotes version of his monograph and more recent interviews with these folks.

Little Roy Lewis, who appeared on more sides for Starday than anyone else, gets the honor of the one full-fledged bluegrass song, ripping ornately through “Saint’s Banjo March” with the support of Lizzy Long and the core band. Little Roy’s other track and both songs each with Bill Clifton and Jesse McReynolds lean toward classic country. Other Starday artists participating include rockabilly icons Sleepy LaBeef and Frankie Miller and songwriter Betty Amos, the second woman after Roni Stoneman to record Scruggs-style banjo. This is heaven for any lover of 1950s country. (Bear Family Records, Grenzweg 1, 27729 Holste, Germany, www.bear-family.com.)AM

Congratulations to Nate Gibson for a fantastic CD, released through Bear Family Records. It's the release of 2019 for me and likely still to be top at the end of the year. Wonderful booklet chock full of interviews and photos; great to see references among them, Nate - sign of a true wirter. Big shout out to Nico Feuerbach of Bear Family for picking up on Nate's Kickstarter project and to the wonderful artists involved including Rudy Tutti Grayzell and Margie Singleton Walton - y'all sound magnificent! 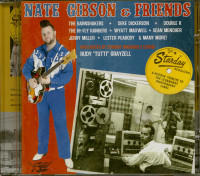 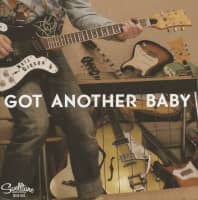