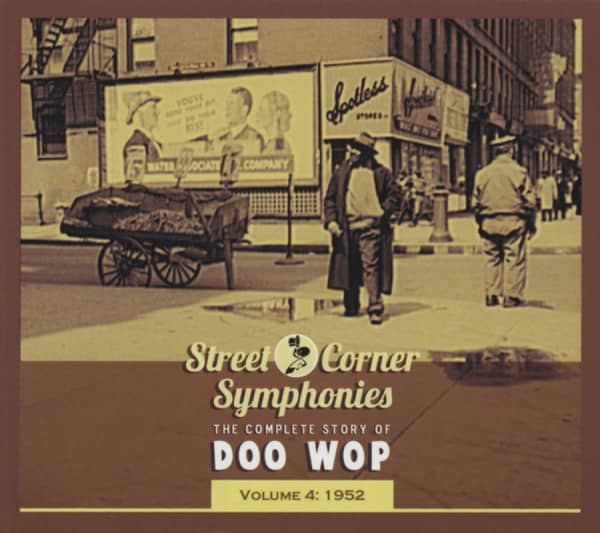 The R&B vocal group landscape was shifting in 1952. Groups that would persevere all the way through to the end of the decade as hitmakers - The Dominoes, The Clovers, The Five Keys - had taken their rightful place among the elite, in turn influencing the next crop of quartets and quintets. And more newcomers were already nipping at their heels: The Royals, The Checkers, The Serenaders, The Vocaleers, The Du Droppers. Some would be more successful than others, but all made valuable contributions to the genre's legacy.

Particularly seminal was the increasing influence of gospel music, through the pioneering innovations of Dominoes lead tenor Clyde McPhatter and the unabashedly sanctified "5" Royales. Plenty more would integrate the sound of the church into the R&B lexicon as the decade progressed, but nobody did it better than those two. Time was beginning to run out on The Ravens, undergoing personnel changes aplenty even as they scored their last national hit. The Orioles weren't selling the way they once had either, but that would change. Veteran aggregations such as The Four Knights and Four Tunes struggled to stay relevant to record buyers. In the latter's case, they would find a way to achieve that soon.

More than ever, feisty independent labels such as Atlantic, Apollo, Jubilee, Red Robin, King/Federal, Savoy, and Specialty were supplying a lot of the cutting-edge vocal group platters beginning to flood the R&B market. The majors had lost their mojo in that department, ceding the field to the indie operators who kept their ears to the ground for new talent. It was certainly out there to be had, up and down the East Coast from New York City and Philly to Baltimore and Washington, D.C., harmonizing in tenement hallways and under glowing street corner lamps.

That's where the real training grounds were; a dime store demo disc or an amateur contest victory could bring an instant record contract from one of those little labels, resulting in overnight stardom for a gaggle of hungry teenagers who would have had no chance whatsoever at getting past the lead secretary at a major label's posh offices. That was the magic of the R&B vocal group movement. It spoke their language, rendering it indigenous folk music for African-American urban teens.