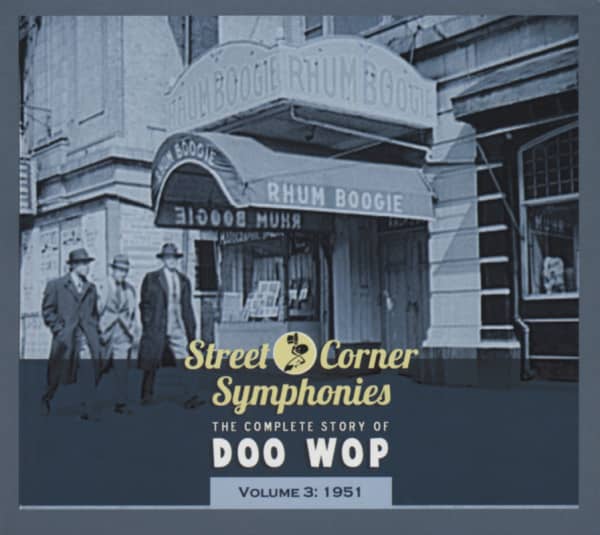 The old guard continued to steadily lose ground within the black vocal group firmament in 1951. The Mills Brothers, Ink Spots, and Delta Rhythm Boys were fast receding into the history books as guaranteed hitmakers, their once-groundbreaking sounds growing increasingly dated. Some veteran outfits such as Steve Gibson and The Red Caps gravitated in a more overtly R&B-oriented direction. Even The Ravens and Orioles, the two hottest groups of the immediate postwar era, had cooled off considerably; neither cracked the R&B charts the entire year despite releasing nothing but quality releases in both cases.

The next wave of younger groups - many profoundly influenced by The Ravens and Orioles - began to make their presence felt in no uncertain terms. The Clovers got noticeably bluesier after they signed with Atlantic, scoring two consecutive number one R&B smashes. Their labelmates, The Cardinals, hit big their first time out, as did The Four Buddies and The Swallows. It took The Five Keys all of two releases to crack the bigtime. Intriguingly, all of those groups hailed from Washington D.C., Baltimore, or Virginia, reminding us just how East Coast-centric the burgeoning vocal group movement remained. A handful of important groups - The Hollywood Flames, The Robins - were based in Los Angeles, but New York remained ground zero when it came to recording black vocal aggregations.

Having hit the R&B arena with a seismic impact the previous year thanks to his gospel-drenched vocal delivery, Clyde McPhatter continued to alter the concept of the secular group sound with The Dominoes in 1951, though his fellow Domino, bass singer Bill Brown, was out front on their gargantuan smash Sixty-Minute Man. The Royals - soon renamed The "5" Royales - took the sanctified approach one step further: the entire aggregation sounded like they were in standing in church despite the decidedly non-religious lyrics of their first R&B release, Give Me One More Chance. Like several other groups on this collection, they hailed from the Carolinas, where the spiritual influence seemed to run bone-deep (The Larks also had roots there).

Most of these newly emerging groups would continue to score hits as the decade progressed.