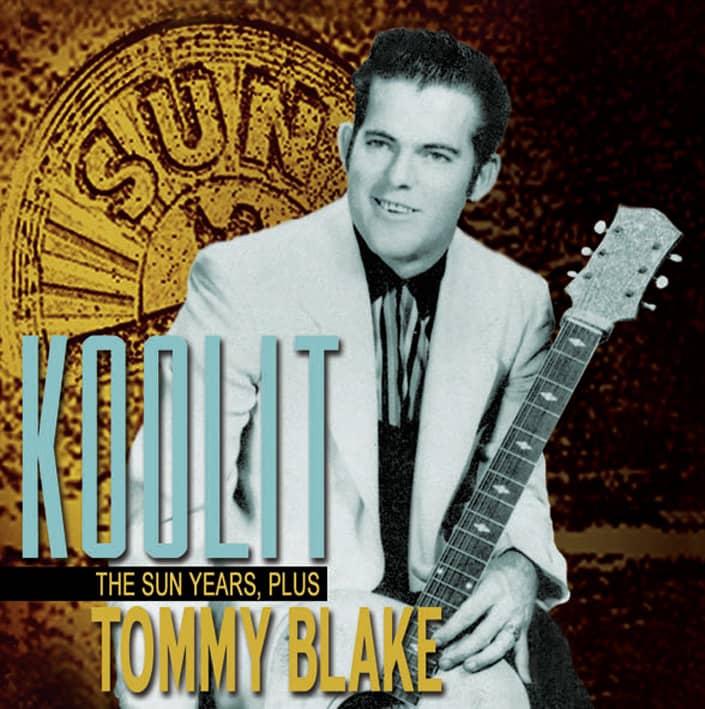 TOMMY BLAKE's life was a How-Not-To-Do-It manual. He angered Chet Atkins, changed names and aliases as often as he changed his socks, sold songs, then sold them again, drank, pilled, and beat up his wives. Thomas LeVan Givens was born in Dallas on September 14, 1931. He was jailed for rape while still in his teens, worked as a dee-jay in Shreveport and Ruston, Louisiana, and then landed a spot on the Louisiana Hayride.

He got on RCA, but gave his best song, Honky Tonk Mind, to Johnny Horton a week before the session. Chet Atkins then threw him off the label, and Blake landed at Sun's doorstep. There were two Sun sessions in 1957 and 1958. You Better Believe It dates from March 16, 1958 and features Roland Janes and Sid Manker on guitars, Stan Kesler on bass, J.M. Van Eaton on drums, and Jimmy Wilson on piano. It might have been one side of Blake's third Sun single, had there been such a thing. Blake moved on, now often calling himself Van Givens. He hooked up with Bill McCall at 4-Star Records, and sold him songs. He hung around George Jones' cowriter, Darrell Edwards, and sold more songs (including Tender Years).

He and Carl Belew reportedly wrote Lonely Street and Am I That Easy To Forget, but Blake had sold his share by the time they appeared. He kept a little photo of himself and Elvis by his bedside wherever he went as a reminder of what should have been. His second wife, Samantha, shot him to death on Christmas Eve 1985, during a drunken brawl under the Christmas tree.

Filter
Close filters
No results were found for the filter!
Tommy Blake: Koolit - The Sun Years, Plus (CD) Art-Nr.: BCD16797