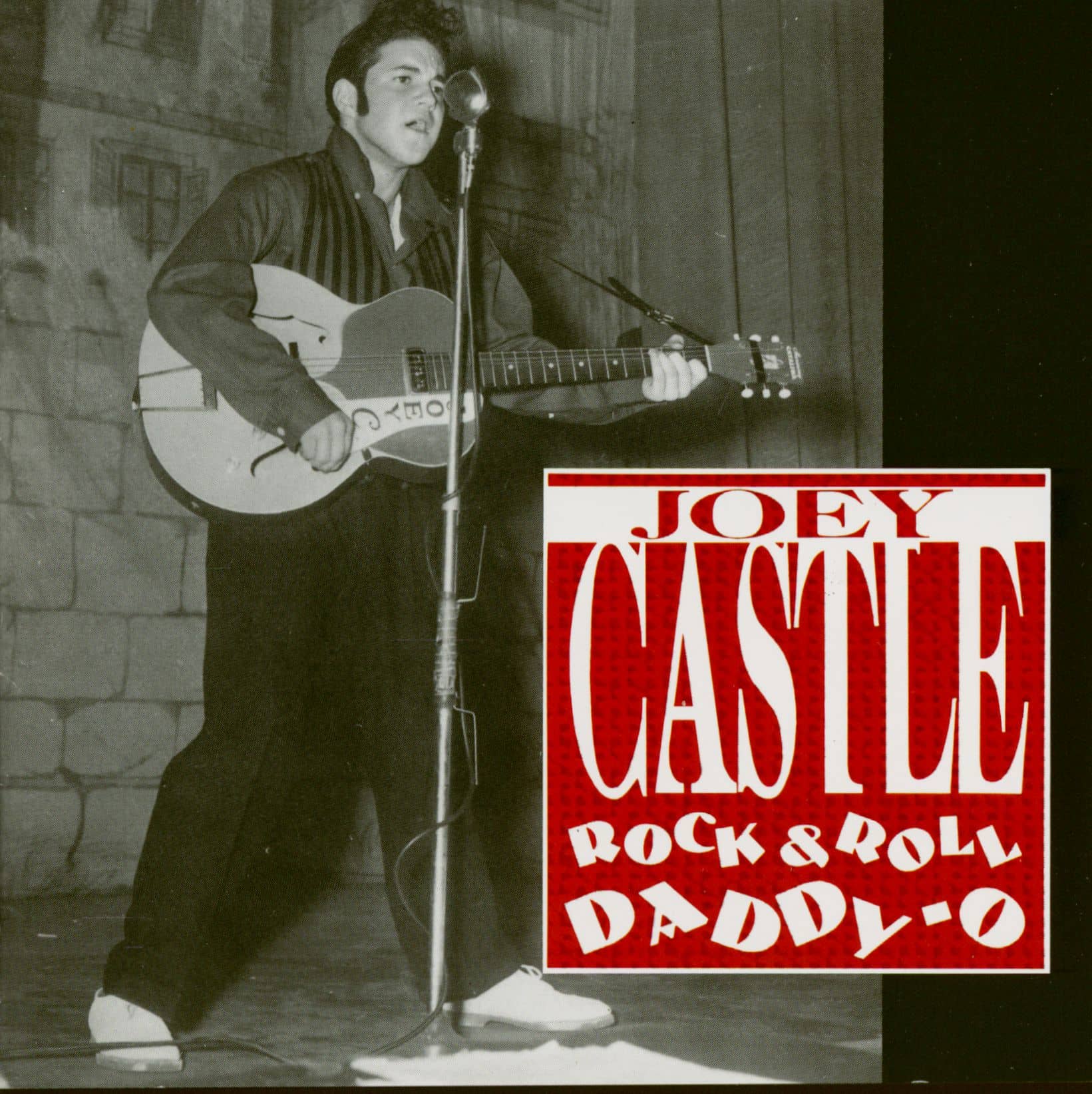 Joseph Castaldo was only sixteen years old when, under the name Joey Castle, he came into RCA Victor Studio B in New York to cut the songs for his debut single release. He had grown up in the Bronx and, being early attracted to Rock'n'Roll, he recorded some demo tapes that landed him a contract with the same big company that was bringing out the records of Elvis Presley.

Undoubtedly, a fulfilled dream for every American teenager although, in the case of Joey, the dream came to an end just a few months later when his songs ("Come a Little Closer Baby" b/w "That Ain't Nothing But Right") failed to chart and RCA dropped him off. Billboard's review pointed out Castle's stylised vocals but found no difference at all with the many other singers that were trying to hit the market in the summer of 1958. RCA's rejection did not break Joey, who kept doing more demo recordings and performing in the New York area. In February 1959 a news clip on Billboard announced that a Rock'n'Roll band called Joey Castle and the Knights had signed with Counterpoint. Founded as Esoteric Records in 1949 by Bill Fox and Jerry Newman, the label had specialised in Classical Music albums but changed its name in 1957 and two years later entered the singles field by signing Jazz, Pop and Folks artists.

Nevertheless, Joey did not see any release on Counterpoint after all. Instead, by the end of 1959 another New York independent label (Headline Records) paired "Wild Love" and "Rock and Rock Daddy-0" (sic) and put out a record credited to Joey Castle and the Daddy-as. Joey's voice sounds more mature here than in his previous recordings and reviews were a bit nicer this time, though the single did not reach the charts either. At this point, Joseph Castaldo's contribution to Rock'n'Roll during its golden age was over.

In the early sixties, he used the pseudonym Cliff Rivers to cut a couple of songs he had co-written: "True Lips" and "Marsha". The tracks were released in June 1963 by Thanks!, a small company set up by Sid Prosen, and enjoyed some minor popularity in the UK, where the record was distributed under London's label. In addition, Joey put his voice on some demos done for Hill & Range, the publishing company that had the control over the songs recorded by Elvis. He kept playing local gigs and doing some occasional recordings before succumbing to a brain tumour in 1978.

Filter
No results were found for the filter!
Joey Castle: That Ain't Nothing But Right - Don't Knock It... Art-Nr.: 45SR68

1-CD with 16-page booklet, 16 tracks. Playing time approx. 39 mns. Known for a handful of fabulously rare rock 'n' roll singles, Joey Castle was a mystery man until we stumbled on a collector in Canada who had found out everything there...
$14.95 $18.41
Song preview
Funktionale