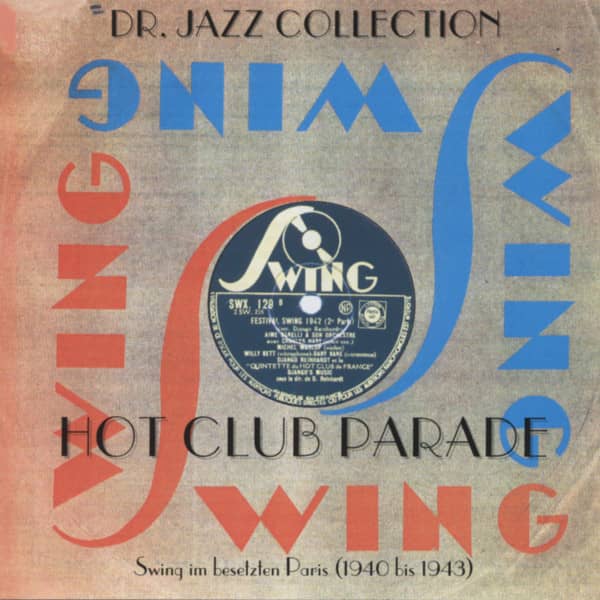 He moves with his German officer uniform in the midst of French musicians, borrowing suits from his French friends and buying vinyl records from all over the world, which in Germany are no longer or no longer available for purchase. SchulzKöhn is particularly fascinated by the French 'Swing' series, published by the company PatheMarconi, and by his friend, the painter and draftsman Charles Delaunay, who is also the chairman of the 'Hot Club de France'. is initiated with. Dietrich SchulzKöhn never misses the opportunity to travel to the city on official business trips and short breaks in order to enjoy club life in the 'Hot Club de France' and with his musician friends there. A lively exchange of ideas comes about, which he sends in the form of 'secret messages' to many well-known swing and jazz enthusiasts.

In 1942 he writes his' Letter from Paris', which is reproduced here in excerpts: '(...) I did not know the new home of the' Hot Club de France 'yet. It is located in Montmartre, in the heart of the entertainment district of Paris. The house is located in Rue Chaptal in the garden; So you can play there to your heart's content and make music. And you do that too. As you enter the courtyard through the corridor of the front building, you can hear the sound of an Armstrong or Lunceford record from the open windows. The whole is very original, with records, instruments and humorous drawings, as well as the names of all famous soloists in different fonts and colors. The cellar serves as a rehearsal room for practice and as a meeting room for 'confrences', and even a small bar can be improvised here.

After successful concerts and guest performances by famous orchestras, everything here meets to discuss, drink and play. At the center of the back wall is a framed piece of wall that bears the autographs of famous soloists who were in Paris. Benny Carter stands next to Rex Stewart, Coleman Hawkins next to Dicky Wells and Bill Coleman next to Herman Chittison, name after name! On the first floor Delaunay has its living and working space. Because the Hot Club de France and Delauney are one and the same ...