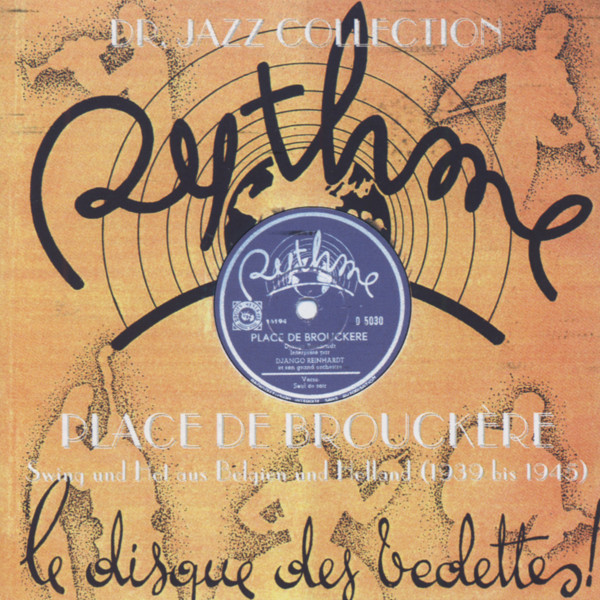 He moves with his German officer uniform in the midst of French musicians, borrowing suits from his French friends and buying vinyl records from all over the world, which in Germany are no longer or no longer available for purchase. SchulzKöhn is particularly fascinated by the French 'Swing' series, published by the company PatheMarconi, and by his friend, the painter and draftsman Charles Delaunay, who is also the chairman of the 'Hot Club de France'. is initiated with. Dietrich SchulzKöhn does not miss any opportunity to travel to the city on official business trips and short breaks in order to enjoy club life in the 'Hot Club de France' and with his local musician friends. A lively exchange of ideas comes about, which he sends in the form of 'secret messages' to many well-known swing and jazz enthusiasts.

In 1943 he writes his "Letter from Belgium", which is reproduced here in excerpts:
"Although I did not stay in Belgium as long as I did in Holland or France, I think I can make a fairly true picture of music in Brussels, and I think it will be interesting because after the matrices In Europe, a great flowering of dance music is emerging and new elements are appearing everywhere, and Belgium has always had orchestras that played hot without compromise, while neighboring France had only a few soloists and Holland This was certainly what I made in 1933, the first time I was in Brussels, and since then I have visited the Belgian capital in 1936 and 1937 again.
A driving force in Belgian musical life is F.R.Faecq, who many years ago founded the "Inter-national Music Co." which not only produced American arrangements, but also compositions by Belgians such as Pack-ay and D. Bee, who have earned a great name throughout the continent and have greatly contributed to the advancement of Belgian orchestras. In Faecq's publishing house, not only were arrangings available, but also records that served the musicians as a model (...)