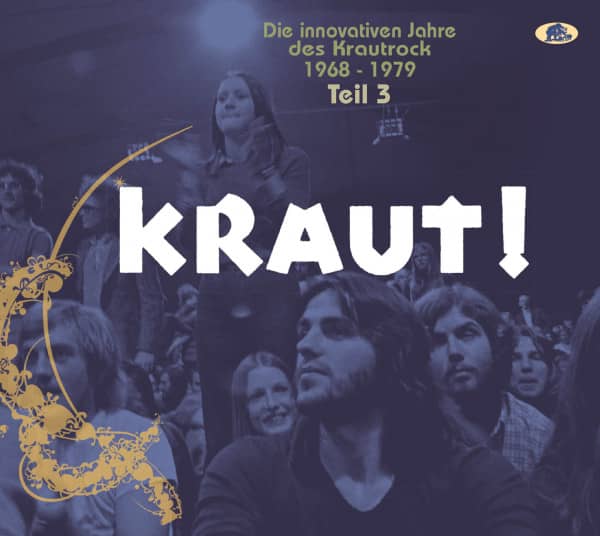 2-CD (trifold DigiSleeve) with 112-page booklet, 23 tracks. Total playing time approx. 133 minutes.
Four-part double CD series - comprehensive and first cross-label documentation of the only relevant German contribution to the international phenomenon of rock music.
PLEASE NOTE: liner notes in German!
With the release of the third of a total of four issues, Bear Family marks another milestone on the way to a comprehensive documentation of the history of popular music in Germany from the early 1960s to the mid-1980s.
'Smash! Boom! Bang!' covers the complete history of Beat music in Germany on a total of 30 individual CDs; the CD documentation 'Für wen wir singen - Liedermacher in Deutschland' (‘For whom we sing – Singer/songwriters in Germany’), consisting of four triple CDs, describes the singer/songwriter scene with 274 individual songs, supplemented by the 10 CD box set 'Die Burg Waldeck Festivals 1964-1969'. And finally 'Aus grauer Städte Mauern - Die Neue Deutsche Welle 1997-1985', Bear Family's four-part double CD series with popular and weird sound examples and a total of about 600(!) pages of accompanying text.
With 'Kraut! Die innovativen Jahre des Krautrock 1968-1979' we will release a double CD every three months in 2020 with a booklet of about 100 pages and biographies of each band, an exquisite selection of the exciting and influential bands of those days, some of which caused a sensation far beyond Germany.
The four editions are regionally structured. The third part deals with the South. All editions are compiled by Burghard Rausch and commented on in detail. The publisher of several books on 'Rock in Germany', radio author and presenter, drummer (Agitation Free, among others), vinyl collector and DeeJay with enormous expertise has already been in charge of the NDW series for Bear Family.
We are convinced that 'Kraut!' will be the most comprehensive CD documentation of this era, which has shaped the history of rock music in Germany, licensed by various rights holders! 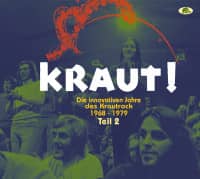