•February 3 commemorates the anniversary of the death of Ritchie Valens.
•In retrospect, the young rocker had only eight months to record his entire work.
•We pay tribute to this great musician by including him in our ‘Rocks!’ CD-series.
•Included are his three hit records as well as a plethora of other great gems.
•Newly mastered; extensive liner notes by expert writer, Bill Dahl.
Eight months is a tremendously slim timespan to build a legacy. Yet that’s all the time Ritchie Valens had to create his classic recordings, which remain revered around the world. Valens made his first sides for Del-Fi label producer Bob Keane in May of 1958, and on February 3, 1959, he was killed in the tragic plane crash that also took the lives of Buddy Holly and The Big Bopper.
In that all-too-brief period, Ritchie scored three indelible hits—his debut single Come On, Let’s Go and a blockbuster double-sided single pairing Donna and La Bamba. The teenager certainly knew how to rock, and his Bear Family disc does precisely that as Valens storms through his aforementioned hits and a plethora of other spicy gems: Hurry Up, Ooh! My Head, Rockin’ All Night, Dooby Dooby Wah, various alternate takes, and plenty more. As a special bonus, we’ve included both sides of Donna Ludwig’s rare tribute single to her departed boyfriend, touchingly closing the CD. 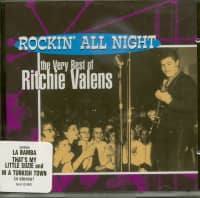 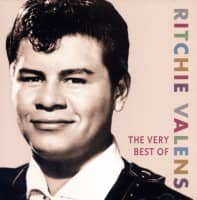 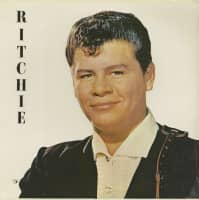 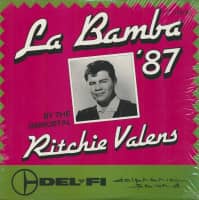