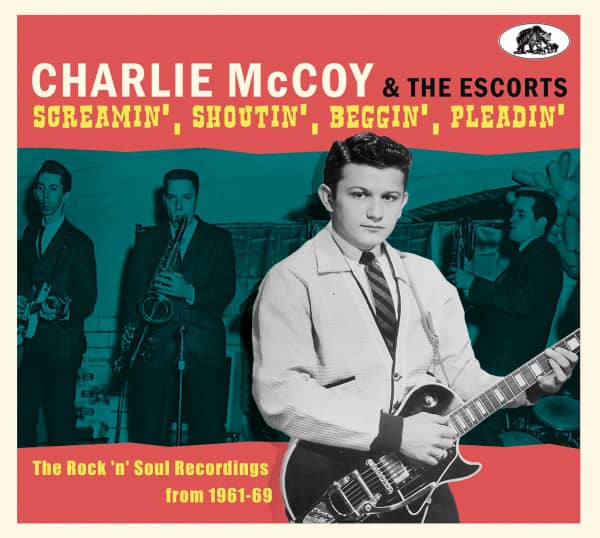 1-CD (Digipak) with 26-page booklet, 29 tracks. Total playing time approx. 79 min.
'Screamin', Shoutin', Beggin', Pleadin'' - the first CD compilation of early recordings by Charlie McCoy chronicles his musical evolution from a young rock 'n' roller who loved blues, original R&B and soul to a mature, incredibly accomplished studio musician in Nashville.
Charlie McCoy was born in Oak Hill, West Virginia in 1941 and grew up in Miami. His mother gave the boy a harmonica, and he later taught himself to play guitar, dabbled in trumpet, practiced bass guitar and formed his first combo, Charlie McCoy and the Agendas, while in high school.
In 1959, he was drawn to Nashville for the first time. Unsuccessfully, he applied for various jobs as a guitarist in bands of country musicians. Finally, he was hired as a drummer! Various demo recordings Charlie had made during this time ended up with Archie Bleyer, then head of Cadence Records. He signed Charlie and released a first rocking single, Cherry Berry Wine, which made it to #99 on the Billboard charts.
In the year 1961 came the breakthrough in McCoy's career. Chet Atkins heard the musician and employed him from then on as a harmonica player and session musician. His style of harmonica playing - as on Candy Man by Roy Orbison - was previously unknown in Nashville. His impressive presence on the recordings of well-known artists so impressed the executives at Monument Records that they subsequently released a number of albums and singles by him, some of them highly successful. The single release Today I Started Loving You Again from his second LP reached #16 on the country charts, album #3 'The Real McCoy' received a Grammy® and 'Good Time Charlie' eventually made it to the top of the charts!
Throughout the 1970s, McCoy participated in more than 400(!) recording sessions year after year. In 2009, he was inducted into the Country Music Hall of Fame.
With this CD album, Bear Family Records® focuses on the hitherto little documented early years in the career of this unique Nashville player. We reveal an artist who - before he became a major country star - lived out his enthusiasm for rhythm 'n' blues, rock 'n' roll, blues and soul!

“It’s amazing,” says McCoy of the Bear Family collection. “This is the music I did for eight years while [Monument owner] Fred Foster patiently waited for me to do something commercial. I love this stuff because the Escorts were a great band. To have this preserved is really cool.” 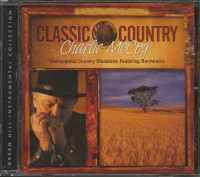