On The Honky Tonk Highway with Jeannie C. Riley - Tell The Truth And Shame The Devil
Jeannie C. Riley was born Jeanne Carolyn Stephenson in 1945 in Stamford, Texas. Her childhood was lonely but competitive, and focused on singing – at first into her hairbrush, then on the local Jones County Jamboree.
She moved to Nashville in 1966 with her husband and a six month old daughter, Kim. She was turned down by Monument and Capitol and messed around by undelivered promises from other labels. Her 1981 autobiography called out the casting couch processes in Nashville years before “Me Too” came along. Johnny Cash wrote the introduction: “She was a diamond in the rough... Her story is a textbook example of what many girls have come through in order to ‘make it’ in the Nashville music community.”
In 1968 she was heard by producer Shelby Singleton. His vision saw how her voice and personality could bring alive a story song by Tom T. Hall about a woman calling out the various small town hypocrites who were criticising her. He saw Harper Valley P.T.A. as a hit single, an album, a movie and a TV series - all of which came to pass. When Jeannie recorded Harper Valley, she said: ”There wasn’t a sound as the last echoes of the guitars faded. Then I heard one of the musicians say, ‘Great God A’mighty’.” Everyone in the room was now hearing what Shelby had envisioned. Legend has it that half the music people in Nashville came in to hear the playbacks.

Within a month, her song was number one on the national Hot 100 chart, and number one country, and she was on TV for American Bandstand and the Bing Crosby Show. Soon she was awarded the CMA Song Of The Year and nominated as the Best Female Performer at the Grammies. She was earning 30 grand in Vegas and had her picture made with Elvis Presley. HE came to see HER. From 1969 onwards she formed a band and had a tour bus. She said, “I was virtually living on my bus,” as husband Mickey Riley drove her entourage down the honky tonk highway.
Even though the highway took her first to the top of the pop charts, to national and international TV, and to Vegas, she was still as country as they come. She said, “I took every engagement that came along – state fairs, concerts, night clubs, dinner clubs, and joints.”
Behind Jeannie, this CD features the incredible studio band of Plantation Records led by Jerry Kennedy and including some of the best players in Nashville.
The music Jeannie made during her three years with Plantation has been overshadowed by Harper Valley and not recognised for the significant and influential body of work it is – until now! Here, the story is told the Bear Family way in words, pictures, and especially in this music.
The accompanying booklet by Martin Hawkins tells the fascinating story of young Jeanne Carolyn Stephenson from west Texas, who was transformed into the iconic singer Jeannie C. Riley, who reached the highs of the record business before the lows, and who fought her way back along the honky tonk highway. Complete with original interviews and rare photographs.
After Plantation, Jeannie made some good records for MGM, Mercury and other labels. She would periodically sing only gospel, then relent, reflecting many years of what she called “torment” and what the medics eventually called bi-polar. Today, aged 77 at the time of writing, an old but glam lady, she lives back home in Texas and still sings Harper Valley in her living room, posted on Youtube.

Listener appreciation day at radio station WENO in Madison, Tennessee, 1967: the station laid on food and called in favors to get some entertainment. Tom T. Hall, newly signed to Mercury Records, was there as were Leon Ashley and his wife, Margie Singleton, joint owners of Ashley Records in nearby Hendersonville. As the food was served, Margie Singleton asked Hall to write a song along the lines of Ode To Billie Joe.Driving south of Nashville, a sign saying Harpeth Valley Utility District triggered a memory of a woman in Hall's home town who had taken on the PTA (Parent Teacher Association) for their indiscretions. He didn't see Harper Valley PTAas a sequel or prequel to Billie Joe,but saw both as musical adaptations of Erskine Caldwell-type stories. “I wrote it sitting at my red checkered tablecloth,”Hall wrote later. “I don't recall that it took more than an hour or so, but I had the idea for twenty years.”Some of the rhymes were sloppy (…wife/high, …again/gin, etc.) but the story was compelling.

He called Margie Singleton but she was out on tour, so he took the song to his publisher, Jimmy Key, who asked him to play it to Billy Grammer. According to Hall, Grammer took the song home and played it for his kids, who told him it was implausible. Grammer said he'd record it if he could change it, but Hall refused. Meanwhile, Leon Ashley handed the song to Alice Joy, the wife of Texas dee-jay-songwriter Neal Merritt, who'd written May The Bird Of Paradise Fly Up Your Nose.This was probably in 1967 because Harper Valleywas copyrighted that year. Somehow, Margie’s ex-husband, Shelby Singleton, heard Joy's recording. It sat in his desk for six months, he said.

Singleton had only been in business for himself for a little over a year, focusing on R&B. Soon after relocating to Nashville in May 1968, he branched into country with a new imprint, Plantation. Dee-jay Paul Perry brought Jeannie C. Riley to Shelby's attention. In the two years she'd been in Nashville she'd recorded for Little Darlin' Records, and landed a job as a secretary as Passkey Music. Singleton decided that she had the feistiness to make Harper Valleywork, so he booked a session at Columbia. It's part of Nashville folklore that he recorded the song after Riley got off work. Jerry Kennedy, who played Dobro on the session, says they recorded at 6PM on Thursday July 25 but the consensus is 6PM on Friday. Singleton's then-wife, Barbara, changed Hall's original concluding words from “that's the day my mama put down the Harper Valley PTA”to “That's the day my mama socked it to the Harper Valley PTA.” Rowan& Martin's Laugh-In was big at the time, and “sock it to me” was one of their trademark lines (some say that Margie Singleton recorded the song before Jeannie C., but Margie used the “socked it to…” line, so that’s unlikely).

Jeannie C. strutted through the words with Kennedy echoing every line. The session was over by 9 or 10PM, but the musicians, who'd been working since 10AM, stuck around to hear the Harper Valleysong again. Singleton tested his hunch that he was onto something by taking an acetate to WSM's late night dee-jay, Ralph Emery. Over that weekend, Singleton serviced it by Air Express to every country station. “The first guy to play it was Dick Kent at WMAK in Knoxville,”Shelby told Walt Trott. Kennedy had spent the weekend in nearby Gatlinburg and by the time he drove back on Monday, he was hearing Harper Valley on the radio. “I sat in the office,”Singleton told Trott, “and my sales manager, Colonel Jim Wilson, totaled it up to where I had personally taken orders one day for 900,000 copies.” Harper Valleycracked the country and pop charts on August 24 and reached #1 on the pop charts on September 21 and the country charts one week later. It was a career moment for all involved. Hall would never write a bigger song, nor would Riley record one. Singleton sold 7 million copies of the single and another 5 million LPs, 8-tracks, and cassettes. He plowed the profits into building a studio and buying Sun Records, but never scored another major hit. Jerry Kennedy made $91 in session fees. 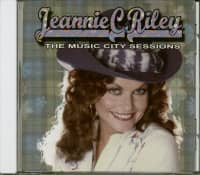