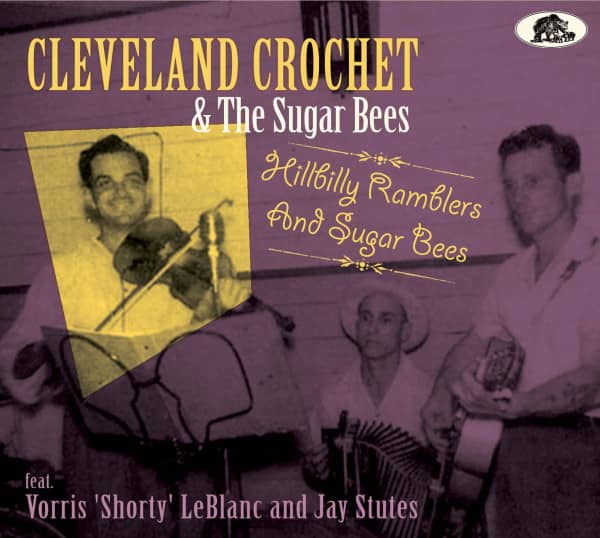 2-CD (Digisleeve) with 36-page booklet, 38 tracks. Total playing time approx. 90 min.
In the history of U.S. popular music the name Cleveland Crochet will forever be associated with the recording of Sugar Bee, the first single of the Cajun genre from Louisiana to enter the Billboard pop charts in 1961, making it to position No. 80.
Cleveland Crochet's father was a Cajun musician himself. Born in 1911 in Hathaway, Louisiana, Junior built his first fiddle out of a cigar box when he was twelve. He was already almost forty years old when he formed his band, the Hillbilly Ramblers, in 1950, initially performing regularly every Saturday night at Cajun dances at the Shamrock or Moulin Rouge in Lake Charles, Louisiana, and later playing throughout eastern Texas and southwest Louisiana. However, music long remained a minor part of Cleveland's life. He earned his living as a steelworker until his retirement in 1970.
This overdue tribute to Cleveland Crochet's complete musical legacy includes all of the recordings he made for Folk-Star, Khoury's, Goldband, Lyric and Swallow between 1954 and 1963 - including all alternate versions and originally unreleased recordings that have survived. In addition, the Bear Family CD includes all solo recordings by later band members Shorty 'Vorris' LeBlanc (accordion) and Jay Stutes (steel guitar), accompanied almost without exception by Cleveland Crochet's Sugar Bees, as he also called his band.

We were able to get Cajun expert Michael Hurtt to provide the liner notes. Michael previously wrote the accompanying blurb for our CD of recordings by Vin Bruce (BCD16895). Additional background information comes from Arhoolie Records founder Chris Strachwitz, among others. The extensive booklet provides many previously unpublished photos. We are sure: this album is a must for all fans of Country Music, Cajun, Blues and original Rock 'n' Roll.

Oh, this is wonderful, what music they produced in Louisiana. This isn't made up for commercial success, it's who they are and the musicians play the music they love and there's still a lot of success to come. I remember the first time I heard Cleveland Crochet was in the early 1970s and it wasn't long before the first singles were steaming down from Lake Charles on Christmas Eve. Since then, Cajun music has been close to my heart and this album easily meets my criteria.I usually have a hard time with music that isn't in English, but this form of music that is often in Cajun French fits like a glove. If I'm not mistaken, "Sugar Bee" was the label's biggest success, but I think Phil Phillips' recording of "Sea Of Love" recorded in 1959 at Goldband studio and released on the Khoury's label was the biggest commercial success. Shorty LeBlanc is another one of those great Cajun musicians who also goes all the way and that includes Jay Stute's (who sang on "Sugar Bee") solo recordings.I don't have enough superlatives for this music and we won't get a bad spar here if you ask me. Thanks to Michael Hurt for great writing in the attached booklet. 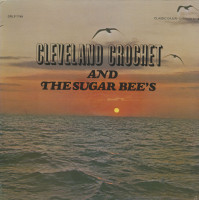