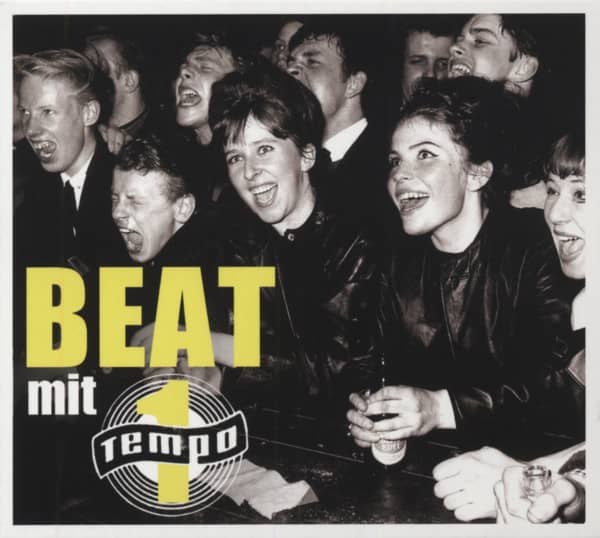 
• Songs originally recorded by the Beatles, the Rolling Stones, the Spencer Davis Group, and actually almost everything popular during the mid-sixties.
• Even American hit records were sold under the 'Beat' moniker at Tempo.

Fifty years ago, the Federal Republic of Germany experienced the dawning of a new age – without historians even noticing it. For the second time within two decades the country was jolted from its Schlager beatitude. While the 1950s brought American Rock 'n' Roll, it now was British beat music: in 1964 the Beatles escaped from the Star-Club, Hamburg's rock enclave, to play on the world stage.
Attentive record company executives from Germany took notice of this and it led to Tempo Records, a small label founded during the 1930s with a long history of German language releases, making a 180 degree turn. The two CDs 'Beat mit Tempo' are documents of a short lasting musical era, unique evidence of a change in taste. Bear Family has excavated the Tempo masters, a collection of cover versions of popular songs of the Beat Revolution, originally released in quick succession. Initially, the Munich-based record label had released a wide range of highly commercial music, from traditional German folk music to Schlager songs. Now they began adding English language songs to their repertoire, a major step for a label focussing on vocalists like Fred Bertelmann. Bertelmann, Peggy Brown, Rainer Bertram, Teddy Parker, and many others also recorded for Tempo under various pseudonyms.

Most of the musicians copying beat music for the Munich company remained nameless, working under pseudonyms. Although the Blue Cats, the Venture Five, the Gamblers, the High Tops, or the Four Kings bore English names, they most likely had never been to England or America. In most cases you could easily detect their German accent. It may well be, though, that one or another Englishman played in the Beat Kings. At least we know something about Jimmy Field's bio: the singer, real name Claus Herwig, later changed his name from Jimmy Fields to Teddy Parker (see also Bear Family CD 'Nachtexpress nach St. Tropez', BCD 15965). While studying law he won an amateur vocal contest and signed a contract with TEMPO RECORDS. He received his stage name, Teddy Parker, from Telefunken in 1962, a pseudonym he's using until today.

It is interesting to learn that the man behind the Tempo productions, Christian Bruhn, later became one of the leading managers in Germany's Schlager scene. Under his pseudonym, Teddy Todd, Bruhn worked as a bandleader for TEMPO. In 1957, he started his career at Tempo as an assistant recording engineer. Later he became a music producer. And he also wrote several songs. Apart from that, songs originally recorded by the Beatles, the Rolling Stones, the Spencer Davis Group, and actually almost everything popular during the mid-sixties, was covered in Munich – even American hit records were sold under the 'Beat' moniker at Tempo. The results, although not of consistent quality, deserve to be heard. 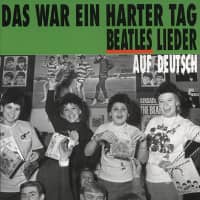 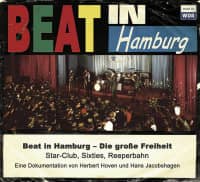 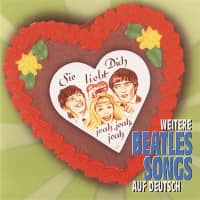 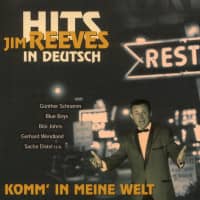