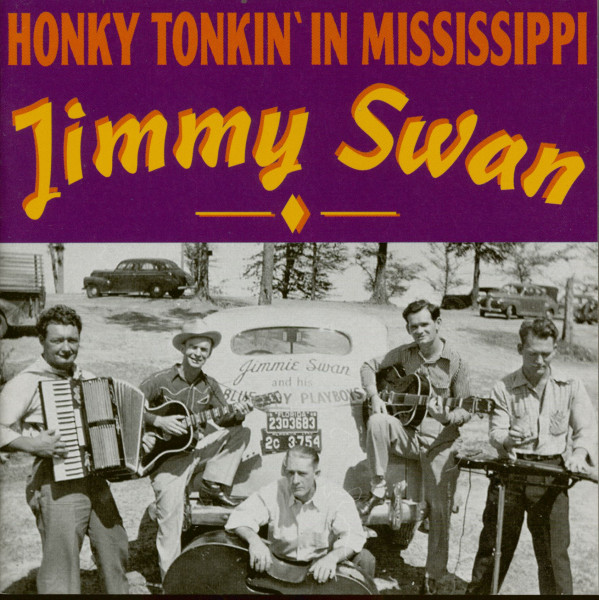 When Jimmy Swan died in 1995, an era died with him. Jimmy Swan played hard bitten unapologetic hillbilly music, and he later turned to hard bitten unapologetic segregationist politics. He started recording in 1952 for Trumpet Records and then switched to MGM, Decca, JB and Big Howdy. Everything's here, and hillbilly music comes no purer or finer. 30 tracks include I Had A Dream, Juke Joint Mama, Triflin' On Me,
The Last Letter, Country Cattin', and Lonesome Daddy Blues. This is as hardcore as it gets!

I Had A Dream 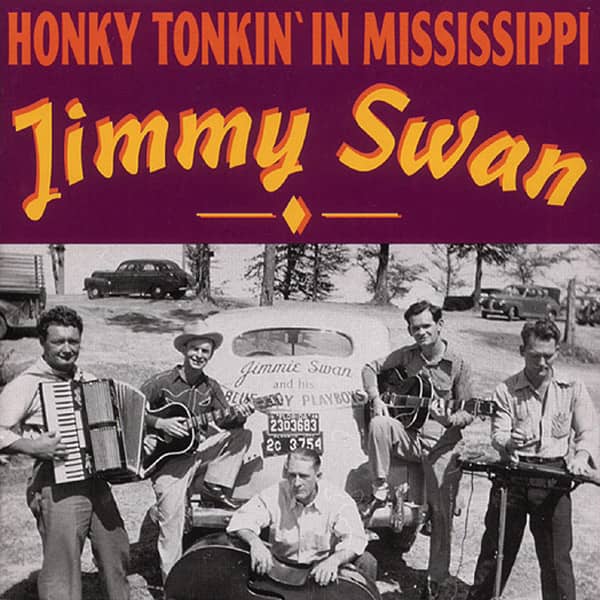 Jimmy Swan (originally Schwann) was born in Cullman County in north Alabama on November 18, 1912. He grew up in Birmingham, and remembered buffing Jimmie Rodgers's pointy-toed shoes in a pool hall. He took his cue from the Singing Brakeman and became the Singing Newsboy. After his mother died, he hoboed to Mississippi and settled in Hattiesburg. During the war, he worked in the Mobile shipyards, and put together his first band (including Hank Locklin and, occasionally, Hank Williams). After the war, Swan returned to Hattiesburg, played live on WFOR, and worked the local beerjoints during the week. Then, as he said, "I got tired of those ol' honky tonks. I never was a drinker. I ain't saying I'm a saint, but I got values. These were knock-down, drag-out honky tonks. Fightin', killin', all that stuff. One night a whole lot got killed where I was playing, and I told my wife, 'I'm gettin' tired of gettin' on radio and invitin' all them people to come out and kill each other.' I wasn't getting no money for singing live on the radio, just a little sponsorship from a beer company, so I went into disc jockeying." He remained a deejay until 1991.

On April 17, 1952, Jimmy signed with Trumpet Records, based 90 miles north of Hattiesburg in Jackson. The story of Trumpet is almost a movie plot. The label was started in 1950 by a 28-year-old white woman, Lillian McMurry, who owned a furniture store, and picked up some R&B records in a salvage lot. She thought they would sell better if people could hear them, so she set up a PA system, and made a believer of herself. Some Trumpet sessions were cut right in the furniture store with mattresses as baffles. Her most famous discoveries were Sonny Boy Williamson and Elmore James. McMurry was from the Hattiesburg area, and heard about Swan. His first session was cut in the WFOR studio, and his first record, I Had A Dream, was full of images as dark and spectral as any Hank Williams ever conjured up. Swan insists he wrote the song, and McMurry took the composer credit. I Had A Dream was a good seller, and was covered by Ann Clark on Ace, Billy Walker on Columbia, and Jean Chapel on RCA. In the 1970s, Elvis could be heard singing snatches of it between songs on recording sessions.

But there's more to the Jimmy Swan story. In 1966, he stood for Governor of Mississippi on a platform of states' rights, which was code for a state's right to opt out of Civil Rights legislation. Federal judges had, according to Swan, "torn our constitution to shreds with the help of the Communist Party." Outsiders trying to meddle in Mississippi would have their "communist pink hides [slammed] in jail," he promised. He stood again four years later, calling for segregation and declaring that those who wouldn't join the fight were "not worth the powder and shot it would take to blow their brains out." Swan retired to Jackson, Mississippi, and died in December 1994. His music was hard-bitten; his politics more so.