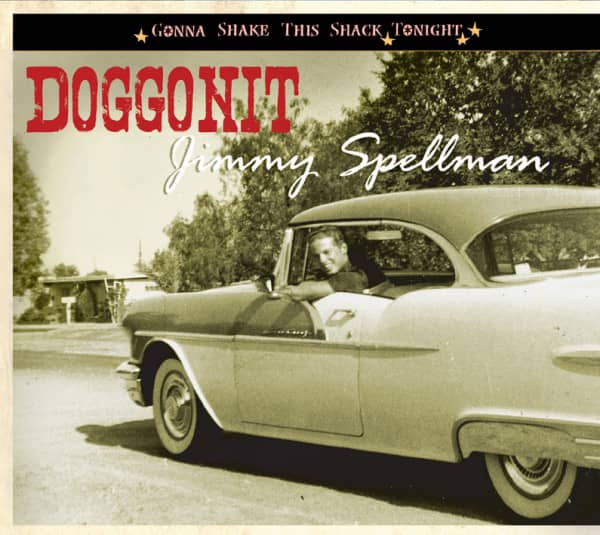 Despite a central role in Phoenix, Arizona's fertile rockabilly scene of the 1950s, Jimmy Spellman's musical career has never been examined in-depth. That changes with Bear Family's comprehensive package, collecting for the first time all of Jimmy Spellman's well-regarded Viv, Dot, Vik, Rev and Redstart recordings. Jimmy Spellman was the first artist chosen to record for Lee Hazlewood's Viv Records imprint in 1955. Before hitmakers Sanford Clark and Duane Eddy, Lee Hazlewood spent more time and money on Jimmy Spellman as the conduit for his early compositions. In his short aix years of recording (1955-1960), Jimmy Spellman covers the Country, Rock and Pop styles of music with class. 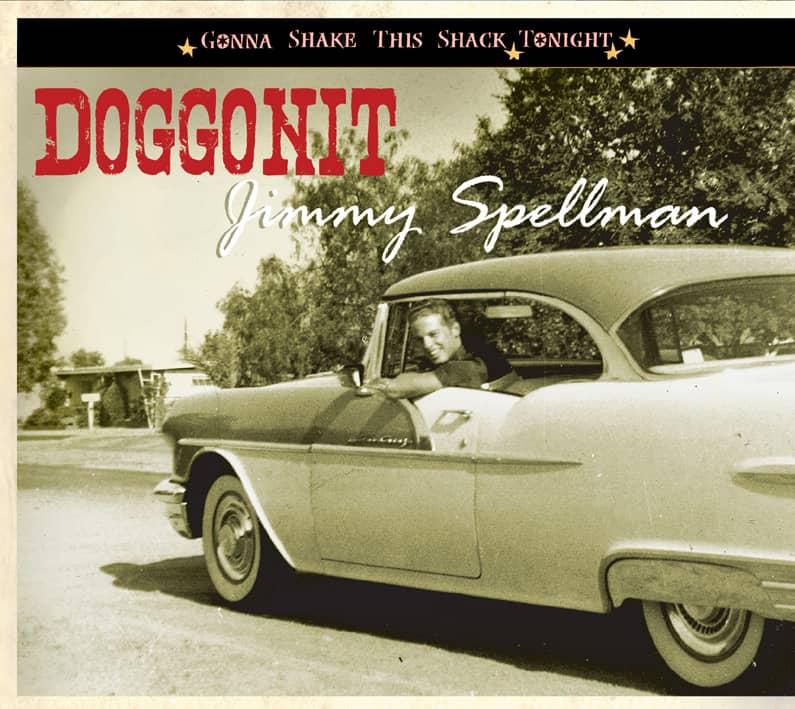 On Sept. 20, 2004, Jimmy Spellman was inducted into the Rockabilly Hall of Fame. Best known for his rockin' Doggonit on Dot and series of primitive country classics cut for Lee Hazlewood's Viv label, the cult favorite has also been honored by the Madison Square Garden Museum in Phoenix, Arizona, alongside such notable local talents Duane Eddy, Jimmy Dell, Sanford Clark, Al Casey, Chuck Mayfield, Wayne Newton and Loy Clingman. "I consider this the highest honor I've ever received," Spellman says.

Despite these accolades, Spellman's recordings, life and times have never been examined in depth. Fortunately, this compilation of his best and rarest country, rock and pop sides has allowed Bear Family the opportunity to get the story directly from the artist. Contacted recently at his Phoenix home, the affable and articulate singer-songwriter told us his story, starting with his frequent family relocations between Ohio and Arizona.

Jimmy Eugene Spellman was born on April 20, 1938, to Jarold and Helen Spellman in the little farming community of Pataskala, Ohio. His sister Shirley was born two-and-a-half years earlier. "My father milked and delivered milk from a dairy farm. Back in those days there were no milking machines and the milking was done by hand," says Spellman.

It was in Ohio that a neighbor encouraged Spellman's musical development through banjo uke lessons. "When I was about eight, I helped out with the farm chores of my farm neighbor, Donald Sprinkle," Spellman recalled. "Donald was in World War I and entertained the troops in his off-duty time. He played a banjo uke. Often when he and I had completed our farm chores, Donald would play this banjo uke for me and we would sing together."  Saying young Jimmy had talent, Donald loaned Spellman his banjo uke to practice on. "Each week, I would show Donald what I had learned from his lessons on the banjo uke," remembers Spellman. "I would write songs and sing and play for him."

Spellman continues, "One day Donald said, 'I think you are hooked on music and how would you like to have this banjo uke for your very own?' I told Donald that I could never afford such a beautiful instrument. Donald said, 'How about $10 and you pay me a little at a time until it's paid for.' Of course I jumped at the chance and I still have the beautiful banjo uke today. It still has the original goat skin with several inlaid varieties of hard woods." Spellman's sister Shirley suggested joining with a classmate who also played the uke. "That was the start of my music career. Libby and I played and sang at every opportunity available. We did county fairs, talent contests and church events."

In 1954, Spellman's family moved to Phoenix from Ohio. This was the third time athey’d made the move. "The first week I arrived in Phoenix, I auditioned for the Lew King Rangers television show. I was really surprised to see that Wayne and Jerry Newton who I knew from Ohio were there also to audition. Mr. and Mrs. Newton brought the boys to Phoenix for Wayne's asthma condition. Wayne, Jerry and I performed on the show for quite some time.

While attending the 4th grade at Murphy Grade School in Phoenix he met a fellow student, a sweet young lady named Frankie Yarnik. "We spent as much time together as possible, taking the city bus down town Phoenix to the Fox theatre with no supervision. Everything was ten cents, the bus ride, admission for the Fox theatre and popcorn. We'd share it, as well as a soda." Twice a week young Jimmy and Frankie went to the open-air roller rink, spending all their spare time together. "We did all the fancy dances and I would race to win free tickets for the next visit there," Spellman laughed.

The Spellmans moved back to Ohio for his 5th and 6th grades. "Frankie and I kept in contact by letter writing. We moved back to Phoenix in the 7th grade. We couldn't wait to see each other." Oddly, his family moved back to Ohio between the 8th and 10th grade, but traveled back to Phoenix for his last two years of school. "By this time we both knew that we did not want to be separated ever again. When I was 19 and Frankie was 18, I asked her to marry me. I proposed to her sitting in my car in front of her house. After I gave her the ring, we had to run into the house and tell her mother and step-dad. She was so happy."

On April 19, 1958, Jimmy and Frankie Spellman were the first couple married at Bethel Lutheran Church. The marriage was a happy one and lasted 50 years until Frankie's passing from cancer on August 13, 2009. Frankie and Jimmy have been blessed with four sons: Barry Scott, deceased at 14 months old; Jeffrey Scott; Bradley Scott; and James Jarold Scott; and six grandchildren.