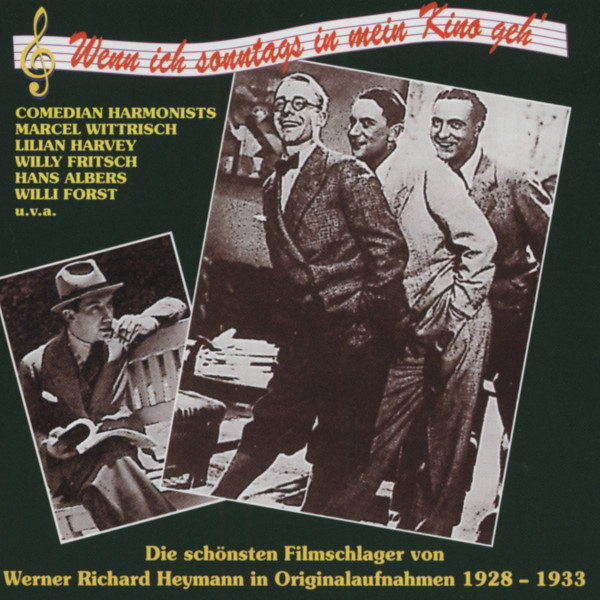 'That's only once, that will not come back' this title became the classic motto for the evergreens of German film. This ingenious line by Robert Gilbert pleased Werner Richard Heymann so well that he composed the whole chorus in a few minutes, for the film 'The Congress Dances' (1931). The scene in which Lilian Harvey sang this song was highly praised as a masterpiece of camera technology: Christel's Wagenfahrt from Vienna to the Palais des Fürsten Metternich was filmed in a single shot without cuts and with live sound: a sensation at that time.

When you see the movie today, it's all quite 'nostalgic'. For movies you might just like to use this name. But for music? - How about 'timeless good'? Werner Richard Heymann, the creator of these timelessly beautiful melodies was born on February 14, 1896 in Königsberg. The parents, middle-class, were self-taught musicians. The father composed and composed, and the mother was an excellent pianist. So it is not surprising that even the son got the clef of keys, so to speak, in the cradle. In 1914, at the age of 18, Heymann moved to the First World War as a volunteer, but at the latest when his older brother fell in France in 1915, he began to change his mind.

Patriotic idealism gives way to a pacifist attitude. This is one of the reasons why after the war he collaborated with poets like Kurt Tucholsky and Walter Mehring (both determined opponents of all forms of militarism) in Max Reinhardt's cabaret 'Schall und Rauch'. In the following years he writes numerous cabaret chansons, among others for Trude Hesterberg, which celebrates triumphs every night on their 'wild stage'. Still, the cinema needs good ...