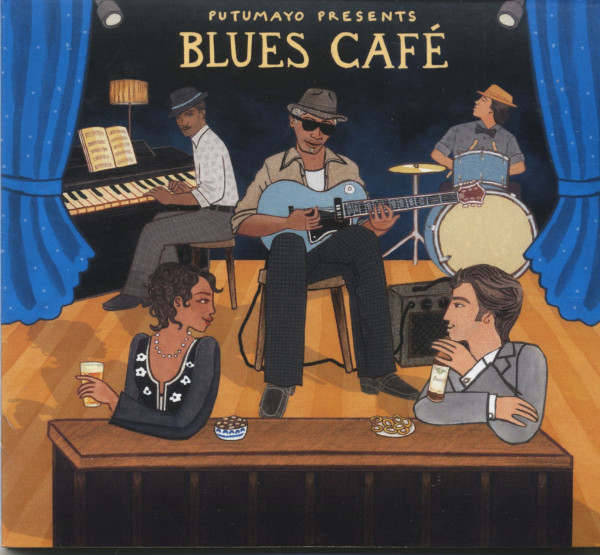 From Mississippi to Chicago The journeys that the blues and its ancestors have made around the globe over the past centuries may be unique among all musical genres.

From the heritage of displaced Africans, it formed on the cotton and tobacco plantations of the U.S. South as the musical outcry of slaves. In the mid-20th century, it migrated from Mississippi to the North, to urban centers like Chicago and New York, providing the nutrients for all varieties of pop music in the 20th century. From the branded devil's music to the celebrated sound world of the concert halls and the high form of artistic expression:
What a career! To this day, the Mississippi Delta, the dusty roads of East Texas and the Piedmont Plateau between the Atlantic Ocean and Appalachia are proud to be the cradle of the blues. Blues Café is a tribute to these heroines and heroes of the blues in the heartland of the South and the cities to the north. Folk blues heroes such as Sonny Terry and Brownie McGhee and powerhouse Algia Mae Hinton will be on hand. Electric blues pioneers such as Otis Spann, Muddy Waters, Junior Wells and Lurrie Bell are on the guest list at the Blues Café, while the legendary Lightnin' Hopkins and the jazz-savvy Eddie Cleanhead Vinson bring some solid Texas blues to the festival. Alabama Slim and Little Freddie King represent the blues scene of the Crescent City New Orleans, and John Dee Holeman ventures to bridge the gap between North Carolina and Australia with The Waifs. And even to the Loire the Frenchman Arnaud Fradin brings Mississippi feeling.

From the Delta to Texas, from New Orleans to Chicago, whether rural folk blues or electrified from the city: the lifelines of the blues remain alive to this day.