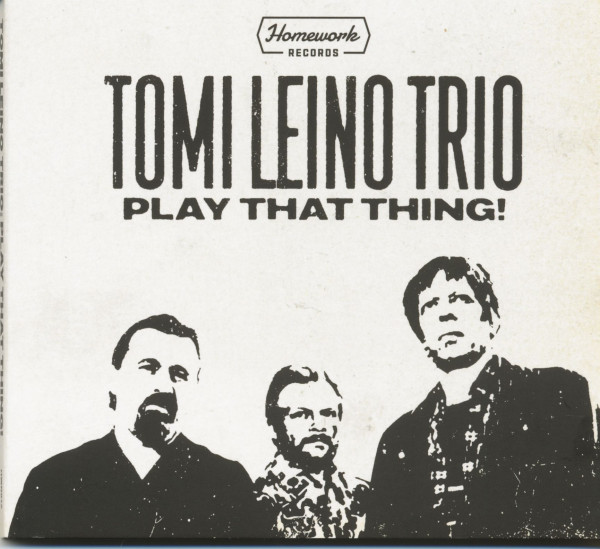 The Tomi Leino Trio is one of the most booked blues and roots bands in Scandinavia, reports the release sheet of Play That Thing, the third release of the Finnish formation that has bombarded many clubs and festivals in Finland, Sweden, Norway, Denmark, Germany, the Netherlands, Belgium, Switzerland, Austria and Spain with their heartfelt music since their existence in 2011. In 2013 they released the album Get On Down, which was just reissued, and in 2016 Hip Shootin, which was my first CD review for Bluesmagazine. Not much has changed since then, at most that Tomi Leino, in addition to his guitar and harmonica playing, shows that he has now mastered piano playing, making the band's sound even more varied. Again, ten compact songs with a playing time of about three minutes each were recorded in Tomi Leino's Suprovox studio. Bassist Jaska Prepula and drummer Mikko Peltola provide an extremely solid base, which is entirely in the service of the song. Four covers were chosen for the album, the mellow Jimmy Reed shuffle I'm A Love You, where harmonica plays a prominent role, the rocking shuffle Leave My Money Alone' by Cornelius Lonesome Sundown Green and Jerry West, complemented by great keyboard work by Tomi, and then Jerry McCain's Thats What They Want, reminiscent of Mannish Boy by Muddy Waters. The fourth cover is the instrumental 'Knucklehead' by Steve Cropper and Booker T. Jones, with Tomi alternating between a solo on guitar and harmonica. The six self-penned tunes blend seamlessly with the selected covers. Like the three different shuffles in a row What's The Matter With You, I Gotta Move On'with fine guitar work by Leino and the slide-infused instrumental Sticky Finger. The album ends with Pouring Rain, which evokes a beautiful Louisiana swamp blues atmosphere through Tomi Leino's harmonica playing and is reminiscent of the Excello Records label where so many artists from this region released their recordings. The requisite Louisiana swamp blues influences are also evident on Doreen with its wonderful reverb effects on the guitar and the two-four time You Broke My Heart. A very strong sequel to Hip Shootin, proving once again that we are dealing with two seasoned musicians. So it's not surprising that musicians like James Harman, R.J. Mischo, Steve Guyger, Barrelhouse Chuck, Steve West Weston and Terry Hanck have asked the Tomi Leino Trio to accompany them on their European tours in the past. 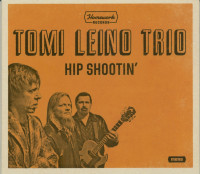