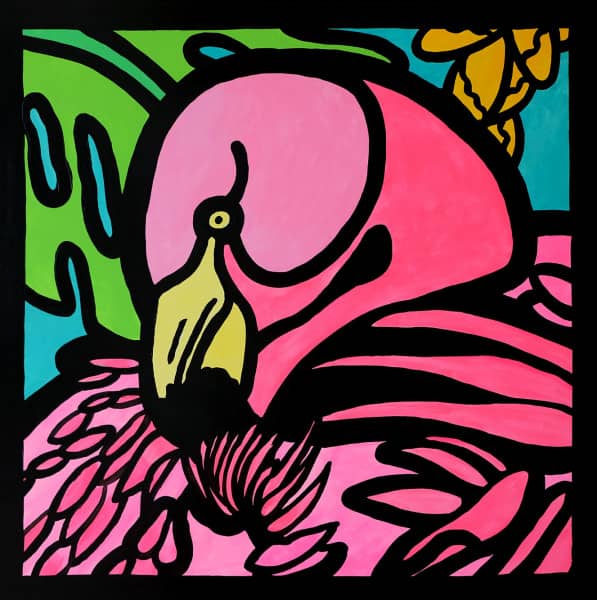 · Five years of Cree Records are a good reason to celebrate!
· On this occasion we have thought about an exclusive project:
· We asked some of our DJ friends to choose their favorites from our catalogue.
· Tropical Tricks - four remixes and edits by DJ Nomad, Keshav Singh, Al Kent and Waxist.
· Limited edition of 1,000 copies in 12'' maxi format.
· Danceable and extremely entertaining little trip through the tropical dance scene.


We thought turning five this year would be a good reason to ask some friendly DJs and producers to go through our catalogue and select their favorite track to do an edit or remix on.

The first selection by DJ Nomad from Berlin is Barbara Hernandez' 'All Nite Tonight', written and produced by Leston Paul from Trinidad. Nomad's edit drives the song's dance floor ambition even further beyond the top. As a DJ Nomad does not necessarily put a label on his style, but always expresses love for Polyrythms, Soulful harmonies and the African drums and Percussion. He's notorious for finding fresh world music dance tracks all around the globe, before they become hits, and a massive collector of Tropical Soul, Funk and Disco. His energetic and surprising , always fresh DJ set's earned him a residency in Paris's infamous ‚Tropical Discoteq’ Parties among the best Dj's of the genre. He is the founder of ‚Vulkandance’ Parties, Blog and Label in Berlin .. He's together with Edna Martinez co-founder of ’El Volcan’ - The first continental European Colombian Pico Soundsystem. As a Producer he's breaking ground and travelling the world together with Dirk Leyers and the transcultural Project Africaine 808, besides working as a master Editor for other artists around the globe.

Keshav Singh who is part of Trinidadian/British production duo Jus Now put his hands on Trinidad's Mansa Musa's ’Beat The Drum’. Being a percussionist in his own right he transformed the song into a housy Soca track and pure dance floor fiah! With his partner Sam Interface, he has produced soca music with EDM influence for Bunji Garlin, Machel Montano and 3Canal. Keshav commutes between Trinidad and the U.K.

The next two tracks are taken from our upcoming compilation ’Gotta Nice Buzz - The Funky Sound of Semp Studios Trinidad, W.I.’. French DJ & record collector Waxist gives Zodiac's ’I Believe’ a proper treatment. ’I Believe’, written by Francis Escayg, is an uptempo Caribbean Disco tune with a strong Giorgio Moroder influence with Denise Plummer on vocals. Waxist, based in Lyon, France, started his love story with records as a teenagers when he bought his first reggae 7 inches. If his love for Jamaican music has survived through the years, the DJ has progressively extended his interests to different, more dancefloor-oriented music genres. This Disco, Modern Soul, Boogie or even a touch of House when needed... Being careful with the technique, as well as with the coherency of his selection, his sets are an invite to a dancing musical journey taking the audience from Disco to Modern Soul, through more Caribbean or Brazilian sounds.

As an old acquaintance Al Kent returns to do an edit of the Hamilton Brother's 1978 Trinidadian Disco classic ‚Music makes the world go 'round’. Al is Glasgow's answer to Walter Gibbons. Million Dollar Disco DJ, record compiler, re-edit producer. When Al Kent launched the Million Dollar Disco label back in the '90s ’Disco House’ was all the rage. A life spent hoarding rare soul and disco records, a keen ear for a sample and a few years of DJing already under his belt stood him in good stead when it came to making music. He made a load of tracks by sticking house drums on top of disco samples and released somewhere in the region of twenty 12'' singles, many of which found their way into top DJs' charts. Ditching house music in favour of disco saw him first emulating his hero Walter Gibbons; cutting between two copies of each record, until he discovered he could save the hassle (and money spent on doubles) and make re-edits instead.

He's released a ton of those edits over the years on Million Dollar Disco as well as a slew of labels like Jisco, Kat, Real Thing, Edit, Stilove4music, People Must Jam, Kalakuta Soul, Kojak Giant Sounds and All Out War. He's been round the world a few times too, playing in Australia, Canada, France, Poland, United Arab Emerates, Italy, Germany, Norway, Belgium, Sweden, Holland, Croatia - pretty much every country in Europe, every city in the UK and many locations in between. Al has had the honour of playing Southport weekender four times (more than any other ’Connoisseur's Corner’ guest) as well as headlining at prestigious events like Z Records' first (and, to this date, only) party in London and Ete D'Amour's boat party on the Seine, at the invitation of Dimitri From Paris. He was co-promoter and resident DJ at Manchester's legendary Northern Disco and regularly throws crowd pleasing parties in his home town of Glasgow.