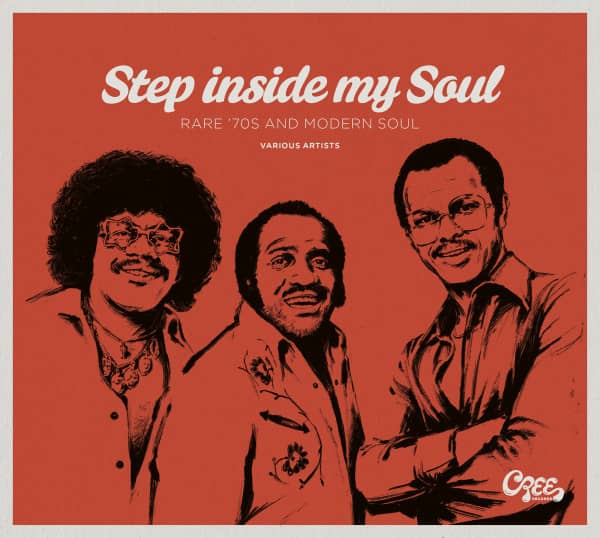 Of all the major record labels like Atlantic, Epic, Capitol, and Mercury promoting African American music in the 1970s, Polydor did it differently. Polydor licensed in singles, pressing very few copies of each record - mostly as single-sided promos, to gauge demand. As a business model, it didn't work well and very few of their licensed-in records became hits. All the masters on this CD were small, licensed-in productions, with only one act - Creative Source - actually getting a contract with Polydor (and probably only after the single was released and became a minor hit). Most of the music on this CD is even rarer because most of the tracks are the more soulful, less poppy soul and funk tunes, some of which were relegated to the B-sides of stock copies pressed in tiny quantities. The short-sightedness of Polydor's policies, even relative to other major labels, became clear when some of the acts on this CD like Debbie Taylor and most notably Enchantment, had later success on other major labels. In any case, Polydor's policies led to a large amount of high quality but often very rare soul material, some of which makes its first reappearance on this CD.

Mojoba: Say You Will - The Reason Why: Step Inside My World - Crystal Clear: Stay With Me - Vaneese & Carolyn: The Goodbye Song - The Checkmates Ltd: All Alone By The Telephone - Creative Source: Pass The Feelin’ On - Alavarez: Sooner Or Later - Pete Warner: I Just Want To Spend My Life With You - Enchantment: Call On Me - Tyrone Thomas: You’re Hardly Gone - New World: We’re Gonna Make It - Moorish Vanguard: Sunshine Of Your Love - Sam Dees: Say Yeah - Ernie Shelby: Right Here Where You Left Me - J.J. Williams: Love Market - Debbie Taylor: I’ve Learned To Do Without You - Jules Johnson & The Dynamics: I Just Want To Thank You - Prime Cut: I’m So Glad

Various Artist
Step Inside My Soul - Rare '70 And Modern Soul