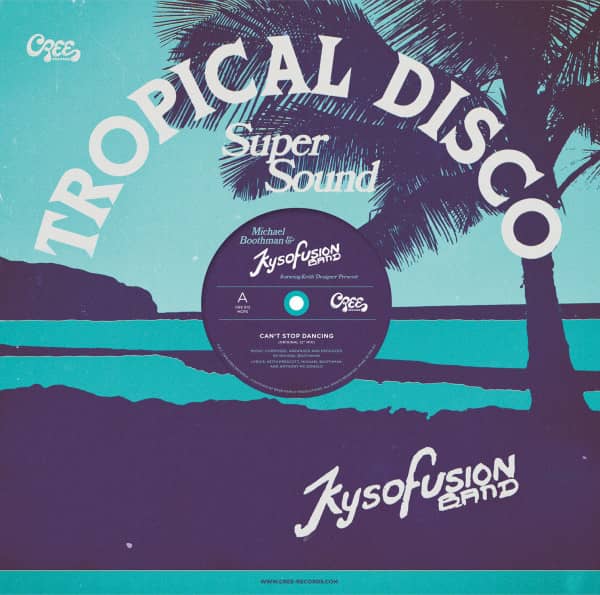 12'' Maxi Single in disco sleeve. 2 tracks. Playing time approx. 11:09 mns.
After his success with the 'Michael Boothman Sound' and What You Won't Do For Love, a song Michael had recorded in 1980 with Charmaine Forde he decided to change his musical direction again. Once again, he incorporated Calypso and other Caribbean musical genres in his music. In the early 1980s he rebranded the 'Michael Boothman Sound' as 'Kysofusion Band'.
Change and experimenting has been an important part of Michael Boothman's career since the 1960's when he started with his first group The Rockerfellas playing contemporary pop music. During the 1970 revolution in Trinidad and his experiences at the QRC Jazz Workshop The Rockerfellas evolved into Family Tree, a band that experimented with African rhythms, Calypso, Jazz, Funk and Latin music. A few years later The Michael Boothman Sound was born which was a Caribbean Pop/Disco project.
The name Kysofusion Band is based on the name of the musical style 'Kaiso', a type of popular music in Trinidad & Tobago that has its roots in West African music and evolved into Calypso music.
The band had many different line-ups over the years but the core of the band were Michael Boothman, Wayne Bonnaparte , David Boothman, Barry Howard, David Batiste and Sydney Joseph.
In 1985 after a collaboration with Ralph MacDonald and Keith ’Designer’ Prescott on Jump With Me, Michael went into Coral studios with Designer again to record Can't Stop Dancing, a balearic and athmospheric Disco song with Calypso influences. The song got some minor recognition on the radio and in the local clubs in Trinidad & Tobago.
Can't Stop Dancing is very sought after among record collectors and has now been picked up by DJs on the international club scene and is the perfect soundtrack for a mellow summer night.

Family Tree was a coming of age band marking a change of consciousness for a group of young musicians who had started their musical careers at the dawn of Trinidad and Tobago's Independence from Britain in 1962.

They grew out of The Rockerfellars, the first band spearheaded by the internationally renowned guitarist and songwriter Michael Boothman. The successful ’60s combo band playing rock and roll based popular music had reached the limits of its potential at a time when the excitement of Independence had given way to the anger of the civil rights movement which had been bubbling in Trinidad since 1967 and eventually spilled into the streets of Port of Spain in 1970 in what came to be known as the Black Power Uprising.

It was with this movement as a backdrop that the focus for Boothman and his friends began to change.

The Boothman brothers also had the benefit of coming from one of Port of Spain's most respected artistic families. Their uncle Geoffrey Holder was already the toast of New York's Broadway theatre scene, excelling as both a dancer and actor. Their younger uncle Boscoe Holder was on his way to becoming one of Trinidad and Tobago's most important visual artists.

Family Tree represented a new generation re-discovering Trinidadian folk music forms and giving them a contemporary treatment. Under the guidance of drummers like Andrew Biddeau, Family Tree infused old Shango rhythms in their new sound. They were also the first to experiment with steel pan, fusing it with the standard instrumentation of the day. 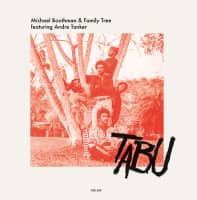