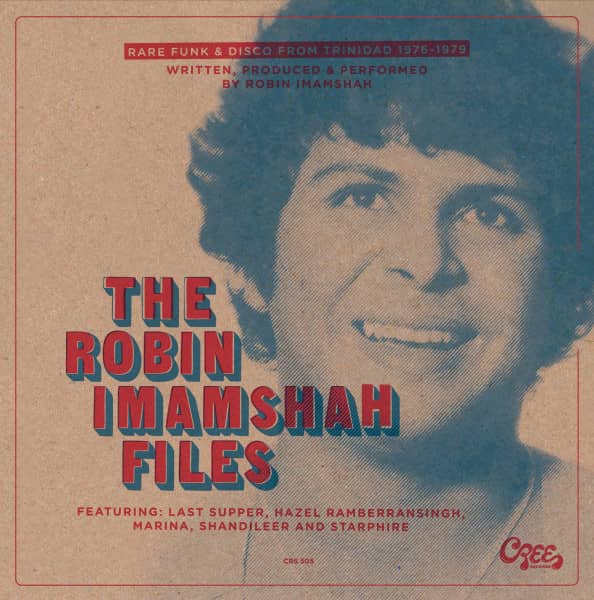 Rare Funk and Disco from the Caribbeans with a serious dose of Calypso flavor. ,• Three 45s (singles) in an exclusive slipcase, strictly limited to 500 copies, worldwide. ,• Recorded in Port of Spain, Trinidad 1976 – 1979. ,• Reissued here for the first time, ever!• Including the first solo recordings of Carl &, Carol Jacobs. ,• I Wanna Give You Everything is a cult anthem on the Northern Soul scene. ,At the beginning of the 1970s young musicians from the Carribbean Trinidad and Tobago began questioning the basic musical order. Calypso music, well-tried and getting a bit long in the tooth, had started its international triumphal procession during the 1950s. It was soon to be enhanced by American Soul, Funk, Rock, and Psychedelia laying the foundation for a new musical direction called ‚Soca’, the Soul of Calypso. ,Schoolmates Robin Imamshah and Carl 'Beaver' Henderson became part of the new movement, commonly founding their school band, Last Supper. In 1976 they recorded Black Ball at the K.H. Studio in Port of Spain, a blend of Funk, Psychedelic Rock and Calypso. The song is dealing with the story of a legendary pool shooter, a popular figure in Trinidad’s pool halls. Trinidad Boogie is the next single release, mixing Funk, Calypso and Indian music. Robin wrote the song after Funky Nassau by The Beginning Of The End had overrun the international charts. ,When Trinidad Boogie became popular on Trinidad, musicians and studio owners recognized Robin’s potential and asked him to write songs and produce. A year later he wrote I Wanna Give You Everything along with bassist Angus Nunes for vocalist Hazel Ramberransingh. The disco track was inspired by the Sound of Philadelphia. Today, this 45 ranks high on the playlists of Northern Soul DJs. ,Also in 1977, Robin wrote and produced Dance My Blues Away for Marina which was released on the Richie’s Music label. This song could also originate from New York’s disco label P &, P Records ... ,Carl Jacobs is another school mate of Robin’s. He and his wife Carol can be heard on almost every Trinidad recording from the 1970s and ‘80s. Together they were regarded the best background singers on the island. In 1978 it is Robin’s intention to establish the couple as lead singers, starting the Starphire project and recording the Boogie track, Zap Band Shang-A-Lang. ,Also with Carl and Carol as lead singers, Shandileer is founded the next year. The songs on the debut album ‘Disco Queen’ are written and produced by Robin and Carl. For the first time on Trinidad, video clips are produced for every album track. Inspired by the Miami music scene and bands like KC &, The Sunshine Band, Shandileer record Shake. ,To this day, Robin continues writing and producing for various artists. Recently, he has reunited with his pal from his school days, Carl ‚Beaver’ Henderson. He is also teaching music at the University of Trinidad &, Tobago. ,Cree Records is proud to present this exclusive vinyl compilation of mostly hard-to-find and lost songs, made possible through Robin Imamshah’s generous support and permission.