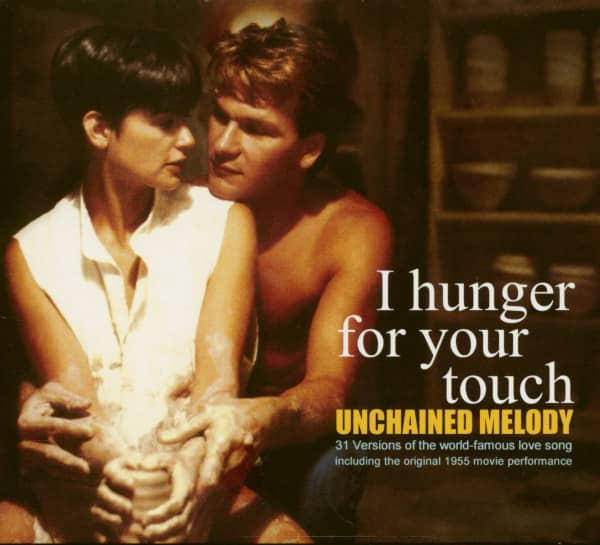 Various: Unchained Melody - I Hunger For Your Touch (CD)

Unchained Melody is the world's most famous love song. Every generation from the 1950s to the present has danced and romanced to its memorable lyrics and melody. Now Bear Family has gathered together 31 versions of the song, from the original 1950s hits by Roy Hamilton, Al Hibbler & Les Baxter to the influential 1965 version by The Righteous Brothers, which entranced a whole new generation when it appeared in the 1990 hit movie, 'Ghost'.

Did you know that Unchained Melody was the theme song from a long-forgotten 1954 film called 'Unchained' ? This CD presents the never-before issued movie performance of the song - called Lonely Rivers when it first appeared.

From instrumental versions by Max Greger and Chet Atkins to soulful vocals by Harry Belafonte, Willie Nelson, Gene Vincent and Elvis, this is the ultimate collection of a song that has left its romantic mark on millions of people the world over. The package includes an illustrated booklet with detailed track notes by musicologist Hank Davis. It is estimated that there have been over 1000 recordings of Unchained Melody in a variety of languages. We couldn’t present all of them here, but fans of the song will recognize this package as the deepest and most extensive tribute to the song ever released.

Various Artist
Unchained Melody – I Hunger For Your Touch

The picture on the front of the CD is from the movie 'Ghost'. The movie plays the quintessential version of 'Unchained Melody' by Mantovani several times. Yet this \best\" version of the song is NOT on the CD.

Brilliant compilation and my favorite versions are the ones from Gene Vincent & his Blue Caps and Vito & The Salutations!