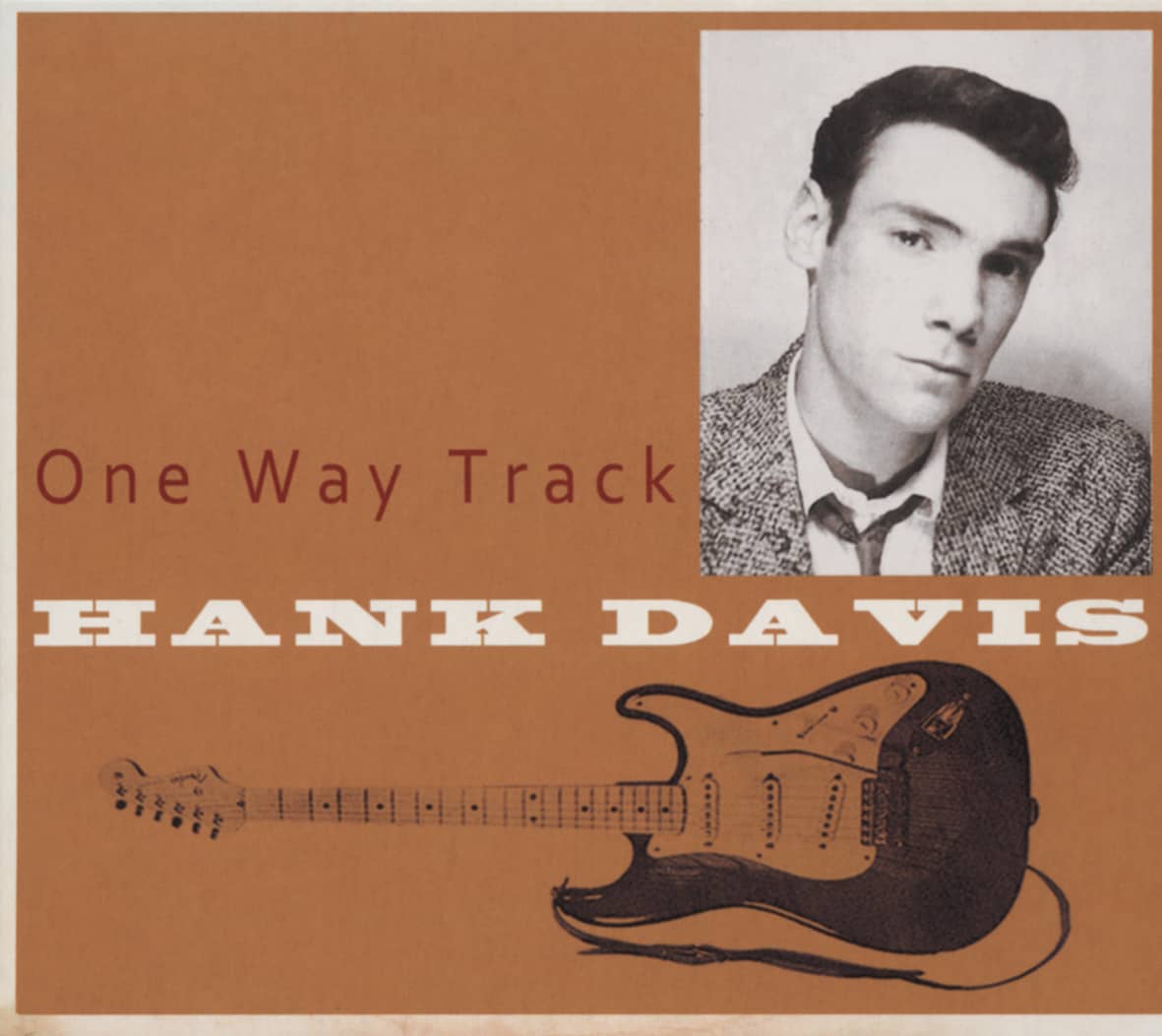 Singer-songwriter Hank Davis grew up in New York City listening to Sun Records. A collection of Hank’s early recordings - demos and 45s- is available on Bear Family Records (BCD 17319). Hank joined Bear Family as a producer in 1983 and has worked on close to 100 CDs and box sets since then. Hank's “midnight duets” with pedal steel guitar player Winnie Winston are available on ACD 12570. Hank presently lives in Canada and works as a psychologist.

“The underbelly of the music business is like baseball's minor leagues. All the players want to be elevated to the bigs. All feel they belong in the bigs. And no one knows it at the time but they're having the most fun they'll ever have in their lives. The music on this CD was made for the sake of making music. The way it should be.

“Untold tales are often more interesting and say more about the place and time than oft-told tales. This is a largely untold tale (sure, I tried telling it once on the liner notes for Hank's 'Stomping At The Dead Moose' LP, but you shouldn't believe a word of that). It says a lot about how the great shaking music colonized the world one mis-spent youth at a time.

“I've probably heard most of this music at one time or another, generally late at night at Hank's house in the woods with his girlfriend trying to sleep upstairs. Thirty or more years later, we're both still here (for that, I give a brief genuflection toward the god neither of us believe in). I'm looking forward to pouring a beer and settling in with the music on this CD. Many songs have come my way in the years since I first heard Hank's music, but I'm usually drawn back to the same stuff. Stuff like this.”

Hank Davis grew up in New York City (not Dry Heave, Arkansas, as some web sources report). "There was always lots of music to choose from: Country, blues, pop, doo wop, gospel, jazz and R&B. There was also lots of classical music but I never had any use for it. Classical music represented the opposite of what I wanted from music. It was scripted and constrained. Way too formal."

It didn't take long for Hank to find his way to those little yellow Sun Records from Memphis.

"For a while, I was probably the only one in my neighborhood buying them. Not just the hits by Johnny Cash and Jerry Lee Lewis, but all the obscure country and rockabilly stuff." Hank admits today that he cannot imagine his teenage years without having the energy of early Memphis music in his life.

"Nobody in my immediate family shared my taste in music. I was pretty much on my own. Even my friends didn't get it at first. They'd come over to my house and before we'd go out, they had to listen to a Billy Riley record or Sonny Burgess. It became a ritual. After a while they started asking for them. 'Anything new by Warren Smith?' Once they got hooked on the Sun sound, they became almost as fanatical as I was."

From Opera To Elvis 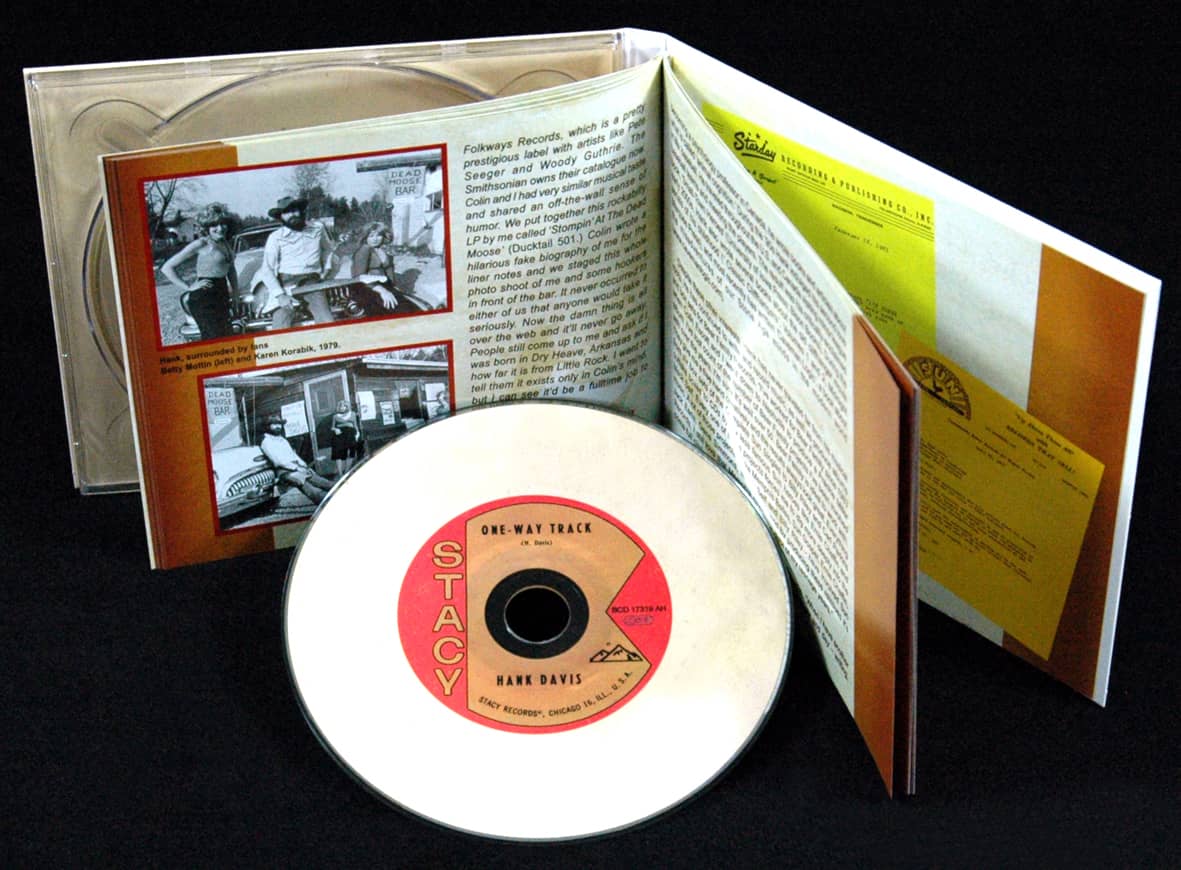 "My grandmother was a formally trained opera singer. I still have her certificate from the Royal Manchester College of Music. But other than her, nobody in my family was a musician. There was still lots of singing in my household every day. The radio was usually on and when it wasn't either my mother or my father were singing something. It usually wasn't the stuff I liked, but it did teach me it was OK to go through life with music buzzing in your head and it was also OK to inflict it on other people. At the least, they'd tolerate you and sometimes they'd actually enjoy what you were singing."

Around Hank's 15th birthday, things started to get more serious. "My parents started talking about music lessons. It was nice encouragement but I don't think they had in mind the kind of music I was drawn to. At first there was some talk about my learning to play the trumpet so I could be a 'real musician.' I imagined myself living like Chet Baker or Miles Davis. I had this image of somebody off in the corner, probably half-stoned, playing beautiful trumpet solos, wrenching gorgeous melodic runs out of chords. My mother, on the other hand, thought the guitar would be a better choice, so I could sing and play at the same time and entertain friends and family. She figured I'd be invited to all the parties and never have a shortage of friends. I know her heart was in the right place, but my vision of singing and playing involved studio sessions and bar gigs.

“Understandably, my mother didn't share that view. She didn't want to train her kid to be a social outcast with a substance abuse problem, although it sounded pretty romantic to me at that age. We compromised and did it her way, so off I went for my first lesson at the Del Mar School of Music on South Broadway in Yonkers. I took the bus down there after school, very aware that I was missing a stickball game going on a block from my house. Baseball was my other great love (and continues to be).

"When I got there, a woman signed me in and asked what instrument I wanted to learn. I told her I was thinking about the trumpet. She told me the trumpet teacher was off 'sick' (which meant hung over or stoned) and would I be interested in the guitar? At this point I knew I was beat so I went in for my first guitar lesson. Right away I knew this wasn't going to work. My teacher wanted me to learn to read music. Why? I asked. 'So you can play what's on the page,' he answered. 'Sing it to me and I'll play it,' I replied. 'All the great music of the world is written,' he argued. 'But I don't want to play great music,' I explained.

"After two more weeks of this, he relented and I bought a Hank Williams songbook. Twenty-five cents well invested. All the words and chord symbols of Hank's Greatest Hits were there for the taking. Within two weeks I knew more Hank Williams songs than anybody in Yonkers, New York. Of course, that wasn't saying very much back then.

"My days at Del Mar were numbered and soon my mother hired a private teacher for me. His name was Joe Phillips, and he was a nice enough guy who made his living playing in the dance bands that still worked locally on weekends. He also did a little teaching to pay the rent. Joe also thought that Hank Williams wasn't good enough and tried to teach me to read. I hated it, only this time my mother was in the next room pretending to make dinner and listening. It got so the highlight of those lessons was the last five minutes when Joe would play some solo guitar for us. He was really good, although he and I lived in different musical universes. My mother's favorite was his rendition of 'Flight of the Bumble Bee.' It really was pretty impressive, and after he'd leave, my mother would say to me, 'I can't wait until you can play like that.' I hated to break her heart, but I had no interest in playing like that."

"At night, sometimes I'd listen to 'Gunsmoke' on the radio and imagine myself playing like that studio guitar guy, whoever he was. I memorized those riffs they used between scenes and, most of all, that wonderful nine-note guitar run at the close of the theme song. I'd lie in the dark playing air guitar along with the music on the radio. It probably made me into a guitar player years before I got my first instrument."

"In less than a year I'd moved past ' Gunsmoke' and started my fascination with Sun Records. I listened to the Alan Freed show every night and he would identify not only the artist and song title, but the record label as well. A lot of '50s collectors probably got their start that way. I noticed that a lot of the music I liked was appearing on the Sun label from Memphis. I started listening for it and before long I was collecting records by Carl Perkins, Johnny Cash and Jerry Lee Lewis. At first, Johnny Cash 45s introduced me to the primitive world of Luther Perkins. Even as a 15 year old kid, I knew you didn't have to read music to play guitar like Luther. Elvis Presley records were a different matter. I had no idea what his guitarist Scotty Moore was doing and I don't think most guitar teachers in New York did either. There probably were no Echosonic amplifiers in my neighborhood and none of us knew anything about slapback echo."

The power of music from Memphis was contagious. "Sun Records were changing my life and, in turn, I brought that energy to the lives of my friends. I went to summer camp around 1957 and brought a bunch of my Sun 45s with me. 'Ubangi Stomp;' 'Rock & Roll Ruby;' 'Folsom Prison Blues;' 'Blue Suede Shoes;' 'Trouble Bound.' Every day after lunch I'd listen to them and before long I had my whole bunk listening with me. My parents brought up my guitar on visiting day and several bunkmates and I started singing these songs. The music moved even closer to the center of my life. I'd be swimming in the lake and 'Folsom Prison Blues' would be going through my head. I'd be standing in left field waiting to catch a fly ball and 'Rock & Roll Ruby' was with me.

"After the summer I started getting together with two pals who played the guitar and drums. We all lived in apartment buildings and it was hard to find a place to play without some neighbor banging on the walls or calling the cops. We never did find a bass player. Everybody wanted to play the guitar and sing. At one point I was in a band with three guitar players and no bass. And nobody played lead guitar. When it was time for the guitar solo we'd all look at each other.

"That's when I started learning to play lead guitar. I didn't want to do it really. I wish we had an aspiring Scotty Moore living in our neighborhood, but we didn't. We were all Elvis or Johnny Cash or Billy Riley wannabees. If I hadn't learned some lead guitar, there would have been gaping 12 or 24 bar holes in our songs. Carl Perkins made it cool to be the front man and pick lead guitar. He'd sing a verse, then shout "Aw, git goin' boy" and he was the boy who'd git going. I didn't feel so bad about playing my own solos after I watched Carl a few times."

Brandnew 45rpm from the Sleazy label! 'One Track Mind' is presented in its original form like it was recorded before it came out on the Stacy label in 1960! 'Salamay' is a previously unissued Sax Rocker from 1961 which never appeared on...
$11.81
more details
Video