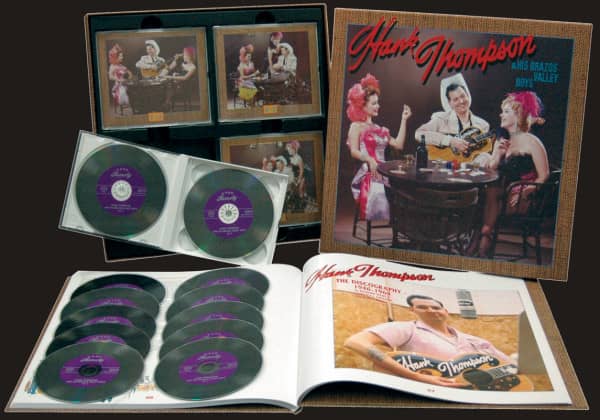 Copies of the 1996 Hank Thompson box have been changing hands for up to Dollar 500 on auction sites! That's good news if you want it and you have five hundred spare dollars...but now there's good news for everyone else who didn't get it upon release. In the course of cleaning house, we found 500 books for the box . So we're re-pressing 500 copies of the box to go with the book. First come, first served. Don't wait and decide you want it after the price has gone back to Dollar 500!

Hank Thompson began his career singing Ernest Tubb-style honky tonk, the sound heard on his first small-label regional hits. Signed to Capitol in 1947, national hits came quickly, and E.T. himself got Hank on the Opry in 1949. Realizing he wanted something different, Hank quit, headed home to Texas and organized a dynamic, Western Swing version of his Brazos Valley Boys band, led by Billy Gray. Not only did they put a danceable sound behind Hank's honky tonk vocals (a formula George Strait repeated 30 years later), they reflected a highly successful convergence of the two related Texas genres. The results were landmark hits like The Wild Side Of Life, Rub-A-Dub-Dub, Wake Up, Irene, Honky Tonk Girl, Wildwood FlowerandSquaws Along The Yukon. Along with Hank's ebullient voice, came steel guitar virtuosity from Lefty Nason (the man who created the distinctive Thompson steel sound), Curly Chalker, Bobby Garrett and Bobbie White can be heard. So can brillant fiddling from Curly Lewis, Keith Coleman and Billy Armstrong, with guitar picking from Hank's friend Merle Travis and, on occasion Joe Maphis.

This 12-CD set includes all of Thompson's 1946-47 Globe and Bluebonnet recordings, as well as his complete 1947-1964 Capitol recorded output. Included are all three of his live LPs including the 1961 ‘Hank Thompson At The Golden Nugget', the first live LP ever done by a solo country singer. Also included is an 84-page hardcover with rare photos and memorabilia from Thompson's own archives, a complete discography and a newly-researched biography by Rich Kienzle. 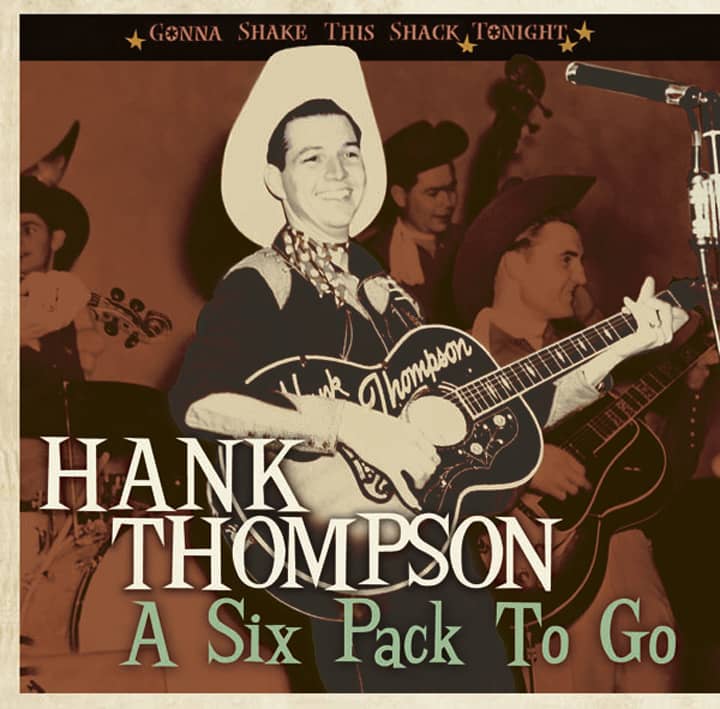 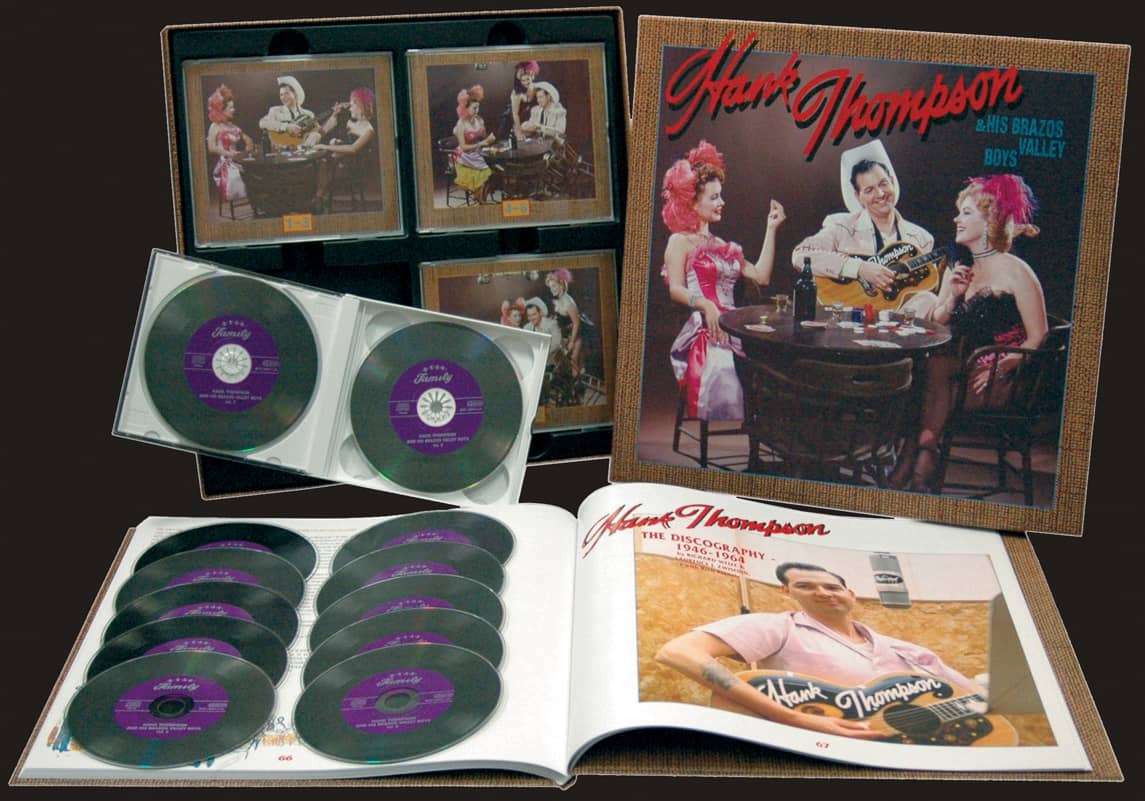 Jim Halsey, who became Hank's manager in 1952, brought new ideas to the table like Hank's longtime relationship with Falstaff Beer in a day when corporate sponsorship of country acts was rare. Halsey suggested Capitol record Hank onstage at the Golden Nugget in Vegas in 1961—making him the first country artist to record a live album. Hank parted ways with Capitol in 1964. After two years with Warner Bros., he spent 13 years with Dot/MCA, recording in Nashville. The Dot era brought a few major hits. Nonetheless, while reflecting on his recording career in the book accompanying Bear Family's Thompson box set, he concluded, "I’d play one of those Dot records then drop one of those old Capitols on, and it was all the difference in the world between the presence and quality of the Capitols and what Dot put out."The Country Music Hall Of Fame inducted him in 1989.

Very nicely put together, superb remastering and the book is fantastic; a bunch of info and rare photos in it. Expensive but well worth the price! 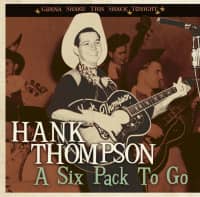 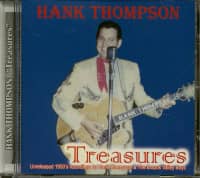 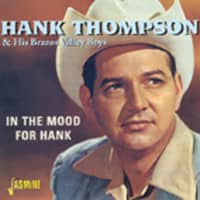