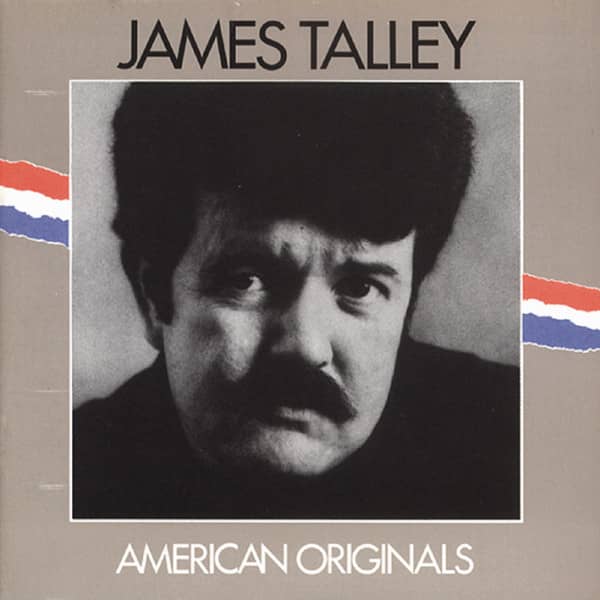 James Talley was born in Oklahoma. The singer/songwriter with roots in country, folk, and blues is living in Nashville. American music critics have been mentioning his name along with Woody Guthrie,Merle Haggard, or Bob Dylan. 'American Originals', his first album in ten years after working for Capitol during the 1970s, was released in 1985.

MOMENTS IN TIME, MUSICIANS, BRICK MASONS, FRIENDS AND TRUE BELIEVERS
THE WINTER OF '79 ... 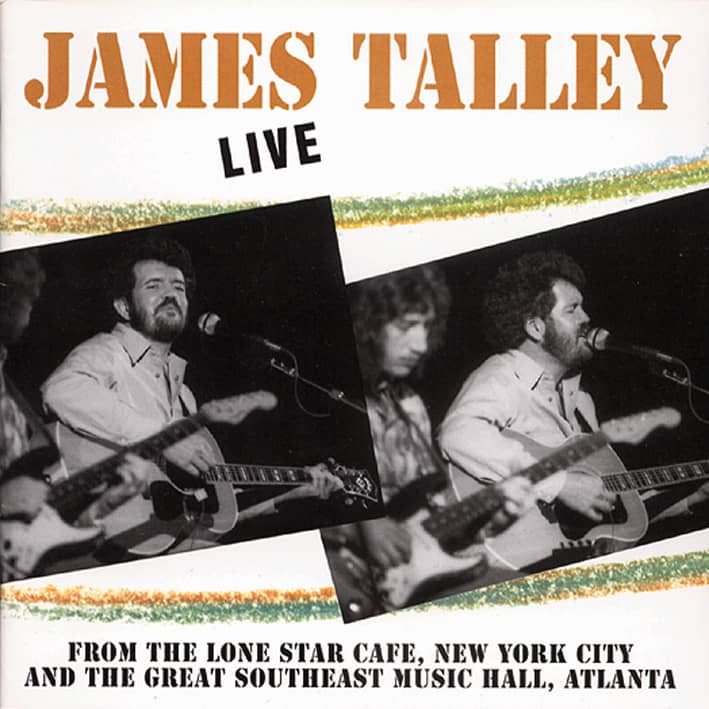 I've always enjoyed performing my work in concert with a good band, and I don't think I know a single songwriter who doesn't want to share his or her songs with an audience. Certainly, we don't write them to sing to ourselves. Music is created to be performed, whether it's delta blues or a symphony. The ultimate test, then, for a writer-performer is: can you deliver 'the goods' before an audience ... live? In February and March, 1979, I did two dates each, at the Lone Star Cafe in New York City and the Great Southeast Music Hall in Atlanta. I had assembled an exciting touring band of five bright, young musicians. Three of them, Larry Chaney (electric guitar), John Salem (piano), and Bill Hawks (bass) had been recruited the previous autumn for the concert I did for Marlboro at the American Grand Prix races in Watkins Glen, New York. (Film maker, Julius Potocsny, made a wonderful film of that Watkins Glen performance for Philip Morris.) I was unable to keep the entire Watkins Glen band together, however, for these winter shows in New York and Atlanta. So I engaged two new players, Chip Hager (harmonica) and Peter Keeble (drums), for these shows. On the band's first trip to New York, the first week in February, we also did a live radio concert on WHN in New York. This was broadcast live from the Lone Star.

Larry Chaney, John Salem and Bill Hawks were all from Wichita, Kansas. and had grown up and played music together for a number of years. They had come to Nashville to play music, and court their dreams, like so many other young musicians have done, before and since. Chip Hager was from Conway, Arkansas, a Vietnam Navy veteran, expert jeweler, serious Budweiser consumer, and unparalleled blues aficionado. He had played with Larry Raspberry and the Highsteppers out of Memphis, and was recommended to me by our mutual friend, Greg 'Fingers' Taylor. Peter Keeble was a Nashville native, art history graduate, and was operating a
small recording studio in Nashville at the time. The chance to play some live music, however, with some very talented musicians was about all it took to get him out of the studio and back on the road.

FRIENDS AND TRUE BELIEVERS ...
Creativity, I have always felt, is a very solitary thing; but no one can really achieve much, or share that creativity, without the understan-ding and assistance of others. So it is with music, business, and life. There were probably no bigger supporters, fans, or true believers in me and the music I was creating in the mid to late 1970s than Jack Tarver, the owner of the Great Southeast Music Hall, and Mort Cooperman at the Lone Star Cafe. I played the Music Hall on my very first tour as a new artist on Capitol Records in 1976, and when the Lone Star opened in 1977, Mort Cooperman asked me to play at the opening, which I was unable to do, as I did not have my band assembled at the time. The Lone Star was always a treat to play, and New York was always an exciting place for young musicians from places like Wichita, Kansas and Conway, Arkansas. John Salem said to me recently that he will always remember the 'three alarm chili' and swapping quips with Mort at 3:00 A.M.. There was as well, on these New York trips, the spiritual reinforcement from friends in the press like John Walsh, who was then at Newsweek, and Nat Hentoff at the Village Voice, and many others. Atlanta always had tremendous audiences too, and Jack Tarver was a performance himself in those days. Jack and I spent many of our off afternoons floating down the Chattahoochie River in a rubber raft, drinking Miller Lite from the cooler. I never knew with whom I would be called upon to perform at the Music Hall—Jerry Lee Lewis, Carl Perkins, the Nighthawks, John Prine, or B.B. King. Both The Lone Star and the Music Hall booked a stellar array of talent. The memories go deep, and I have never forgotten the support and friendship extended to me by these two club owners. So it seems only fitting, then, that these tapes, recorded at these two clubs, should be resurrected and released as a live album, even now, fifteen years after the original recordings were made.

A MOMENT IN TIME ...
Richard Weize, my tireless supporter at Bear Family Records in Germany, who has released seven other James Talley albums in Europe, since resurrecting my music in 1985, asked me a few months ago if I had any tapes we had not yet released. I dug through a box of old cassettes, recorded through the sound boards, from various live performances over the years, and I ran across the tapes of the Lone Star and the Music Hall shows. Fortunately, these tapes were recorded on what was at that time, very new, high quality cas-settes by the Maxell Corporation, 'Ultra Dynamic XL II.' Though in common use now, this was hot stuff in those days, and the sound mixers at both clubs - Darin, at the Lone Star, and Alan Vontillius at the Music Hall - were both using it. Had we not used this ultra-high-bias tape, there would have been much more 'tape-hiss' on these recordings. My wife, my younger son, and I listened to these recordings in the car one afternoon, driving to Memphis, and we were all impressed by the energy and the wonderful per-
formance of the band. Using today's digital technology, and with a little help from my songwriter friend, Ray Methvin, here in Nashville, I was able to digitally transfer and edit these tapes into the finished album.

Because of the way these songs were recorded, 'across the board,' what you are hearing is actually what the audience heard on the nights they were recorded. For such recordings to sound like anything at all, several things have to happen: the musicians have to play flawlessly; I have to remember my lyrics; the sound man has to mix the band correctly; in short, "all the planets have to line up," or what goes down on the stereo two-track is pretty much useless garbage. Fortunately, on these nights, it all came together. Yes, there are a few mistakes here and there, and there are a few places where the mix could have been a little better: but by and large these tapes have the energy of the real thing, and more, they have the feeling. What we have, then, is a moment in time, captured, that but for these recordings, would never be part of this world again. Such is the nature of live performance.

BRICK MASONS ... Nashville, Tennessee has a number of historic and wonderful brick buildings, some of them built before the Civil War, and many of them more than a century old. Have you ever looked closely, studied an old brick building ... seen all those thousands of bricks, laid and stacked, one over the other, this way and that, mortared into place ... chipped a little here, cracked and broken a bit there, and wondered: who put all those bricks in place? Who was that brick mason? What was in his heart, what were his dreams? Did
he have a wife, a family? Was he black; was he white? Was it cold that day, did his teeth chatter? Was the wind blowing through him as he stood on the scaffold? Or was it scalding hot, ninety-five degrees, and him sweating like a race horse? And you wonder ... as you look at the patterns and as the brick rhythms dance and stare at you from the heart of the silent bricks. Musicians are like brick masons ... they fill in the mortar and bricks that finish out a song; they cement it together, put the weep holes in the right places. They form it, frame it, separate it out from the rest of life, and make it special, a thing apart. Their dreams are in rivers of notes as complicated as higher mathematics, in colored waves of sound, in the midnight miles of the road, in the neon-lit truck stop diners, in strong coffee ... all so they can stand before you for a few ... 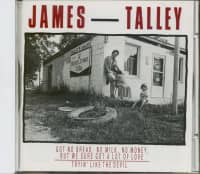 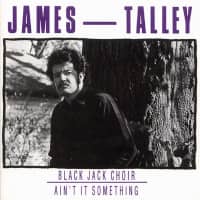 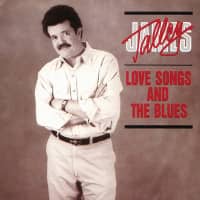 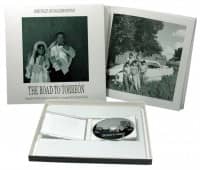 Tracklist
Talley, James - American Originals CD 1
01 Find Somebody And Love Them
02 Bury Me In New Orleans
03 Baby, She Loves A Rocker
04 Whiskey On The Side
05 Are They Gonna Make Us Outlaws Again
06 A Way To Say I Love You
07 New York Town
08 Open All Night
09 Montana Song
10 Ready To Please
11 We're All One Family (All Over The World)