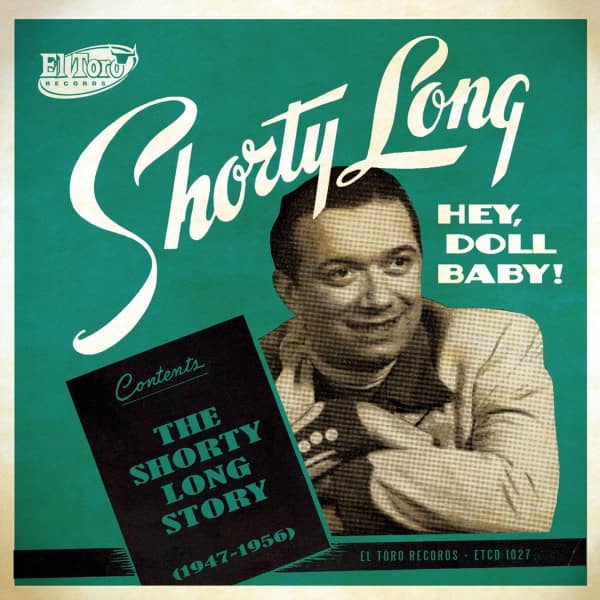 (El Toro) 30 tracks.
Shorty Long had a rich and varied career, covering country, rock 'n' roll, pop and musical theatre; and a respected musician who backed the likes of Elvis and Janis Martin in the studio. His dearest wish was to be remembered for his not insignificant contribution to the history of country music and hopefully this collection, the first ever reissue dedicated to his legacy, will go some way to achieving that.

Devil With The Blue Dress

Devil With The Blue Dress

Though only an inch over five feet in stature, Shorty Long's talent was anything but diminutive. Born Frederick Earl Long in Birmingham, Alabama (a state that contributed more than its share of luminaries to Motowns roster) on May 20, 1940, Long was influenced by Johnny Ace and Little Willie John and tinkled the 88s in local nightspots before moving to Detroit in 1959. Signing with Harvey Fuqua and Gwen Gordy's Tri-Phi label in '62, he made three singles. I'll Be There graced two of them, with Bad Willie occupying the first flip and Too Smart on the second. The firm pressed up a third Long 45 pairing Going Away and the rocking What's The Matter before Motown absorbed Tri-Phi, sister label Harvey, and its most promising artists: saxman Jr. Walker & The All Stars, Johnny Bristol, The Spinners, and Long.

Ebullient Shorty was an instant favorite around Hitsville. "That was my man!" exclaims former Motown promo man Weldon A. McDougal III, who often accompanied Long on the road. "He was always singing and playing. When we went into the hotel, I'll never forget it, he would ask 'em, do they have a piano around. And if they did, if I ever wanted to see him anymore, he would be up there playing and writing and doing songs."

Though he was fresh to its halls, Long was encouraged to write his own material at Motown. He penned Devil With The Blue Dress, his first offering on the brand-new Soul subsidiary, with producer Mickey Stevenson. A tough blues grinder seasoned by rippling piano and stinging guitar, it somehow avoided 'Billboard's' charts. But fellow Motor City denizen Mitch Ryder knew it was a potential hit. The blue-eyed soul-rocker and his Detroit Wheels doubled the tempo, welded it to Little Richard's torrid Good Golly Miss Molly, and nailed a #4 pop smash with the hybrid on producer Bob Crewe's New Voice logo in '66.

Shorty jumped onto the charts in 1966 with an infectious dance workout, Function AtThe Junction. He had more success in '68 with Night Fo' Last, which was something of a sequel. But Long's top seller came later that year with the raucous novelty Here Comes The Judge, inspired by a zany courtroom comedy routine on the television program 'Rowan & Martin's Laugh-In.' Long tragically drowned June 29, 1969 while fishing on the Detroit River; his rowboat capsized when a larger vessel swamped it.