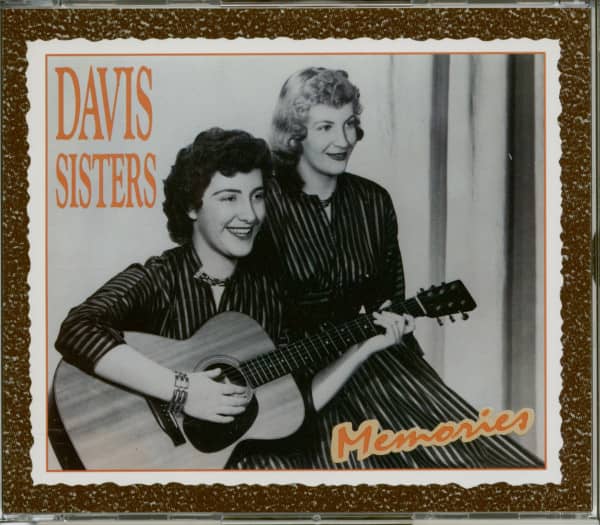 The Davis Sisters were one of the great tragic stories in country music. Skeeter Penick and Betty Jack Davis harmonized beautifully and scored a nationwide smash in 1953 with
I Forgot More Than You'll Ever Know. Shortly after, Betty Jack was killed. The complete story of the girls' early recordings for Fortune (Jealous Love, Sorrow And Pain, etc.) is here together with all of their RCA recordings, including the recordings that Skeeter made with Betty Jack's sister after Betty Jack's death. Unissued acetates from Skeeter's collection round out this set. In total, 60 sides, including Rock A Bye Boogie, Sorrow And Pain, Takin' Time Out For Tears, Foggy Mountain Top, Tomorrow's Just Another Day To Cry, and It Wasn't God Who Made Honky Tonk Angels.
Contains 30! unissued tracks/takes 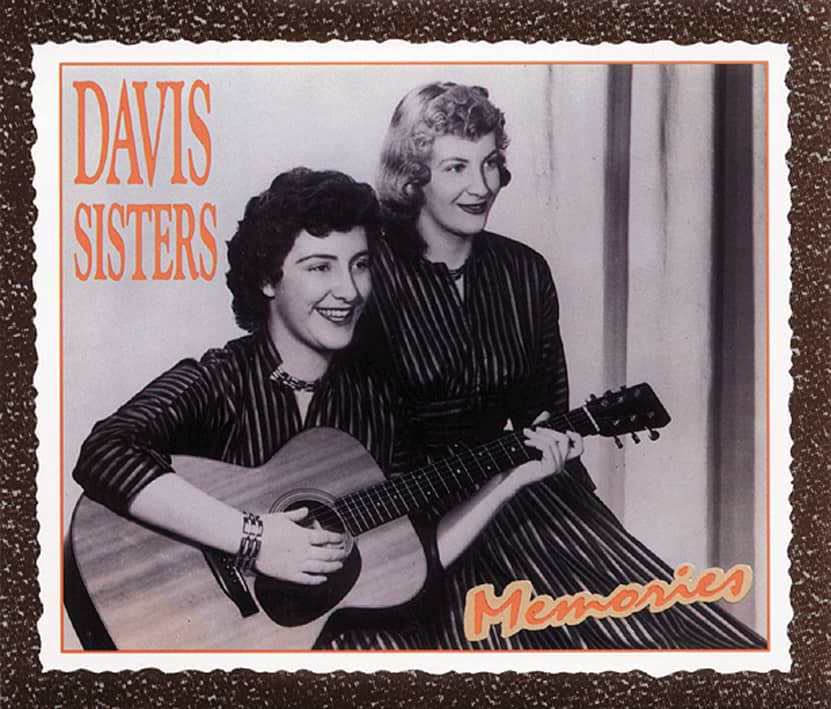 The story of the Davis Sisters (BCD 15722) has to be one of the more tragic sagas in country music. High school pals (not sisters) Mary 'Skeeter' Penick and Betty Jack Davis formed a singing group, began their career recording for the small Detroit-based Fortune label in 1952, then made the big-league leap to RCA Victor in 1953. Their first RCA session reaped a nationwide hit, I Forgot More Than You'll Ever Know (#1 country, #18 pop). Shortly after the release of that record, the gals were in a very bad car crash that killed Betty Jack instantly and seriously injured Skeeter. After her recovery, Skeeter re-formed the Davis Sisters with Betty Jack's older sister, Georgia. Skeeter and Georgia performed and recorded together until 1956 but never scored another hit.

The flip-side of the Davis Sisters' big 1953 hit was a peppy pre-rock 'n' roll number called Rock-A-Bye Boogie. Chet Atkins' echo-drenched guitar intro is very Les Paul-like. You might actually think you've put on a Les Paul and Mary Ford record 'till Skeeter and Betty Jack set you straight with their hard-country harmony vocals that are nothing like the smooth, warm multi-tracked sound of Mary Ford. Rock-A-Bye Boogie clips along at a brisk country-boogie pace with fine solos from steel guitarist Jerry Byrd, fiddler Hal Smith and ace guitar picker Chet Atkins. However, the real hero of this record is the un-credited recording engineer who cranks up the echo on the vocal choruses and on Chet's energetic guitar solo, pre-dating the fabled Sun Records 'slap-back' echo sound by a few months.

Skeeter Davis went on to have a long, successful career in country music.