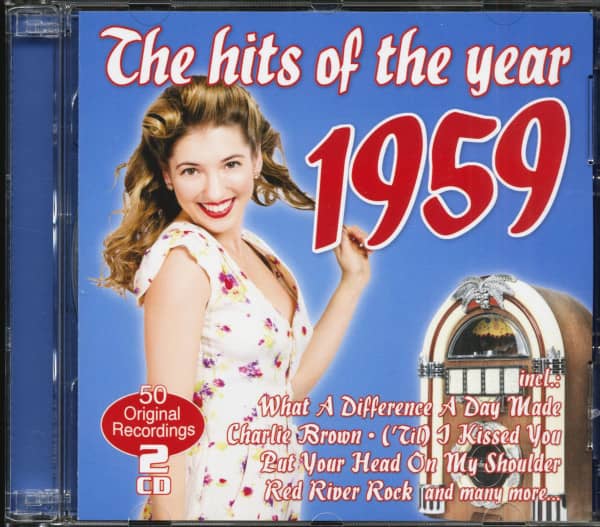 1959 was a very eventful year. The news of 1959 was marked by the revolutionary events in Cuba, where Fidel Castro took power. In Germany, Heinrich Lübke succeeded Theodor Heuss as Federal President. In New York the Barbie doll was presented to the public for the first time and Eintracht Frankfurt became German football champion in 1959. The Edgar Wallace movies conquered the German cinema screens and Rock'n Roll entered the German charts.

Among the most successful international artists of the year were Elvis, the Everly Brothers and Connie Francis, as well as Billy Vaughn with his orchestra. The German economic miracle had picked up speed and the wave of food and drink reached its peak. With the Mini, Austin brought a modern small car onto the market that met the young people's attitude to life. They were keenly interested in the new sound that came from the U.S.A. with Rock'n Roll. "Charlie Brown", "Red River Rock" and "Lipstick On Your Collar" boomed from every music box. Also the teens of that time liked to listen to the romantic Rock'n'Roll Love songs like "Donna" by Ritchie Valens and of course "Put Your Head On My Shoulder" by Paul Anka.

Let this wonderful double CD take you back to 1959 and indulge in memories.