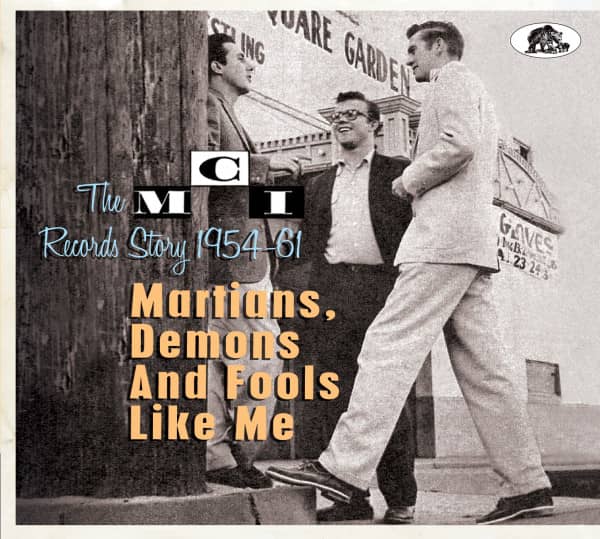 In 1956, singer Sanford Clark, guitarist Al Casey and producer Lee Hazlewood laid out the all-time rockabilly classic The Fool and put Phoenix, Arizona, on the music world's radar. The Fool came out on the tiny MCI imprint and, energized by the national hit, the label for the next five years turned out more Rock 'n' Roll gems by the likes of Al Casey, Dick Robinson and His Makebelievers, Jim Fleming and The Casuals, Bobby and The Demons, Frank Fafara and Denny Reed. This collection is the first-ever overview of this ground-breaking company, featuring Sanford Clark's never-before-heard pre-Fool recordings of Blue Suede Shoes and Heartbreak Hotel plus previously unreleased tracks by Lee Hazlewood, Spence Bare and the Newton Brothers featuring Wayne Newton, several vintage 1950s advertising jingles and two songs played on AMC's 'Mad Men.'
39 tracks total, mostly transferred from the original analogue tapes
Compiled by Arizona music historian John P. Dixon with notes by Phoenix journalist Dan Nowicki, and a complete MCI Records discography with label pictures.

Review 1
Read, write and discuss reviews... more
Close menu
Customer evaluation for "Martians, Demons And Fools Like Me - The MCI Records Story 1954-61"
From: recordcllector24 On: 11 Apr 2017