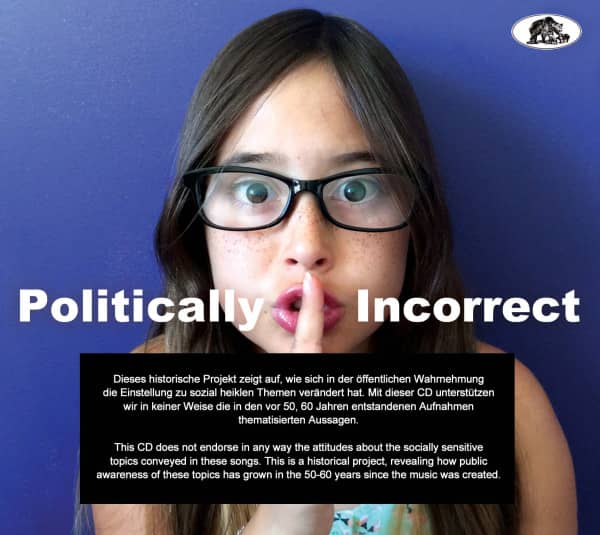 You think the ‘50s were mild-mannered and bland? Think again after you’ve listened to these 31 tracks drawn from the two decades following World War 2. Today you could lose your job or worse for uttering some of these politically incorrect sentiments. Back then? Let’s just say it was a different world fifty or sixty years ago.

As the 31 tracks on this collection show, you could sing with cheerful abandon about topics like pedophilia and domestic violence, you could show open disdain for overweight people, ridicule immigrants who spoke English with a 'foreign' accent, and devalue women for just about anything you pleased.

You’ll marvel at what was considered OK in mainstream popular music. Unlike some extreme pop music today, these 31 songs were not meant to upset the audience. What passed for popular entertainment then could be pretty shocking by today’s standards.

Blues & Rhythm 3/16 "For those of you who collect thematic compilation CDs, this may be an essential purchase.The CD packaging is once again a tribute to Bear's superior standards, and with over 80 minutes of music there is much that other record companies could learn about CD production from the people at Bear Family."