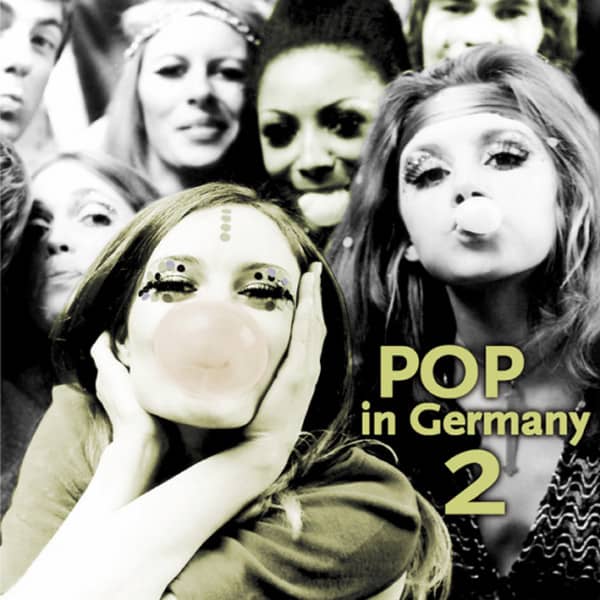 Pop Songs in Germany, Vol. 2
Nürburgring, 24 June 2001, around 4 pm. The 9th round of this year's Formula 1 World Championship has waved, but no one is interested in the winner and the placed.
Instead, there was a lot of excitement all around the track, paralyzing horror among the activists, the media and over 100,000 spectators. The incomprehensible reason: 'Schumi' is gone! No flat tire, no accident, just gone!
May no one laugh, give the 'windscreen wiper' at forehead height or perhaps believe that it may be in the wrong booklet! Because, dear doubters, something comparable has actually happened before. If you don't believe it, put the booklet out of your hand immediately, push the CD into the shaft and immediately give yourself title no. 8. At the start was Pearly Spencer, who reports Tom Hagen, a temporarily known Schlager man from Rinteln on the Weser, with a transfigured voice incl. a concern factor of 100. Olle Pearly, in a nutshell for further readers, had left, " . . . but he never arrived. . . .". And nu?! Miracles or even crimes, Hagen asks himself and us. No answer, even - ohauahaua! - the whole world was at a loss then.
If the strange Nürburg-Chose still makes you sleep today, there's only one thing left to do: contact Michael Holm. It is to this that we owe the mysterious mess; HE has given the wonderful 1967 original song by Northern Ireland's David McWilliams a German lyrics that will blow your helmet even in 2001.
Not an isolated case when in the 60s and 70s it was a question of filing Anglo-American titles for local domestic use. The German record companies already had a big heart for buyers who didn't speak English or only partly. The fact that the original text content often went completely to vetches with such aid measures - who did it bite?!
What could come out in detail is - sorted by genre - already to be heard on CDs: 'Surf In Germany' (Bear Family Records BCD 16211) has dedicated itself in the past to the musical surfers, 'Twist In Germany' (BCD 16186) to the hipwacklers at risk of bite - with 45 sounding diaphragm attacks together. An Abigail Beecher turned into an Abigail Beecher, the blockbuster Mausi Müller, She Rides With Me just a moment ago No Alibi or Twist Everybody the diet decree Twist is good for the line.
But all this was only a slight - albeit already wonderfully curious - preliminary skirmish at the beginning of the Golden Sixties, in the so-called pre-Beat(les)-era. The full broadside, however, that was still pending. Rolling Stones, Beatles, Bee Gees, Kinks, Procol Harum, Mamas & Papas, Yardbirds, Beach Boys, Kris Kristofferson, the Walker Brothers and, and, and, and: The UK and US crème of the 60s and 70s was the target when it came to producing German-language cover versions - and it was also hit. Flower power, '60s Britpop, beat, scolding ballads, there was no escape.
Not infrequently, these often breathtaking curiosities were found on single B pages or were pushed away on LPs as titles A5 or B4. That a "real" hit jumped out was the exception. Of the treasures presented here, only the Four Seasons number Rag Doll, given in German by the Five Tops (alias Leo Leandros), achieved 4th place in the charts in 1965. Six years later, daughter Vicky was still able to keep up: Your where is he? - George Harrison's My Sweet Lord - climbed to position 19, with Heidi Brühl and Renate Kern in places 33 and 37 respectively for adaptations of the Bee Gees and - yes - Janis Joplin. The rest, at least on the present coupling, was a deep silence.
The accurately parted Moldau-Caruso Karel Gott was still able to start off, let's say, stones-wise - his black and red remained, quite honestly, but a little bit behind Paint It Black by Mick Jagger & Co. Today we should be nevertheless glad that we may conserve such an astonishment on CD. Or who else would later remember a Heidi Franke, who - Walker back, Brothers back - was at least career-wise right with Die Sonne scheint nie mehr for me unfortunately. Also a Bill Ramsey has immovably entered himself into the cover annals, abbot Beatles: "port is red and starboard is green" - the rhyme on Yellow Submarine was finished. An artist named John Dattelbaum succeeded in creating a classic as early as 1961, and the choice of his pseudonym is not enough to give him credit for. It wasn't Peter Alexander who was behind the Mä Mä Mä Mä Mä Mä Mä girl fright, as long as he actually and seriously suspected, but the Polydor interpreter Wolfgang Graf (also Jonny) from Berlin. That he only approached Del Shannon's original runaway to a limited extent in terms of content - sponge over it.
Also episode 2 of the new series 'Pop in Germany' preserves the works of friends and outsiders. Peter Horton, Lilll Lindfors and Gerhard Wendland here - a Carlo Lind, Peter Haupt, Eddie Freytag or Östen Warnerbrink there. Most performers only slide onto the playing surface of a CD now, 30 to 40 years after the first release of their cover versions. Many of the 25 "converted originals" that have been taken from the archives here are long sought-after (vinyl) objects of desire on the collector's scene. And just the tip of an iceberg.
BERND MATHEJA 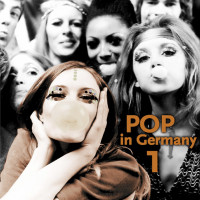 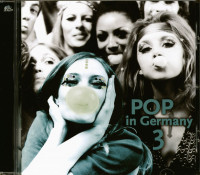 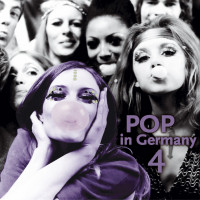 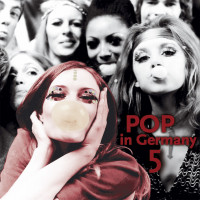