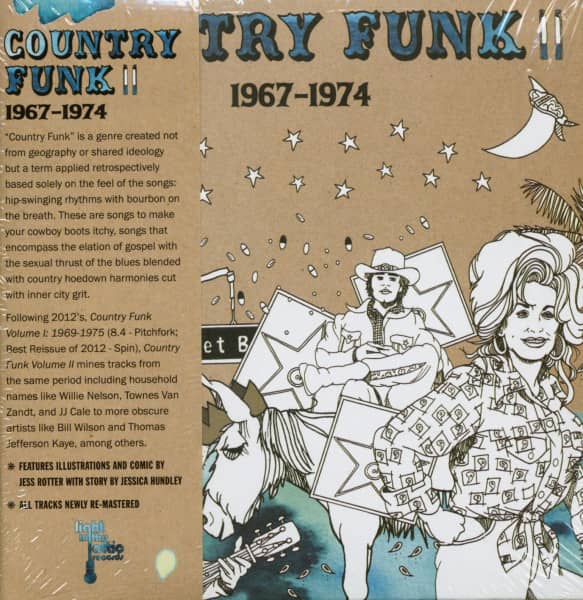 (Light In The Attic) 17 tracks, digisleeve

It's a genre that didn't emerge from geography or common ideology, but a term that is applied retrospectively and is based exclusively on the feeling of the songs: hip-swinging rhythms with bourbon in breath.

Light in the Attic has continued the first 17-track disc with a second volume, Country Funk Volume II: 1967-74, and a new set of loosely speaking, overlapping, steel-clad tracks. On this CD you will find well-known names like Willie Nelson, Townes Van Zandt, Kenny Rogers, Jackie DeShannon, JJ Cale, Bobby Darin and Dolly Parton. You'll also find obscure artists like Bill Wilson, whose lost album was produced by acclaimed Dylan producer Bob Johnston, and Thomas Jefferson Kaye, well-known producer of Gene Clark's No Other. Gene Clark is also here, as half of Dillard & Clark, wrestling raw emotions from the Beatles' Don't Let Me Down. 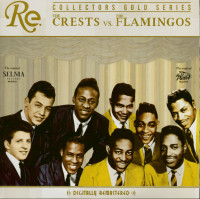