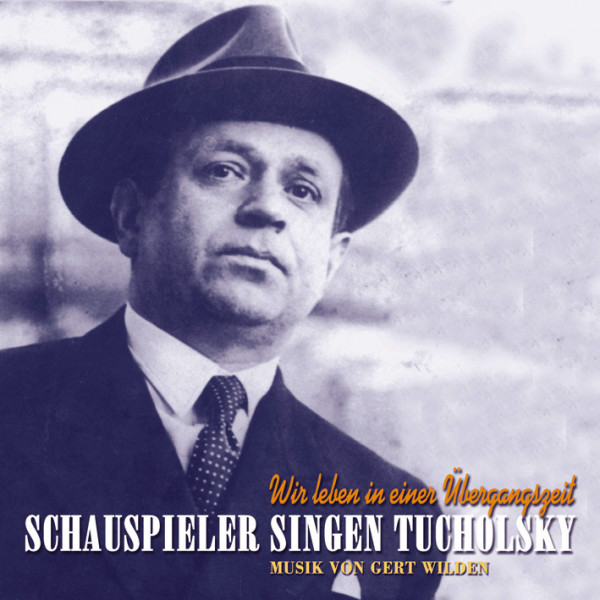 1-CD with 24-page booklet, 21 single tracks, playing time approx. 54 minutes.
Gert Wilden
He comes from North Moravia and is actually called Gert Wychodil. But Gert Wilden celebrates his 80th birthday on April 15. At the Prague Conservatory of Music he learned his craft - composition and conducting - during this training he also conducted the dance orchestra of the'Reichssender Böhmen' in Prague. After the Second World War he became assistant to the famous UFA composer Werner Richard Heymann, making contact with film for him.
Wild's own work initially included various adventure films, followed by music for numerous crime thrillers in the 1960s. Wilden was also a constant in the Wild West genre when it came to good tone. The'Schulmädchen-Report' films, which at the time provided for full cinemas, are also firmly associated with his name.
Many film stars also accompanied Wilden on their vocal excursions. He has made numerous recordings with such greats as Heinz Rühmann, Hildegard Knef, Elke Sommer, Zarah Leander, Johannes Heesters and Hans Albers. The former conductor of the Bavarian Radio Dance Orchestra (1961 to 1964) has remained active until modern times - in the form of participation in popular, long-running series such as'Recognise the Melody','Das Sonntagskonzert' and'Achtung, Klassik! The man has supplied the music for a total of 60 feature films and over 300 LPs/CDs.
Chanson has a hard time in this country. No art form of its own, as it is held in high esteem in neighbouring France, is developed and renewed from time to time, it leads a rather modest existence in the German-speaking world: hardly suspicious of a hit because it is dismissed as an appendix to cabaret without a chance in competition with the deeply stacked hit. There are also enough talented interpreters here in Germany who have dedicated themselves to chanson, and especially to literary, with skin and hair. And some of them even managed, as the example of Hildegard Knef shows, to go beyond the narrow framework into which the little song has been banished here in Germany. Others adhere more to the role models that set the standards in the highly praised 1920s:
Friedrich Hollaender, Erich Kästner and Kurt Tucholsky.
Especially Kurt Tucholsky was rediscovered in the first post-war decades, the controversial political poet, the endearing ironist, the tender, sharp-tongued chronicler of his time, the timeless verses that still'work' today and find his audience. Especially where they rub hard against the political and social reality or devote themselves to the evergreen theme of the interpersonal man-woman relationship, the'relationship box'.
Gert Wilden, one of the most versatile German film music composers and arrangers of the post-war period, revived many of these songs for television decades ago and wrote a new melody to many well-known Tucholsky texts. Most of the actors he was able to recruit for this project are among the best that the German-speaking stage had to offer at the time, others were also able to assert themselves in the cabaret cellar. There will be a replay with Ingrid van Bergen, Louise Martini, Maria Sebald, Hanne Wieder, Christine Wodetzky, Rolf Boysen,
Hans Korte, Hannes Messemer, Günter Pfitzmann and Michael Rehberg.
Hannes Messemer: Today between yesterday and tomorrow Günter Pfitzmann: Party march of the independents Ingrid van Bergen, Louise Martini, Maria Sebaldt: Lamento Maria Sebaldt:
The Successor Ingrid van Bergen: The divorced woman Louise Martini: A woman thinks Günter Pfitzmann: Ideal and reality Hanne Wieder: Einigkeit und Recht und Freiheit
Günter Pfitzmann: To the Berlin artist Louise Martini, Maria Sebaldt, Hanne Wieder, Günter Pfitzmann, Rolf Boysen, Klaus Schwarzkopf: Advertising art Hans-Michael Rehberg:
She sleeps Günter Pfitzmann: Mother's Hands Hannes Messemer: Middle Age Günter Pfitzmann: Arbeit tut not Günter Pfitzmann: Middle-class charity Hannes Messemer: German bankrupt Rolf Boysen: One question Ingrid van Bergen: Olle Germanen Klaus Schwarzkopf, Hannes Messemer, Herbert Mensching: Duo, three-part Christine Wodetzky, Hans Korte: Justitia swings Christine Wodetzky, Günter Pfitzmann, Hans Korte: Das Lied vom Komprommiß