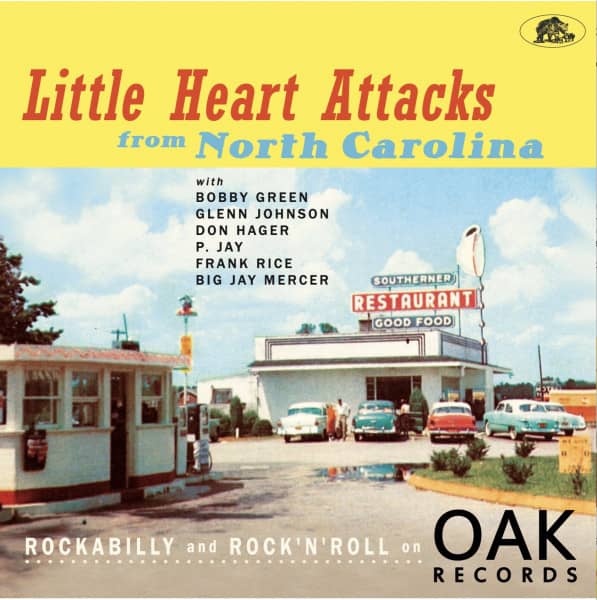 ​Due to the high demand and Corona-related supply shortages for the first vinyl delivery, the copies in stock were sold out within a few days. We hope to be able to deliver the remaining ordered copies shortly. We will keep you informed!
1-LP 10inch with bonus CD, 8-page booklet (8"x8"), 12 tracks (LP), 25 tracks (CD). Total playing time approx. 28 min. (LP), 60 min. (CD).
The ending of World War II brought the age of the independent record label and introduced new, often younger, artists who were no longer beholden to the demands of the major record labels. Eastern North Carolina stretches from east of the Piedmont area of the state to the Atlantic coastline, Eastern Carolina was known as a tobacco belt because of the large number of tobacco warehouses and markets.
During the late 1950s a small record label was established in. The label was established with guidance from and based on the fame of local celebrities, Mustard and Gravy who were a comedy/musical. Oak Records mainly promoted younger local performers who were attempting to establish their musical identity through the new medium of Rock ‘n’ Roll yet filtered through their own rural North Carolina culture, upbringing and experiences.

Such colorful acts such as Don Hager & The Hot Tots, Glenn Johnson & The Acorns and P. Jay & The Haystackers made their few recordings for Oak Records and then vanished into obscurity leaving hardly a trace of their stories behind. These recordings on the Oak label remain as some of the most prized and desirable among collectors of rockabilly records and indeed are some of the rarest. Enjoy this taste of 1950s tobacco belt Rock ‘n’ Roll Eastern North Carolina style!