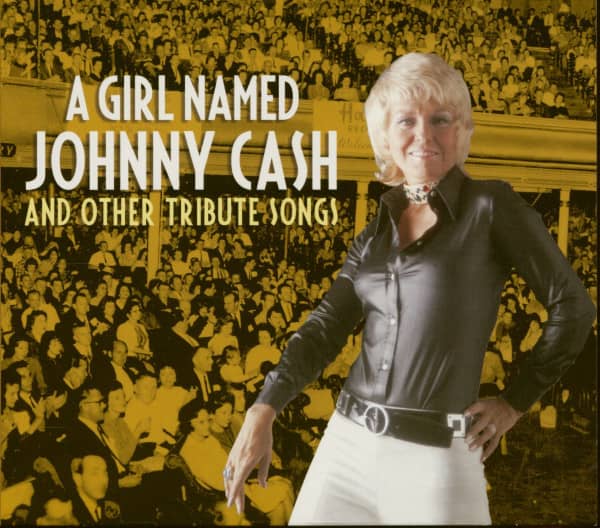 Although rare these days, tribute records had once regularly found a place in the recording schedules, in particular following the deaths of such iconic figures as Jimmie Rodgers and Hank Williams. Now Bear Family has assembled 18 such recordings, remembering various artists across the decades.  The greater number of tracks originate from African-American Stoney Edwards who enjoyed 1973 chart success with Hank And Lefty Raised My Country Soul and recorded several other fine tributes (spotlighting Carter Family, Ernest Tubb, Johnny Cash, Roy Acuff, Jimmie Rodgers , Bob Wills, Merle Haggard, Red Foley and Bill Monroe) which have remained unissued until the arrival of this collection.

Johnny Cash is also remembered three other times, kicking off with the amusing The Ballad Of J.C., recorded by Gordon Terry, his close wild-partying friend. Equally amusing is Jane Morgan’s A Girl Named Johnny Cash (an obvious reference to Cash’s Sue) and Mac Wiseman’s version of Jack Clements’ cleverly penned Johnny’s Cash And Charley’s Pride, a song that related to friends as much as to artists whom Clement produced. Merle Haggard, besides being the subject of an Edwards tribute, also contributed a couple himself  Leonard (to his old friend Leonard Sipes, better known as Tommy Collins) and Goodbye Lefty, a touching song to an artist who had greatly influenced Hag.

Charlie Rich, in somewhat unusual musical territory, gives acknowledgement to another of the music’s iconic figures, Gentleman Jim, and The Ballad Of Johnny Horton comes from this collection’s least known singer, Rudy Thacker, a staff musician on the Wheeling Jamboree. A now almost forgotten sub-genre of country music, this tribute collection is accompanied by a full colour, 34 page booklet with notes by Deke Dickerson accompanying the photographs and recording details.