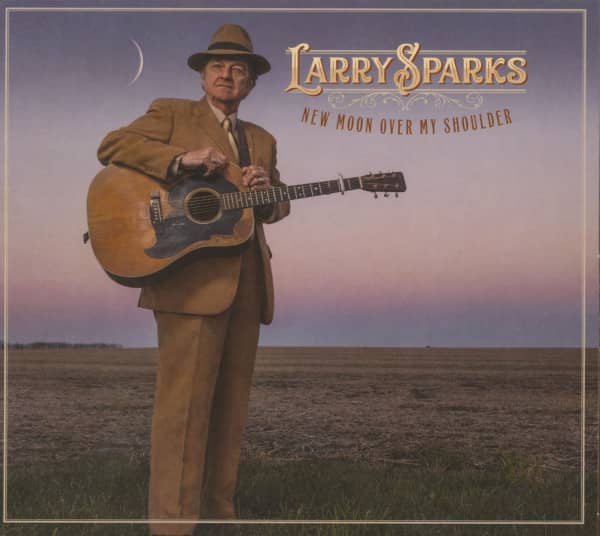 Larry Sparks is one of the most respected and popular figures in bluegrass music. He is known for his fine voice, his unique bluesy style of guitar picking and his uncanny talent to find great material. Over the years he has coined his name on an unusually large number of signature songs such as "John Deere Tractor", "Tennessee 1949", "Blue Virginia Blues" and many others. Despite his status as one of the most important drummers of Bluegrass music, as a senior statesman, and as a Hall of Fame candidate for the International Bluegrass Music Association (IBMA), Larry Sparks is a undersigned unit.

It's been five years since his last studio album, the 50th anniversary of Lonesome And Then Some. Larry's new album reminds of another career step. While Lonesome And Then Some celebrated its 50th anniversary as a professional musician, New Moon Over My Shoulder coincides with Larry's fifth decade as bandleader of his Lonesome Ramblers. Some things are worth waiting for and so the casewith is the brand new new moon over my shoulder.