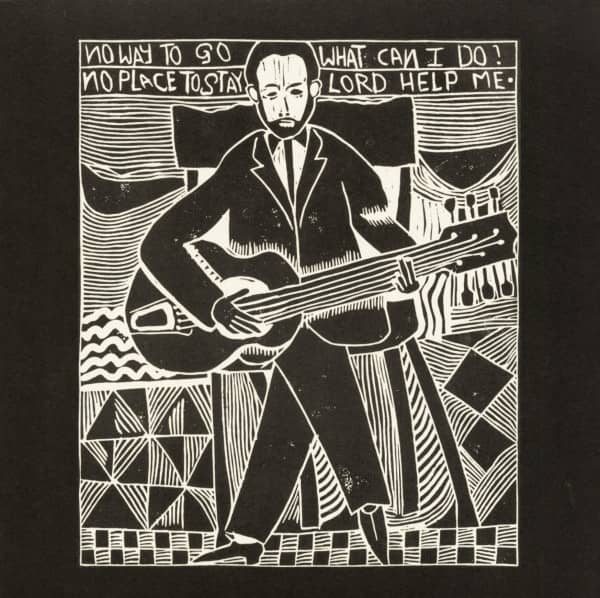 1-LP (180gram) with 16-page booklet, 16 tracks. Total playing time approx. 39:20 minutes.
• Previously unreleased African folk songs by late singer/songwriter Ben Molatzi from Namibia.
• From the early fifties to the late eighties, every form of popular culture in Namibia was suppressed. For four decades Namibia suffered from racism and discrimination by the South African apartheid regime.
• The NBC's national television and radio station in Windhoek operated the only recording studio.
• The exhibition 'Stolen Moments - Namibian Music History Untold' (until 09-21-2019 in London's prestigious Brunei Gallery) documents the Namibian pop underground of that time.
• Bear Family proudly presents Ben Molatzi's ’No Way To Go’ on our Cree Records world music subsidiary in co-production with Stolen Moments and the Namibian Broadcasting Corporation - The first official album release with master recordings of Namibian musicians from a hitherto undiscovered cultural epoch.
• Artwork by local artist John Muafangejo.
• High-quality 180-gram pressing limited to 1,000 copies!
• Also available as CD in eco packaging with 32 page illustrated booklet. Bonus titles. Cat. no. CCD1232.
Ben ’Tukumazan’ Molatzi (1954 -2016), a self-taught singer and songwriter from Tsumeb, Namibia, wrote timeless, beautiful ballads drawing on the distinctive melodies and harmonies of his Damara and Sotho heritage.
His music recordings have been slumbering in oblivion in Namibian radio archives. His songs were consciously censored and damaged as its messages did not please the South African apartheid regime. The album contains field and studio recordings that were made in 1981 by SWABC. To this day, these recordings have never been commercially released. In his liner notes, Thorsten Schütte describes his ultimately successful search for Ben Molatzi and further meetings with the artist, who talks in detail about his life, his songs and the life circumstances in his country.

On these recordings he accompanies himself on the guitar. The lyrics are reprinted in the enclosed booklet in the original tribal language as well as in English translation.

Ben ’Tukumazan’ Molatzi (1954 – 2016) was a Namibian singer/songwriter and guitar player born in Alexandra, a township in Johannesburg, South Africa, where his father was a workman. The origin of the paternal family lies in Gobabis, Namibia. His father was Damara speaking and went to South Africa in search of work while his mother’s family was from Johannesburg. Ben was the third of twelve children and grew up in poverty.

Music always played an important role in Molatzi’s family. The father also was a music man and loved to sing. Also the mother and his siblings were good singers. The family favored all kinds of traditional and church songs.

When he was a young child, Ben’s family would move to Windhoek and later back to Gobabis where Ben started his school career. While living in Khorixas he first learned to play the trumpet. Later the guitar became his most important instrument. He more or less taught himself how to play the guitar. Molatzi possessed both an acoustic and an electric guitar. “It‘s the guitar with which I am doing wonders. Eventually I also realized that I can also sing and that‘s how I got in the music business.”

From 1972 he worked as a teacher in Windhoek at Auos Primary school, also giving music lessons for his students. Music was always at the centre of his teaching activities and was a fixed point in his private life. As a young man, he saw the old masters play in town. They were playing music in the clubs and on Friday nights Ben went dancing. The bands had banjo players, lead guitarists and sometimes bass players and encouraged Ben Molatzi in his own music making.

“I started my music from the field and combine it with the music which I have heard and that was most important to me.”Ben Molatzi’s short recordings career started while he was schooling at ’Cornelius Goreseb’. Representatives of the Damara/ Nama language service had heard about Ben Molatzi and they recorded him on the spot in a classroom in Khorixas. While living in Windhoek he was recorded again, performing his own songs, this time at the South West African Broadcasting Corporation radio studio. The recordings were broadcast by the radio station but never commercially released. This happened during the 1970s and ’80s when Ben also took part in the Music Makers Competition. Most of his songs talk about the life of the people, talk about the nature, it‘s talking about the animals and it is talking mostly about the birds who were his inspiration. “And the songs are sometimes also shaped by how our country is doing. And here and there is also a little bit of politics in the music, but not that much.”

But first and foremost Ben remained a teacher and his main task was to prepare himself for school every day. The regular job kept him from fully concentrating on his music and pursuing a professional career. But Ben Molatzi has always managed to reconcile his teaching profession with his passion for making music. Music has become a fundamental part of his teaching with children. “Music is an instrument which you can quickly teach a person, teach something better or can teach a topic so they can understand better, music is everything.”

Under the South African apartheid regime, no independent cultural and music scene could develop. Media and musicians were strictly controlled for inappropriate content and songs. Censorship was part of everyday life. Some songs that Ben Molatzi recorded for SWABC and that were archived on records were destroyed by the wardens of political correctness by scratching the respective songs on the record with a ballpoint pen so that the songs could no longer be played.

A few years ago, Ben Molatzi gave up school. From then on he earned his living as a bus driver. Thorsten Schütte, one of the later initiators of the Stolen Moments project, set out in 2010 in search of the musician and songwriter Ben Molatzi, about whom he had so much heard. Finally he located him and conducted several interviews with him over the following years. The plan arose to invite the artist to Germany to record a new album with all his unheard songs. The day before his departure from Windhoek, Ben Molatzi died suddenly and unexpectedly because of untreated diabetes.

A unique voice, fantastic, never heard before compositions, a complete singer and songwriter!!! 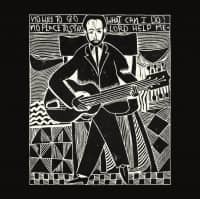