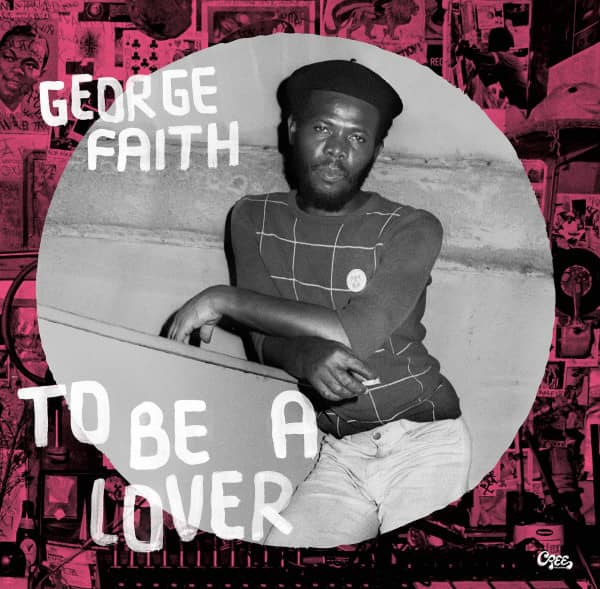 • The definitive soulful reggae album produced and arranged by Lee Perry.
• Recorded at The Black Ark, 5 Cardiff Crescent, Washington Gardens, Kingston 20, Jamaica.
• The best Jamaican session musicians incl. Sly Dunbar, Ernest Ranglin and Boris Gardiner.
• High quality remastering from the original tapes.
• Including versions of Turn Back The Hands Of Time, Midnight Hour and I’ve Got The Groove.
Anyone with a passing interest in music will have heard Bob Marley but anyone with a little more than a passing interest will be familiar with Lee Perry also known as ‘Scratch’ or ‘The Upsetter’. Now better known as a ’performance artist’ his antics and acrobatics on the international festival circuit have gained him a committed following eager to see what Lee ‘Scratch’ Perry, now in his eighties, will dare to get up to next. However, throughout the sixties and seventies Scratch was the production genius behind some of the greatest, most complex, and seriously experimental music to ever come out of Jamaica… or anywhere else for that matter. He has made an indelible, incredible contribution to the development of reggae music as a producer, arranger, writer and (occasionally) singer and has been the inspiration behind innumerable developments in the genre
In 1968 Scratch’s production of ‘Tighten Up’ with The Untouchables gave the name to Trojan Records’ hugely popular series of albums which were instrumental in crossing over the sound of real reggae to the mainstream audience. The following year the scintillating Upsetters instrumental Return Of Django reached Number Five in the UK National Charts. His work with Bob Marley & The Wailers in the early seventies, rated by many cognoscenti as the trio’s strongest recordings, emphasised the deeper roots elements in their music and, paradoxically, paved the way for Bob Marley’s commercial crossover success later in the decade.
His collaborations with King Tubby in 1973 culminated in ‘Upsetters 14 Dub Black Board Jungle’, one of the very first and perhaps the best ever dub album. Scratch’s production of Susan Cadogan’s interpretation of Millie Jackson’s version of Katie Love’s It Hurts So Good reached Number Four in the UK National Charts in 1975… the list goes on. ‘Genius’ is a much abused term too often used to describe the most mediocre of talents but Lee Perry is, beyond question, a genuine genius.
A renewed deal with Island Records in 1976 to release his productions internationally gave worldwide, high profile exposure to a number of albums emanating from Scratch’s legendary Black Ark studio. These included one of the most important and influential recordings in the complicated and convoluted history of Jamaican music, ranked by many as the greatest set Perry cut with a solo vocalist, George Faith’s ‘To Be A Lover’.
Earl George aka George Earl had established a redoubtable reputation before recording his relaxed yet supremely soulful vocals for Scratch on an adaptation of William Bell’s 1968 Stax classic ‘I Forgot To Be Your Lover’ credited to George Earl in 1973. Four years later they returned to I Forgot To Be Your Lover : To Be A Lover for an extended twelve inch ‘disco mix’ version and hit all over again. Scratch recommended a number of classic songs to Earl which he felt were suited to his sultry voice and the pair then began work together on Earl’s debut album. Permeated throughout with the ‘kinky’ Black Ark sound and fusing Lee Perry’s experimentation with George Faith’s emotive vocals the set was originally released as ‘Super Eight’ on Black Art in Jamaica and ‘To Be A Lover’ on Black Swan in the UK in 1977. The album took about eight months to put together and, during the extended recording sessions, Scratch told Earl he had a “lot of faith” and suggested he changed his name to George Faith. Earl recalled that faith can move mountains and “from there I just stick with that name”.
The combination of a number of Kingston’s foremost session musicians, collectively known as The Upsetters, the wizardry of Lee Perry fully in control and the unique ambience or if you prefer, ‘vibes’, of the Black Ark studio produced a minor masterpiece that turned well known songs into something completely otherworldly. This classic collection of pleasantly palatable cuts of psychedelic Jamaican soul was a palpable hit in the UK where it proved particularly successful with reggae’s latest adherents, the punk audience, who belied their violent reputation and wholeheartedly embraced the smooth sophistication of this album. Punk pop star Billy Idol enjoyed chart success in late 1986 when his version of I Forgot To Be Your Lover, also entitled To Be A Lover and redolent of both his punk heyday and George Faith’s reggae interpretation, reached Number Twenty Two in the UK National Charts.
This set represents another resounding re-release from the Cree catalogue, re-mastered and replete with (previously unseen) contemporary photos from Adrian Boot, extensive liner notes from Steve Barrow and Noel Hawks showcased in a gorgeous gatefold sleeve from designer Merten Kaatz. Now is the time to catch up with Scratch, The Upsetter, at the height of his powers and the deep, heartfelt soul of George Faith on this essential album.

Article properties: George Faith: To Be A Lover (180g Vinyl)

George Faith was born on 6 July 1946 as Earl George Turner in Rae Town, Jamaica. As a boy he sang at parties and in church. His soul-soaked singing style was inspired by popular contemporaries from the USA like Sam Cooke or Jackie Wilson. He took his first steps as a professional with the Enchanters at the age of 16. Shortly afterwards he recorded his first barely successful single.

And then it was nearly twenty years quiet around George Earl, as he called himself at that time. Finally the legendary producer Lee 'Scratch' Perry took him under his wing and made his first recordings under his direction with Earl G. Turner. In 1977 - now known as George Faith - he worked with Perry at the famous Black Ark Studios. Finally a new version of To Be A Lover was created, now in Discomix style. The successful album of the same name helped George Faith to an international breakthrough, which soon stalled due to legal disputes over the song Opportunity. From then on he worked for a while for both Perry and Alvin Ranglin, started producing himself and returned to Ranglin in 1982. But the renewed success failed to materialize.

Even though he was never able to build on the great success of 'To Be A Lover', he still remained a fixture in Jamaica's music scene. As George Faith, he performed regularly in hotel lobbies, and from around 1990 he performed regularly in the Toronto area of Canada. He toured with Gregory Isaacs and Philip Frazier and was part of the popular 'Rock Steady Nite' shows at the Skyline Hotel.
Until he died of cancer on April 16, 2003, he performed frequently in Brazil and made recordings from time to time.