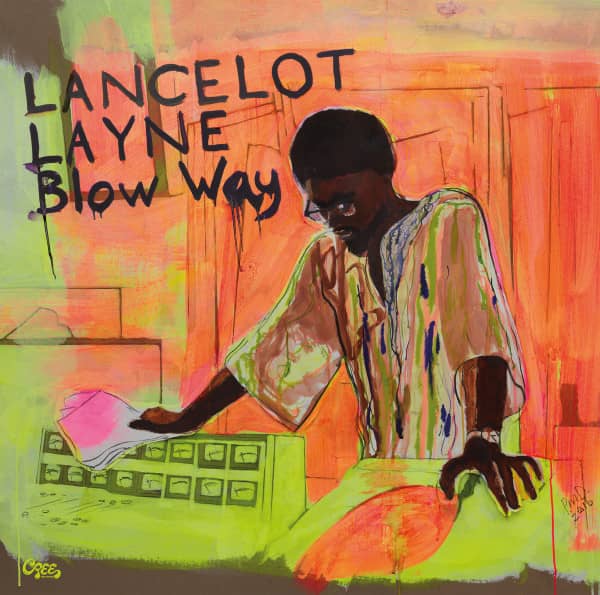 In 1971 two songs were released in Trinidad &, Tobago that represented completely new directions in the musical and lyrical expression of Trinidad's place in the diaspora, Indian on one hand and African on the other. ,Nanny &, Nana ,by Sundar ,Popo and ,Blow 'Way ,by Lancelot ,Layne were revolutionary ,and ground breaking and spawned two distinctly new ,genres in Trinidad &, Tobago music — Chutney music in the case of Sundar Popo and Rapso, in Lance's case. ,

Brother Resistance calls Lancelot Layne the father of Rapso music. During the early 1970s Lance recorded at least a dozen startlingly original songs including Blow 'Way, Afro'Dadian, Bringing' Off, Dat is Horros and Kaiso For Mout' Band. Each one expanding his talent for musical arrangements and dramatic counterpoint with chorus responses and vocal variation.  ,

Until his death in 1990 he kept commenting and educating T&,T's society with songs like Get Off The Radio, Kamboulay, Jambalasie Dance and Strike Squad.

He is considered as one of the greatest Caribbean musicians

Lancelot Layne was a phenomenal singer, composer, arranger, bassist, producer, and bandleader. For over two decades he had challenged all people of African descent as well as ,those of other races who were considered 'black'. To detach themselves from ,the ideology that their race was inferior to others. His focus was mostly on Trinidadians and Tobagonians and his dedication to ,his country could only be described as infinite. ,Even as he struggled to get the population to heed his words. ,

He would be confronted with immense adversity ,by the same nation he loved so dearly. His ,immeasurable ,commitment and contribution to Trinidad and Tobago culture is ,still recognized by only a small percentage of the nation to this day. ,

Lancelot Layne is considered as one of the greatest musicians ,to have ever come out of the Caribbean. ,He was a man who was obsessed with national unity and saw no problem with ethnic groups uniting. ,Lancelot ,tirelessly and assiduously aimed to be an educator to his people.

In 1971 two songs were released in Trinidad & Tobago that represented completely new directions in the musical and lyrical expression of our place in the diaspora, Indian on one hand and African on the other. Nanny & Nana by Sundar Popo and Blow 'Way by Lancelot Layne were revolutionary and ground breaking and spawned two distinctly new genres in the music out of Trinidad & Tobago — Chutney music in the case of Sundar Popo and Rapso, and in Lance's case.

The A and B sides of this release, Blow' Way and Afrodadian, together express the main themes which were to inform all Lance's subsequent work and activism - resisting foreign cultural influences which operate at the expense of one's own traditions: Don't believe that what foreigners do Is better than you Because that ain't true

This Country is diverse in its colours and races People coming from different backgrounds different places In reality this may be the challenge it faces During 1971 Lance recorded at least half a dozen startlingly original songs. Each one expanding his talent for musical arrange-ments and dramatic counterpoint with chorus responses and vocal variation. He enlisted musicians, each exciting and pioneering in their own right, breaking ground in the post 1970 cultural revolution: calypso/jazz pianist, Clive Zanda; composer, guitarist, singer and flautist, Andre Tanker; Mau Mau Drummers including the young Jah Jah Onilu, Mansa Musa Drummers; vocalists, including Ann Marie Innis and Ella Andall. The result is exciting, confident and musically ground-breaking.

During that year I met Lance at a friend's house and was totally enchanted by this conscious, articulate, bright young man with a mischievous and engaging sense of humour. We became friends and he would drop by occasionally with his latest record or just, some-times, to take refuge from his endless drive on behalf of his music and his family, falling asleep on himself in a chair in the living room while talking. He would often recount the latest saga of his old car which he said he had to stop by putting his foot through holes in the rusted floor and dragging his heel on the ground to assist the dodgy brakes.

I remember an idea he was trying to get financial support for was the then outrageous concept of mounting musicians and dancers on stages built on the container trailers of articulated trucks to accompany carnival bands. At that time music bands and steel-bands were either walking or pushed along the road on racks or carried in small trucks. He was not successful, dismissed as another weird artist vision. Yet, in today's Carnival, massive structures, built on the same lines that Lance envisaged, power the mas bands, sometimes in strings of three or four trucks per band of thousands of revellers.

In 1972 Lance went to New York to seek ways to advance his music opportunities taking with him the master tapes of an album of his work. There he discovered his tapes were so badly recorded in Trinidad studios that they weren't the stereo recordings he had paid for and weren't worth releasing.

This was a crushing blow. While in New York he had to support himself by working as a parking attendant in the winter and as a pest exterminator. As a pest exterminator in Harlem, Lance, this fresh, driven, optimistic young man from Trinidad, came face to face with the reality of African American life in urban USA.

On his return home he had horrifying stories of what he had encountered in those Harlem tenements: the slum landlord buildings, the huge rats that attacked unwary children, cleaning apartments, the lone occupants of which had died unnoticed for days and weeks and were densely infested with vermin crawling from floor to ceiling and oozing with what was left of the body of the deceased. 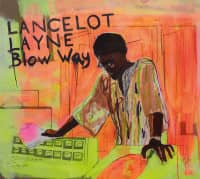