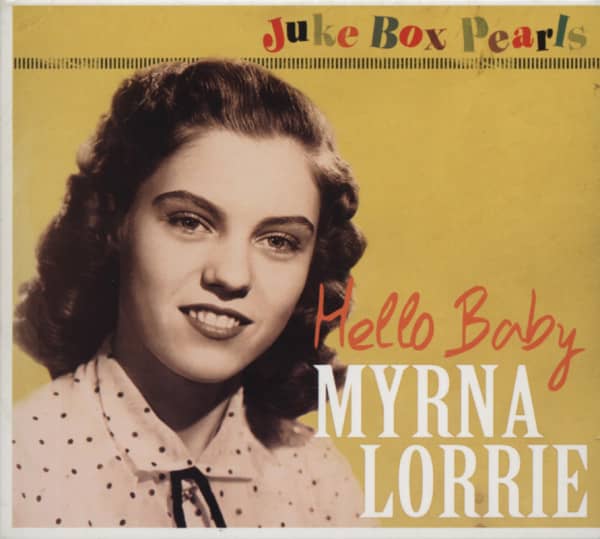 A Canadian legend. Her first contract took her to Nashville in 1955 when she was fifteen, and when Elvis Presley was being signed to RCA. She too was signed to RCA. Her ultra-rare 1950s and '60s recordings have never been reissued. Now the best of them have been carefully remastered for this definitive CD.

Myrna Lorrie was from the remote Canadian city of Thunder Bay north. Mentored by greats like Hank Snow and Cowboy Copas who saw her talent, she was signed by the man who discovered Loretta Lynn, and made her first recordings for Abbott, where Jim Reeves and the Browns started, and like them she too departed for RCA. After RCA sessions in New York and Nashville produced some great music breakthrough, she returned to Canada. A television star in Canada for years, Myrna Lorrie helped new singers just as she'd been helped.

Among them was Shania Twain. 'It would have turned out differently, if I'd stayed in the States,' Myrna Lorrie told Todd Everett, who wrote the notes for this compilation. 'But I was patriotic and stayed in Canada.' -- Now it's time for the rest of the world to discover what Canadians already know: Myrna Lorrie is a Juke Box Pearl. Amazing collection (6 unreleased) of top notch 1950s Hillbilly, Honky Tonk and some Pop-crossovers like the Tiki Bar cult classic 'On A Little Bamboo Bridge'. Produced by Fabor Robison & Chet Atkins. Tipp!! 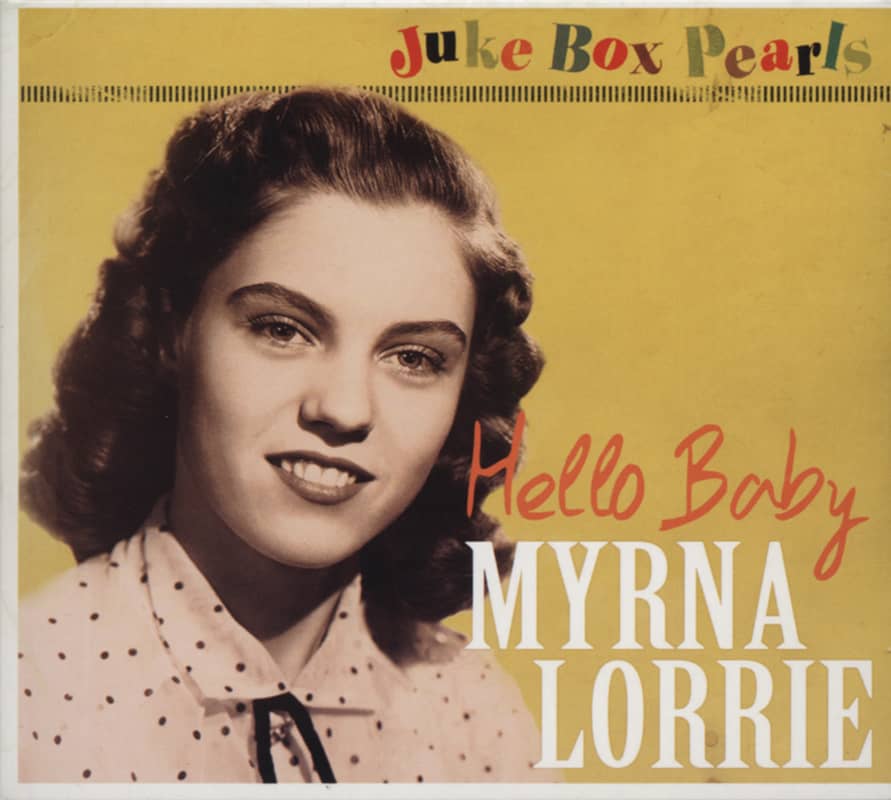 Although Canadians have always taken to American country music and the two countries share much the same immigrant ethnic makeup, the Northern country has produced few internationally-successful country singers; Shania Twain is the most recent; the Sons of the Pioneers' Bob Nolan; Wilf 'Montana Slim' Carter and Hank Snow were the earliest.

Myrna Lorrie, a 1989 Canadian Country Music Hall of Fame inductee, made her reputation locally as many have through the years: more by way of radio, television and concert appearances than on records, a medium where Americans ruled.

But her brief success in the United States came with her first single, which she co-wrote and recorded when she was fourteen. Though she was still based in Northern Ontario at the time, her early records were recorded in the states and initially released on American labels.

After recording the eighteen sides on this collection, Lorrie retired for several years; then came back, bigger than ever – in Canada, where she's hosted TV programs, guested on others, won back-to-back Juno Awards in 1970 and 1971,  and the Big Country Award in 1977. Says Ian Tyson, who's made a career of singing 'cowboy' music like Nolan and Carter (and who used Lorrie as a backing singer on one of his albums), "She was a damned fine singer, unreservedly."

Canada is a big country; but in its way, it's also a small one; Lorrie's career brought her in close contact with both elder statesman Hank Snow and a quite young Shania Twain. Yet little has been written about her through the years, and her fame has remained restricted to her homeland.

Where the Kaministiquia River flows into the largest of the Great Lakes stood the Northern Canadian town of Fort William. 'Stood,' because the citizens of Fort William and three other communities voted to merge, incorporating in 1970 under the new name of Thunder Bay. Or, as the Chamber of Commerce would have it, 'The Gateway to the North.'

As remote as it sounds, Thunder Bay is 858 miles from Toronto, 783 miles from Detroit, 425 miles from Winnipeg, and 345 miles from Minneapolis. To Myrna Lorrie, though, Fort William was 'the city.' Her family lived, she says, on a family farm off a highway 30 miles from the Minnesota border. "My father was an organic farmer and a woodsman," she explains. "Most of what we ate was out of our acre of garden – we sold our chickens and eggs. My mother was the best cook, baker and floor shiner…"

Myrna Lorraine Petrunka was named after her father's favorite film actress, the American Myrna Loy. "My father had played harmonica in little bands, and heard about land up North, so he migrated to Northern Ontario where he bought some land and met my mother, who was a nurse." (She's coy about her age; the Canadian Country Music Association says she was born August 6, 1940).

"When I was very young," she says, "I apparently sang songs like 'You Are My Sunshine' very early. My father apparently wanted to mentor me as a singer. It just evolved.

"By the time I was nine, we were having a bunch of musicians out on Sundays, [Canadian saxophonist and bandleader] Roy Coran had a music shop in Thunder Bay – I took accordion lessons from him. And then I found out they sold guitars.

"As soon as Hank Snow or Hank Williams got a new platter out, my father would bring them home. I got my guitar picking from Hank Snow records. I'd spend hours and days learning them all. I also went through Nick Manoloff's guitar book, a page at a time. I can do 'Wildwood Flower' and 'Tennessee Mountain Home'; some pretty good country pickin'.

"There was a radio program on CKPR in Fort William called 'The School of The Air.' I was the only country singer at the time, and I sang 'Mom And Dad's Waltz.' The radio station decided to give me my own radio spot, with a sponsor, and I helped wrote the jingle [for the British/American Oil company].  So by the time I was twelve, I had my own radio show.

"When I was about 13, the Cowboy Copas show came to town. My mother began to cut out and embroider satin shirts for me. I appeared with them at the Fort William Gardens. In my mind, I was thinking beyond the mountains."

Then, one day, Myrna heard from Don Grashey, asking her to sing on a demo version of a song he'd written.

Port William resident Dominic Michael Guarasci (Don Grashey) and his friend, Jim Amadeo, were trying to break into the recording industry. They wrote songs, submitting them to American labels. When they contacted Myrna, they were looking for a female duet partner for singer Amadeo, who used the snappy stage name Buddy DeVal."Buddy was just a nice man who sang around the Canadian Legions and had a nice voice," Myrna says. "He didn't know I was a kid; he was probably pretty shocked when he learned I was 13. I'd practiced a lot, and my voice was quite developed to where I sounded like a 25-year-old." Twenty-five years Myrna's senior, Buddy recorded the duet, Are You Mine, produced by Don Grashey, who sent the demo to Fabor Robison in Los Angeles

Write an evaluation
Evaluations will be activated after verification.
Presse - Various Artists - Meet The Pearls - Jukebox Pearls - Ugly Things
Presse - Various Artists - Meet The Pearls - Jukebox Pearls - Ugly Things It has to be said upfront that this 'reissue series is built on a foundation so weak the concrete could have been mixed with quicksand. Out-side of committing to a single gender, nothing really makes sense. We are told that 'Jukebox Pearls' are girl singers from the Fifties (or some-times Sixties) recording rockabilly (or sometimes country...or even pop) who are pearlesque because they're 'shiny, smooth, and pleas-ing, but surprisingly tough,' and also because when you play one of these obscurities on the (oyster-esque?) jukebox you find a precious, hidden treasure.
11.04.2018
Similar products Customers also bought Customers also viewed
Similar products
Various: Meet The Pearls - Juke Box Pearls (CD) Art-Nr.: BCD17117