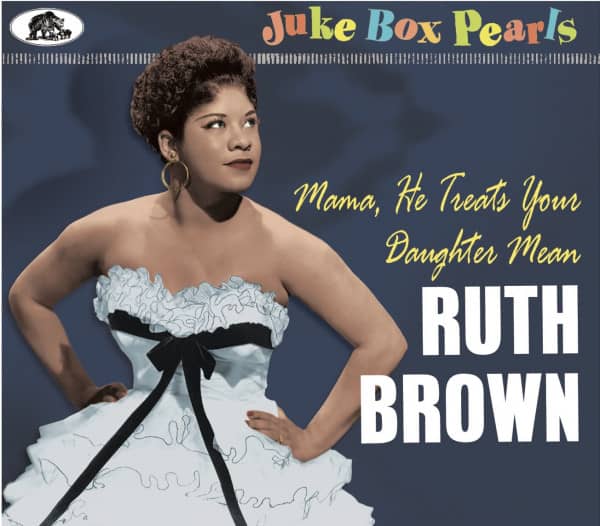 • Ruth Brown is not only the legendary Queen of Rhythm & Blues, she also had a baby they called Rock 'n' Roll! Her fantastic voice is genre-spanning - here is the proof!
• Selected songs from Ruth Brown's career first released between 1953 and 1962 are uniquely compiled here.
• Included are the rare re-recordings of Ruth Brown classics '5-10-15 Hours' and 'Mama, He Treats Your Daughter Mean', which she recorded in 1958.
• In addition to rock songs and teenage ballads, you can also hear mambo, gospel and soul roots.
• Three recordings for the US Philips label in the early 1960s can be considered rarities: 'Walk With Me, Lord', 'Jim Dandy' and 'Sea Of Love'.
• As a bonus, there are her live recordings from the 'Rhythm And Blues Revue', never before released on CD!
• Of course Ruth Brown juke box classics are also included: "This Little Girl's Gone Rockin'!"
• The 36-page color booklet includes the biography written by Chicago music journalist Bill Dahl, rare photos, illustrations and discographic information.
The Queen of Rhythm and Blues
This compilation of 30 songs impressively shows the extremely interesting career of Ruth Brown. Starting in the early 1950s, when she sang her way to the top of the R&B charts with her unique voice, which already had a high recognition value at that time, and thus created a solid financial basis for her label Atlantic Records, through the time in the mid 1950s, when she easily made the transition from her rather jazzy style of rhythm and blues to rock 'n' roll and teenage ballads and to early soul sounds, gospel and twist in the early '60s.
Mama, He Treats Your Daughter Mean
The title song 'Mama, He Treats Your Daughter Mean' is one of Ruth Brown's greatest achievements, which she recorded several times throughout her career and which has been part of her regular live repertoire for decades. Shortly before her death she sang the song live as a duet with rockabilly legend Janis Martin. In addition to her big hits, such as the title song '5-10-15 Hours' (here in the version recorded in 1958) and 'Lucky Lips' (which also gained hit status in Cliff Richard's version), there are many lesser known recordings and rarities to be discovered. Especially the bonus tracks, which appear here for the first time on CD, are such rarities. Live recordings from the 'Rhythm and Blues Revue' in the mid-50s, even if not recorded directly at the Apollo Theater in New York, these recordings still impressively show the atmosphere that captivated the audience at such live concerts!

"This Little Girl's Gone Rockin'!"
Included is a 36-page full-color booklet with the Ruth Brown biography, written by the well-known music journalist Bill Dahl from Chicago, as well as rare information, rare photos and illustrations, plus a session discography of the included songs!

Ruth Brown acutely felt the changing times at Atlantic Records. She had been there since the label’s inauspicious launch, but saw that her champion, Herb Abramson, was sidelined and would soon be bought out. She didn’t get along as well with his replacement, Jerry Wexler, and felt that the label’s co-founder, Ahmet Ertegun, was becoming remote. One of the artists assigned to Herb Abramson was Bobby Darin, and it took some time for Abramson or anyone at Atlantic to know what to do with him. For Ruth, it was unusual enough just seeing a white performer on the label.

"I often came across him in the studio, trying out little things,” she wrote in her autobiography. “’I hear you’re a songwriter,’ I jived him one day. ‘Why don’t you write me a song?’ He did. It was ‘This Little Girl’s Gone Rockin’,’ and it was produced by two other ex-Brillers, Jerry Leiber and Mike Stoller.” Most sources credit Wexler and Ertegun as A&R men on the session, but Ruth clearly remembers it differently.

A straightforward boogie woogie underpinned by Stoller on piano, it was highlighted by Everett Barksdale on guitar and the always distinctive King Curtis on tenor sax. Ruth damns it with faint praise in her autobiography, but it became her last major pop hit and one of her last R&B hits. Darin’s co-writer, incidentally, was Emanuel Kurtz aka Mann Curtis, who had begun cranking out songs in the early 1940s, and wrote the English words to Let It Be Me. Ruth’s long chart career was winding down, although she performs to this day. Darin’s other contribution to Ruth’s tenure at Atlantic was to advise her to audit the label for unpaid royalties.

Mama, He Treats Your Daughter Mean

As Long As I'm Moving 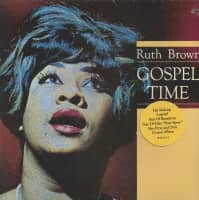 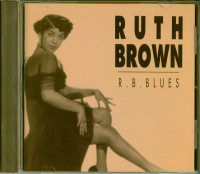 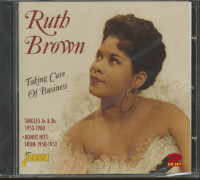 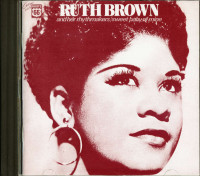