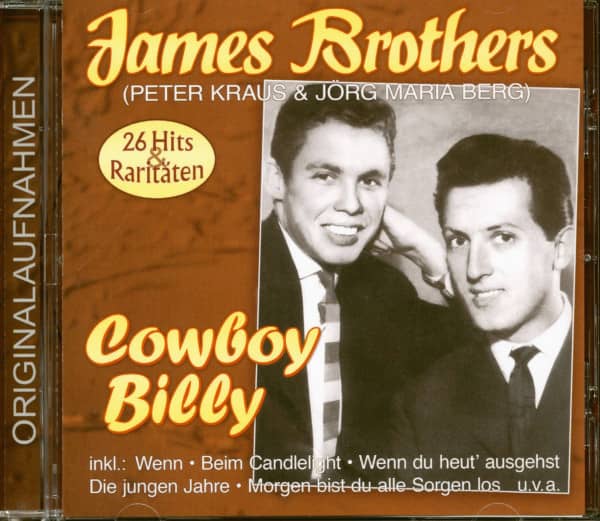 The James Brothers gave successful concerts throughout Germany and were also featured in the film "Melodie und Rhythmus" (1959). When the success of the James Brothers diminished at the beginning of the 60's, the record contract with Jörg Maria Berg, whose career was less successful than that of Peter Kraus, was not extended. Peter Kraus was able to continue his successful career until today.