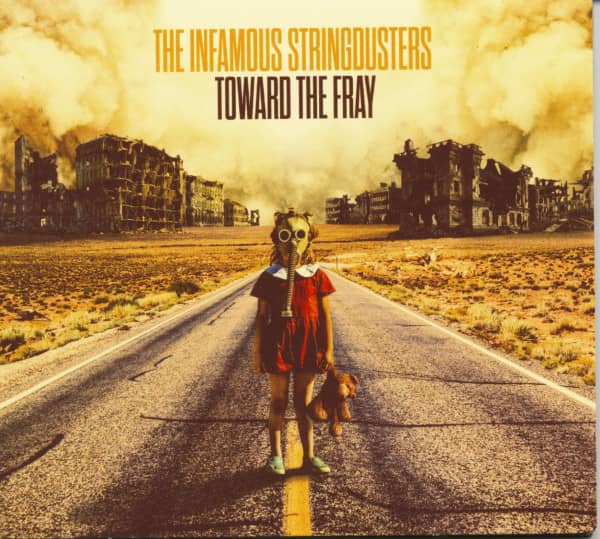 The Infamous Stringdusters: Toward The Fray (CD)

Toward The Fray is the first full studio album from U.S. Grammy Award-winning bluegrass, country, folk and Americana band The Infamous Stringdusters since their 2019 album Rise Sun. Recorded at Mighty Fine Studios in Denver, Colorado, it was created in response and reaction to the turbulent events of 2020. Having already won a Grammy for Best Bluegrass Album in 2018, the U.S. band was also nominated for the 2022 awards in the same category for their latest collection, A Tribute To Bill Monroe.

After being in the same room for the first time in six months, The Infamous Stringdusters truly seized the moment with Toward the Fray. Inspired by self-reflection and a strong sense of solidarity, their new album documents the group's remarkable growth and firmly establishes them in the modern acoustic music landscape, where they have built a solid and loyal following among both traditional and progressive audiences.

The five band members - Travis Book (bass), Andy Falco (guitar), Jeremy Garrett (fiddle), Andy Hall (dobro) and Chris Pandolfi (banjo) - wrote the songs on "Toward The Fray" separately by necessity, sending each other simple phone demos during the lockdown. Driven by friendship and mastery of their instruments, the end results feel live but not loose, thanks to a synergy developed over 16 years of playing in sheds, clubs and festival stages across the US.A

Article properties: The Infamous Stringdusters: Toward The Fray (CD) 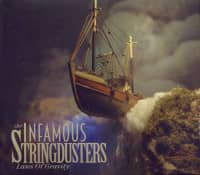