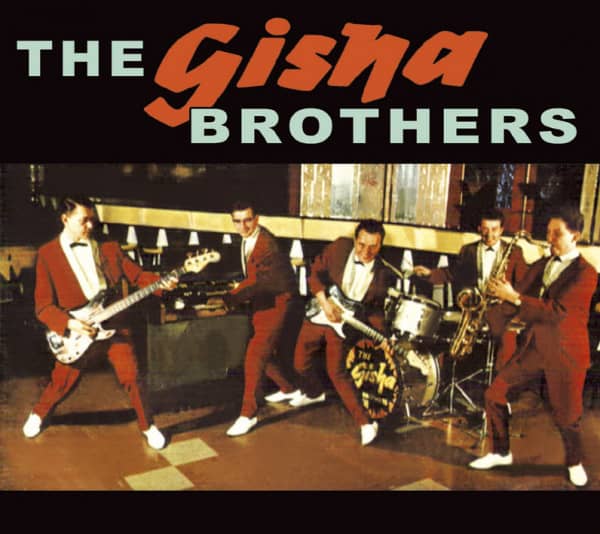 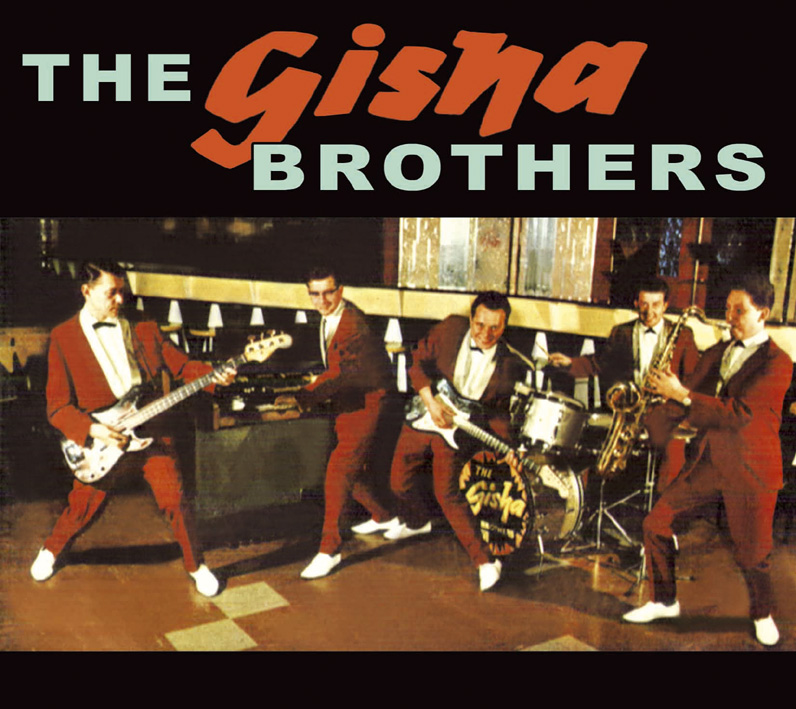 Klaus Gisha: "I have never experienced, in the 16 years of the Gisha Brothers' existence, that any of us could not play because of drunkenness."

In contrast to the competition from Fats & His Cats, in which Otto Ortwein only really gets started after consuming half a bottle of brandy, the Gisha Brothers decide: alcohol only after the performance. Maybe that's why everything turns out to be a little milder, more sedate and more groomed for them. It starts with the neat clothes - the trousers freshly ironed, the shawl collar jackets freshly brushed and the shoes freshly polished. This may also have something to do with her life story, but it will come later. Moreover, the music has a slightly different tone than the other raucous people. Obviously, however, there's a not entirely wrong insight: "When we work, we can only play 100% if we're not drunk." That's how they keep it - almost always. Kurt Rast: "Well, Hans Gisha liked to have a cognac in the afternoon. They didn't call him 'Hans the Cheap' for nothing." Hans was the most important man among the Gishas, because he booked the jobs, he paid the salary, and he determined how to behave.

When Bernhard 'Micky' Mikulski (†) discovered the Gisha Brothers at Maxim in Frankfurt in 1962 for the recently founded German offshoot of the American CBS, they had long since turned their backs on jazz and, after a rock 'n' roll phase, turned to the newer musical twist and slop fashions. Mikulski brings the presenter Hans Verres (†) from Hessischer Rundfunk with him to confirm his verdict, and when he - bewitched by the music of the Gisha Brothers - raises his thumb, nothing stands in the way of a record career.

In October 1963, the Gisha Brothers moved into Studio Pfalzgraf in Walldorf to record 12 titles, some of which were surprisingly original compositions. Already in December the first single comes on the market: Don't Stop/Train To Nowhere. It sells quite well, especially in the Frankfurt area, where the Gisha Brothers are one of the best-known bands after countless appearances in clubs and dance halls. "We've often played door-to-door with the Indonesians, with the Tielman Brothers for example." Shortly after the turn of the year, the CBS is already pushing the second single: Ringelingeling/The Slop Teacher. After the record in the Schlagerbörse at the Hessischer Rundfunk (moderated by Hans Verres, such a coincidence!) became monthly winner, the sales skyrocketed. The CBS hastily releases the 12 pieces from the Pfalzgraf sessions as LP.

The band swims fully on the slop wave, and this is also reflected in the LP title. The cover of the album is made at a gravel pit in Neu-Isenburg. With 50 marks from the CBS box office, the locomotive driver of the Kiesgrubenisenbahn is beguiled to clean his old narrow-gauge locomotive so that it does not harm the bright red suits of the musicians. So you pose in the finest stage outfit on the probably never again so polished locomotive: The Slop Train. The album corresponds to the program of the band at that time. Most of the recordings are instrumental numbers like Crossfire, Yep or Peter Gunn - all a little smoother than known from the original, but not without appeal and occasionally with idiosyncratic arrangements. But there are also tracks like Blue Guitar and Bacardi that seem strangely antiquated to us today.

The successful sale of the records brought the Gishas to the attention of television, and in March 1964 they appeared as guests on ZDF's 'Schlager des Monats' programme. Over the next three years, the Gisha Brothers have been on the road again and again, twice on 'Drehscheibe' (ZDF), in 'Musik aus Studio B' (ARD), in 'Prisma des Westens' (WDR), but also on Swiss television and Austrian ORF. In '30 minutes' at Düsseldorf Airport, they will have the opportunity to present themselves in more detail to a television audience.

The Gisha Brothers hit single Ringelingeling is an original composition by Hans Gisha, although his brother Klaus, born on 21 July 1928 in Silesia, is the actual musical head of the group. The parents are Martha and Hans Gi?a, Professor of Music, active as music teachers and conductors of orchestras and choirs. After the annexation of Poland by National Socialist Germany, the name was changed to Gisha. Klaus and his brother Hans, three years his senior, receive top-quality musical education in their home musical household, and both will later begin successful music studies. In 1938 his father was appointed music school director and city orchestra director in Ohlau near Breslau. Shortly afterwards, a former private from Braunau decides to cover the world with blood and tears.