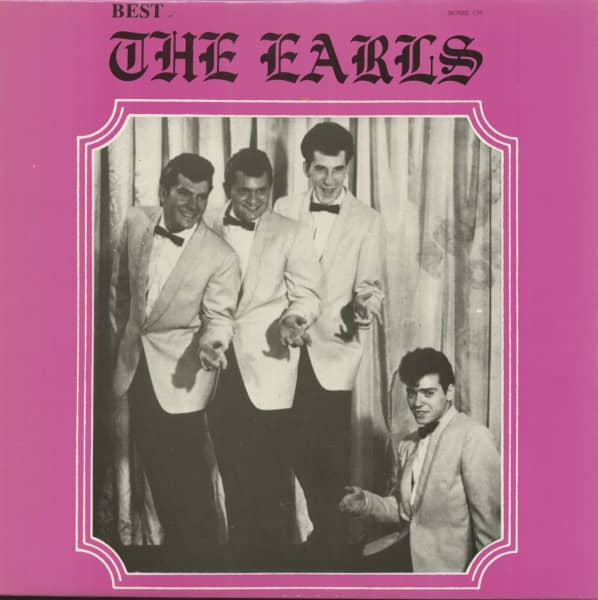 P Secure bonuspoints now
Description
Learn more about The Earls
Review 1
Description
There is a certain unique sound in the teenage record world - a very "in" sound - that... more
Close menu

The Earls: Best Of The Earls (LP)

Some teenagers call the Earls’ unique sound the “oldies” sound. Not because it’s dated but because it has the great group harmonies as popular among record buyers today as it was when rock and roll became the “in” music of the younger set. It’s the sound that has teenagers paying a premium price for 45 rpm oldie singles by such famous rock and roll pace setters as the Penguins, the Moonglows and such. The Earls are the boys who have been carrying on the great tradition of five, six and seven part rock and roll group harmony. And they’re one of the only groups in this field popular today.

The Earls are popular because their follow is loyal. Because the boys can be counted on to dish out a great rock and roll blend that will be as much in demand ten years from now as it was five years ago when they started as a vocal team. The Earls are made up of seven young men headed by lead voice Larry Chance. The six other top voices who also supply the group’s great instrumental accompaniment on all their sessions include: ]ack Wray (bass) Ronnie Calabrese (tenor) Eddie Harder (tenor) Dick Levister (organist) Jimmy Fracasti (guitar) and Bobby Tzibuzio (drums). It is this septet that has turned out such great golden oldies as "Remember Then,” “Never,” “Eyes,” "Life Is But A Dream” and many others.

Another interesting aspect of the Earls’ popularity is their record sales pattern. The Earls are unlike the flash-in-the-pan vocal groups whose records are played to death on the air, sell off in a matter of days and a few months later everyone has forgotten the group’s name. One of the Earls’ most significant assets is longevity. Their records keep getting played day in and day out and they sell over a period of three to six months, often outselling some of the chart hits that are here today and gone tomorrow. And after the Earls’ record have run their normal popularity course, their records are chosen by the public to be classified as golden oldies and sell at a premium price for many years.

The Earls’ following is vast and loyal. Think about the groups you remember singing along with some five years ago and try to place them today. On the contrary, the Earls have more fans today than they’ve ever had before.

Join this group’s rapidly growing admiration society with this LP and thrill to the original, refreshing and always ear- pleasing blend that characterizes the Earls. This LP offers you all of their great golden oldie hits as well as their latest single "Remember Me Baby,” one of the crew’s best harmony efforts since "Remember Then.”

Article properties: The Earls: Best Of The Earls (LP)

Learn more about The Earls
THE EARLS The Earls. one of the last of Allen's groups to record, is the most modern of the... more
Close menu
"The Earls"

The Earls. one of the last of Allen's groups to record, is the most modern of the groups. "Meet Me After School" sounds very much like what the El Dorados might have been putting out "I Love You So" is a ballad in which the group sings with elan and vigor. The Earls recorded these sides at an Arbee Stidham session in July 1957, which featured the Lefty Bates band.

A decent transfer from obvious digital sources (I have original vinyl 45s to compare), but let down by a few surface marks. These were not audible when the music was playing but, with rough edges on the pressing, disappointing. Having said that, an excellent example of this latter day doo wop group's work All in all, worth the purchase price - but do check the pressing quality.

Write an evaluation
Evaluations will be activated after verification.
Weitere Artikel von The Earls
The Earls: Hits & Rarities Art-Nr.: CDBB55104

This product will be released at 8 July 2020 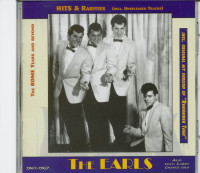