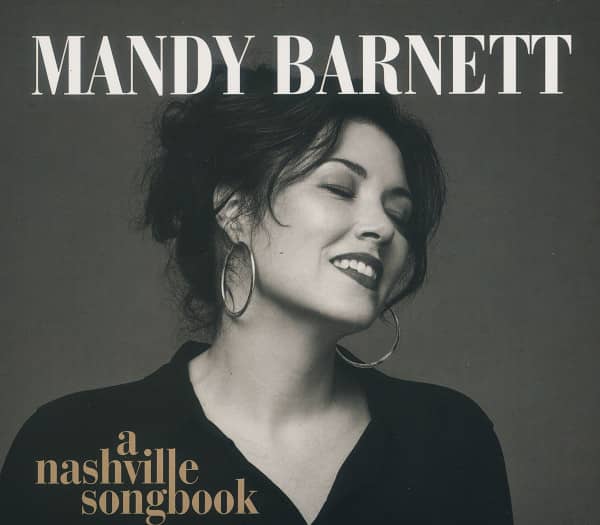 (Melody Place) 13 tracks
Recording artist and performer Mandy Barnett, original star of the musical Always… Patsy Cline at Nashville’s famed Ryman Auditorium, made her Feinstein’s/54 Below debut on August 13, 2019 with tunes from her Nashville Songbook show and other personal favorites. The Nashville Songbook is a collection of standards that made Nashville famous as “Music City”—some of the most influential and iconic country and pop songs ever written, originally recorded by Roy Orbison, Patsy Cline, Brenda Lee, Tammy Wynette, Eddy Arnold, and more and written by the likes of Harlan Howard, Hank Cochran, Willie Nelson, Don Gibson, etc. Barnett has toured her Nashville Songbook repertoire with the Detroit Symphony Orchestra, the Nashville Symphony, and the Ulster Orchestra in Belfast, among other esteemed groups and venues, and has had recordings featured in numerous film and television soundtracks. August 13th was an enchanting night of entertainment with one of Nashville’s “finest classic-country and torch singers” (USA Today) with her Nashville Songbook show that appealed to music fans of all types—who undoubtedly wanted to sing along to some of the best-known classics of all time!

It’s no accident that Mandy Barnett continues to pay tribute to the Nashville Songbook.  Mandy has a deep connection to the songs she sang at Feinstein’s/54 Below, and also to the artists who recorded them and the songwriters who penned them. Mandy grew up in East Tennessee and came to Nashville frequently as a child and teenager to record and perform. During that time, she met many legendary country and pop artists and songwriters. Mandy was pleased to have the opportunity to honor these icons at her Nashville Songbook show!