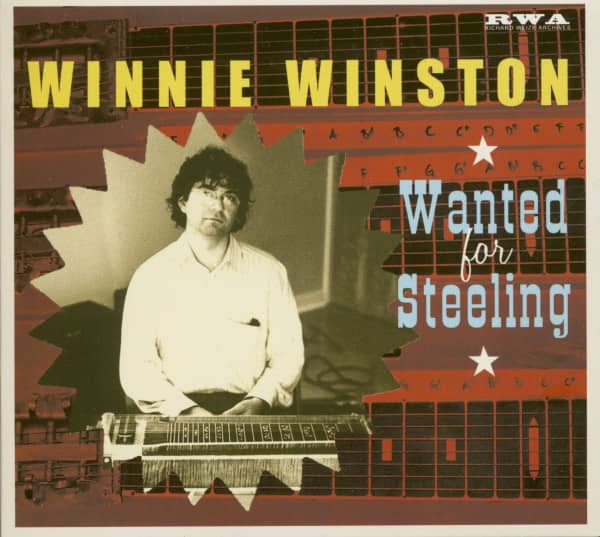 1-CD digipac - 30-page booklet - 27 tracks
-
Winnie Winston was a five-string banjo legend by the mid- '60s. He recorded for Vanguard and Elektra and performed with Bill Monroe.
His group, the New York City Ramblers, shared the stage with Bob Dylan at the 1964 Newport Folk Festival. In 1970 Winnie began to play the pedal steel guitar and promptly created quite a stir. He designed and built his own in- strument and wrote the "bible" on how to play the steel. (Oak Books, 1975).

Winnie played music festivals regularly and recorded sev- eral steel guitar albums during his all-too-brief lifetime (he died in 2005). He is at his formidable steel guitar best on this album, drawn from relaxed, informal, late-night recording sessions over a ten year period (1974-1983.) The album also features Winnie's longtime friend, Hank Davis, on accompanying guitar and bass. The compositions are largely originals and the playing is spontaneous and inspired. Winnie's performance on the steel is daring and runs the gamut of styles from traditional country to western swing to blues to rock. The disc offers a generous 80 minutes of music and the accompanying book is richly illustrated with photos and features an overview of Winnie's fascinating career by Hank Davis.